Skip to content
For a long time here at South East Asia Backpacker Magazine, we’ve been thinking about how we can make a small difference through our website. However, to be totally honest with you… I’ve always been sceptical when it comes to giving money to charity. My first cynicism came when I was a young girl in High School. I had a friend whose dad had the glamorous role of an Overseas Correspondent. She told me that he’d recently witnessed the filming of a Comic Relief project in Africa where he’d watched the building of a well (funded by charity), in a village where the inhabitants previously had to walk miles to fetch clean water. The images on the TV screen back in England showed a glorious celebration of people’s charitable donations put to good use. As my friend’s Dad stayed behind in the village to continue his work, he saw that within a matter of weeks, the well had run dry. The whole operation seemed to have been nothing more than a publicity stunt. As I grew up, I couldn’t help but feel annoyed by the very eager salespeople on the street stopping me to try and get me to give money to charity. I always felt guilty for refusing them and walking away, yet I wasn’t confident that if I signed up to make a monthly deposit with one of these charities my money would be well spent. (For a start, they were employing a student to pester people in the street!)

The feelings of guilt, as well as helplessness to make a real difference, only grew when I began to travel and saw beggars on the street asking for money. Would giving them money alleviate their problem or make it worse? No matter how much my heart wants to give the begging child on the train some money, we’re told time and time again by child protection organisations that this is exactly what you shouldn’t do. I also heard many stories of backpackers with good intentions going to volunteer at orphanages or with local organisations, paying a fortune and leaving the experience feeling uneasy about where their money had been spent. Various other voluntourism projects seemed to prey on the traveller’s good intentions to make a profit. It seems that good intentions, if not well researched, can very easily have a negative impact upon those that you intend to help in the first place.

Recently, I listened to a podcast with neuroscientist Sam Harris and William MacAskill, a philosophy professor and author of the book ‘Doing Good Better’. William is one of the primary voices in a movement called “effective altruism”. In the interview, William talks about the case of the ‘play pump’. Built in South Africa, developed in the late 1990s, it was designed as a way of providing clean water to poor villages. It was essentially a children’s merry-go-round that when pushed would pump clean water up from a reservoir to the village. The invention appeared to be genius: the kids receive a playground toy and the village gets clean water! Win-win. Such a great idea received much media attention, won many awards and received billions of dollars in funding. It was even promoted by Jay Z and Beyoncé! However, in practice, the merry-go-round was a very tiring toy for the children (pumping water is hard work!). So, it was left to the old women of the village to push around a colourful children’s merry-go-round to supply the village with water – a task which they found demeaning. On top of this, it didn’t work so well as a pump, the old-fashioned African hand pumps did a way better job. In the end, many of the merry-go-rounds broke down and were left abandoned in villages across the continent.

When we decided that we wanted to donate a percentage of our earnings to charity, we didn’t want to make the same mistake. We wanted to be sure that any money we gave (and let’s be clear here, we don’t earn much at all, so this is not going to be a huge amount!) went to the ‘right place’ – wherever that ‘right place’ may be. We don’t have all the time in the world to research the best charities to give to, and we’re not experienced enough in the NGO world, to understand the various data that we come across. Effective Altruism (a phrase originally coined by the moral philosopher, Peter Singer) has spawned many websites to help people to decide where they can give a small amount of money in order to have the biggest impact. GiveWell is a non-profit that conducts in-depth analysis of various charities and NGOs around the world and provides people with worthy giving opportunities. Their endorsement of a charity is evidence-based, vetted and underfunded. This is why we’ve chosen to go with the experts.

We’ve decided to give 10% of all of the profits that we make through trips and tours booked on this website this year to the Against Malaria Foundation. Against Malaria Foundation is Give Well’s top-rated charity, which has worked in many parts of Africa and Asia, including Cambodia, Papua New Guinea, Indonesia in SE Asia. They provide funding for long-lasting insecticide-treated net distribution in developing countries. The cost to purchase and distribute a net is around $4 USD and there is strong evidence to suggest that the nets reduce child mortality and malaria cases. As we’re not going to be giving thousands of dollars, we thought that we could make a small difference here. (You can find other recommended charities here on Giving What We Can.)

Why give at all?

Travel has been my career and my entire life since I first left home at age 23. Like most of you, I’ve looked around me as I’ve travelled through developing countries, witnessed the privilege gap, and wondered what I could do to help. I’ve often been annoyed with big companies offering us the option to ‘add $5 USD to your order’ to give money to their chosen charity. If you don’t want to give, you have to untick the box that states bluntly – ‘No, I don’t want to give money to charity’ which could just as easily read “No, I don’t care about starving children, I just want to go on holiday”. Could a Fortune 500 company afford to donate $5 USD of your order without laying the guilt on you? I would say so, yes. We want to give you that nice tingly feeling of having done something good without you having to do or pay any extra. Now, you may think that this is just a publicity stunt intending to get you to spend money on the trips on our website. And, in some ways, you’re right – of course, we hope that our pledge encourages you to book your trip through us instead of one of the larger booking websites! We’d also like to feel good about giving to a good cause. That tingly feeling I mentioned before is a selfish drive that we all like to feel. It’s often cited as the reason that altruism simply CAN’T exist. I guess it comes down to this… Imagine it is revealed to you that you are alive today thanks to some random stranger having donated you a kidney when you were a child. This person had never met you and would never know your name. This person donated their kidney because they knew that doing so would make them feel good. Do you resent them for their selfish motives? Or is the fact that you’re alive today more important?

By Nikki Scott and Dave Noakes (who was not the little girl at high school).

Update 2020: We have not yet made the contribution promised in this article to The Against Malaria Foundation. Due to current world events and their effect on the travel industry, especially on small businesses like ours, we do not know when we will be able to make the donation. We will make it as soon as it is viable for us to do so. 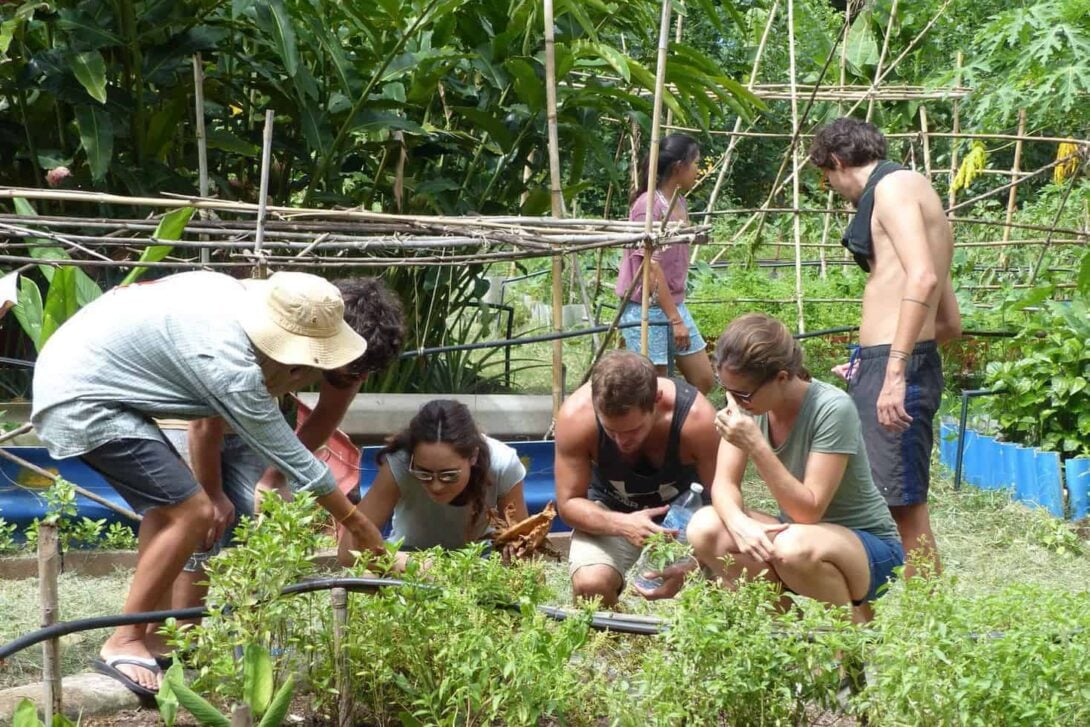 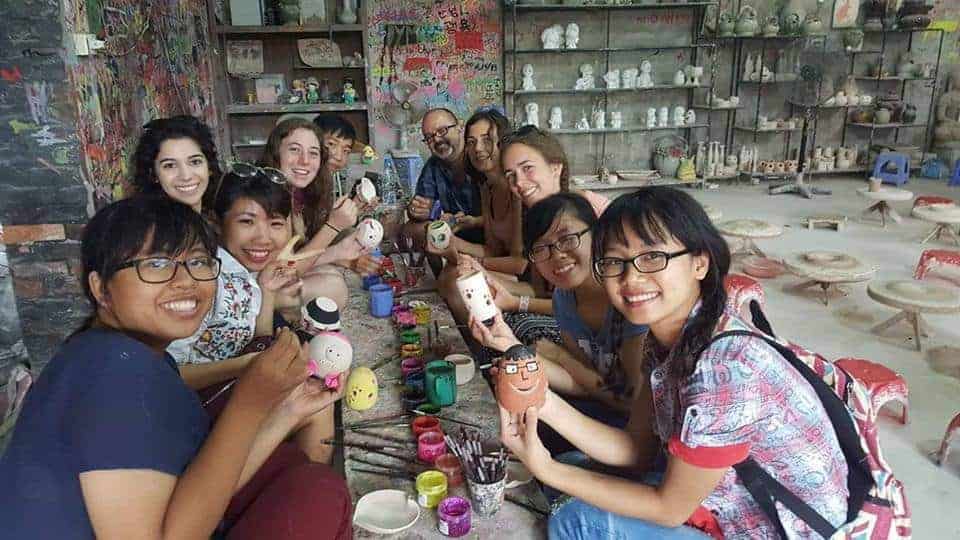 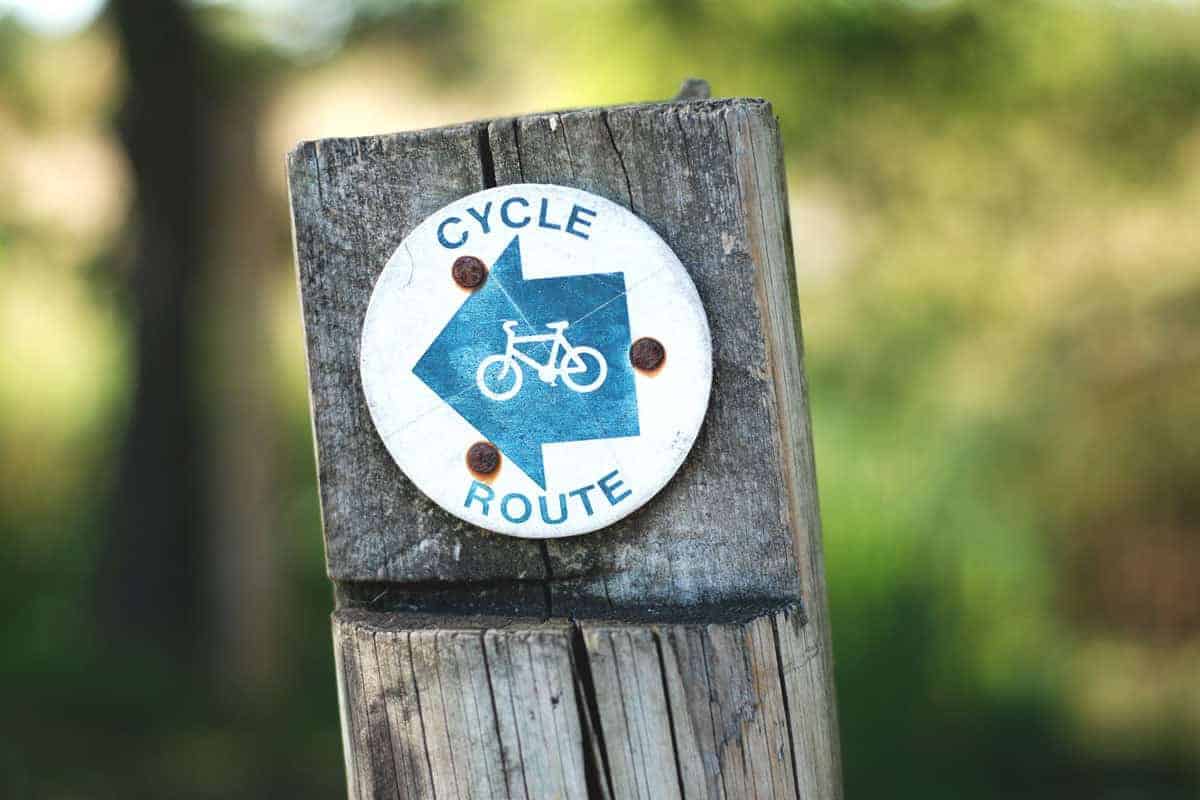