Skip to content
In the past few years, visitors to Myanmar (or Burma) have rocketed as the country made steps towards a more democratic government and opened its doors to foreigners. With an infrastructure that was totally unprepared for such an influx of tourists, Myanmar has been struggling to keep up with the demand! With barely enough beds to sleep bodies and not enough companies making the most of the incredible opportunities for adventure – travellers were left with limited options. We even heard reports that backpackers had been strongly discouraged from trying to venture off the beaten track by local authorities, had been followed by over-protective government people not wanting harm to come to a foreigner in their area… or tales from people who had simply not been able to find any accommodation in more remote areas! In Myanmar, unlike other parts of South East Asia where you can easily hire a motorbike, it can be hard to venture off alone. Travellers still need permits to travel in some areas and it can difficult to know where to go. Safety concerns are an issue, (to do with areas of upheaval rather than dangerous locals), yet as the signs that are everywhere in Burma say – “Warmly Welcome and Take Care of Tourists.” It’s true that the people of Burma are so friendly that they would cook you dinner and have you spend the night if they could – however, did you know that having foreigners stay at your house is illegal for locals in the country? So, while we know that travel is always an unexpected adventure, sometimes you may need a little helping hand in exploring a country that has been pretty much off the radar for the passed 50 years. You may want to organise one of these treks at a travel agent when you arrive in Myanmar rather than venturing off yourself! Check out some of the best organised treks in the country: 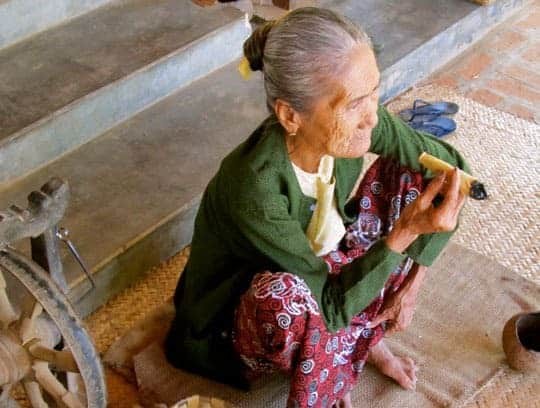 Here are three of our favourite trips for backpackers, outside of the golden triangle tourist route, that we highly recommend!

Asia Tours organize trekking trips in this naturally beautiful area to visit the tribal villages and witness their ancient way of life. Inle Lake is home to the Intha people who are famous for their unique technique of leg rowing. Eat breakfast at an ancient monastery, explore limestone caves and then by night, eat dinner with the families in the local village and learn how to dry the cheroot leaves that are the main ingredient for the authentic Burmese cigar. There’s no experience quite like it in South East Asia. 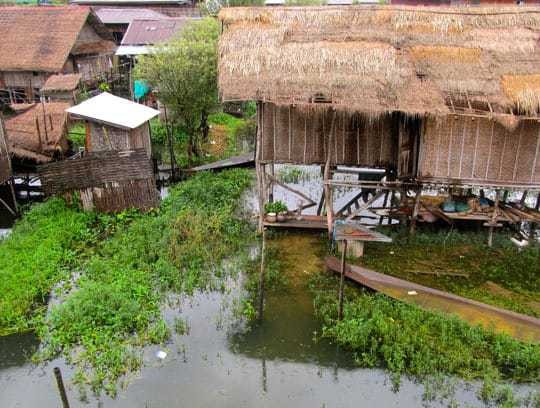 The floating villages around Inle Lake, a photographers dream.

For almost 100 years the British ruled Burma and there are reminders everywhere of colonial occupation. Pyin Oo Lwin is a colonial hill-station surrounded by green-carpeted landscapes. It’s also a place where you can spend an atmospheric night – smoking a cigar and reading a George Orwell novel – if you so wish… From here you can take a local and spectacular train ride to the remote village of Hsipaw across the 2nd highest tallest viaduct in the world, built by the Americans in 1899 – incredible scenery guaranteed along the route. In Hsipaw, (which is part of Shan state) explore the local ethic market, which can be an overwhelming and amazing experience for visitors, as well as taking a beautiful boat ride on the Dhu Hta Waddy River, passing fruit plantations, monasteries – and even enjoy a spot of swimming. The trip ends in Mandalay – and on the journey home you’ll get the bonus of seeing the impressive Baw Gyo Pagoda, which is one of the most revered pagodas in Shan state. This is an amazing introduction to colonial and historical Myanmar! 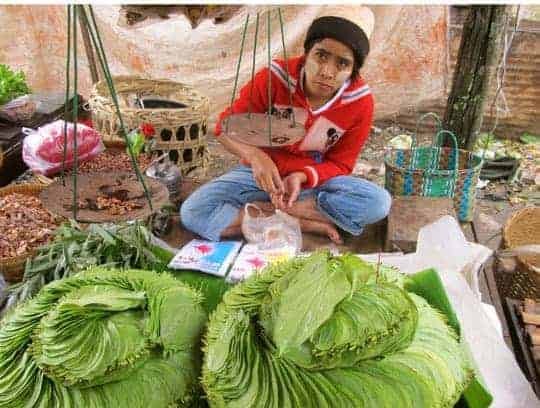 One for the athletic backpacker as you’ll be hiking five hours of undulating landscape each day – on this trip you will explore the eastern mountainous regions of this fascinating country. Hiking here is also a great opportunity to get to know the indigenous people living in the areas, such as the Danu and Palaung hill tribes and the Pao (dragon people), existing in the same way as they have done for thousands of years. Lakes, caves filled with Buddha images, mountains – the area is a haven for explorers and you will feel like you are discovering it for the first time as no other tourists spoil your view (this is in 2013!) On this trip you will get the chance to spend the night at a Buddhist monastery, and be the welcomed guests of the monks who live there. An added option (for the very sporty types as it’s a six-hour round trip, before walking an extra four hours to the next village in the evening) is to summit Mount Yasakyi (1900m) – breathtaking views reward all those daring enough! 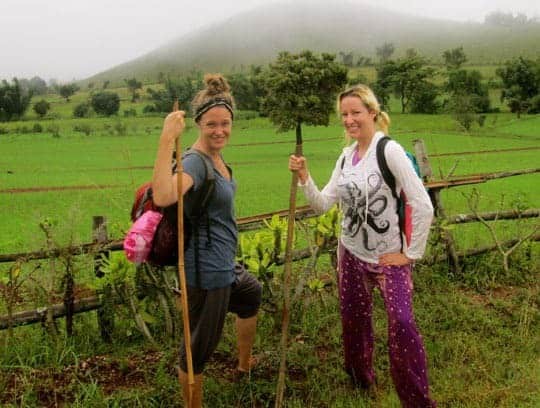 Getting down and dirty on a rigorous hike through Myanmar’s Shan State.

A topic that used to be highly debated amongst backpackers – how do you get a visa to Burma? Friends of ours who had anything to do with the media were nervous about disclosing their true profession as the Burmese Immigration laws were strict on allowing journalists into the country. Nowadays, however it’s as easy as getting a visa to any other South East Asian country – (if not easier as Burmese are welcoming tourists with open arms!). You can apply for a visa at a Myanmar Embassy in any capital city. We recently picked one up in Bangkok for 1,200 baht, taking an afternoon (just three hours) to process. 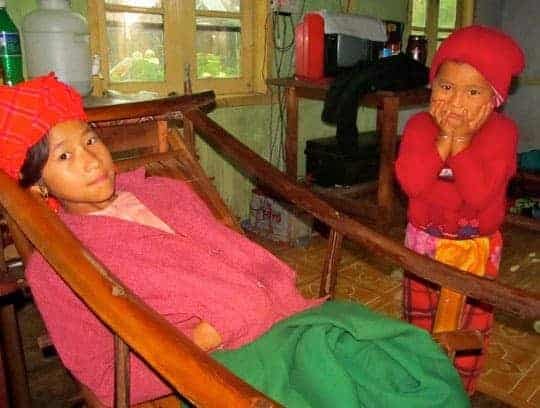 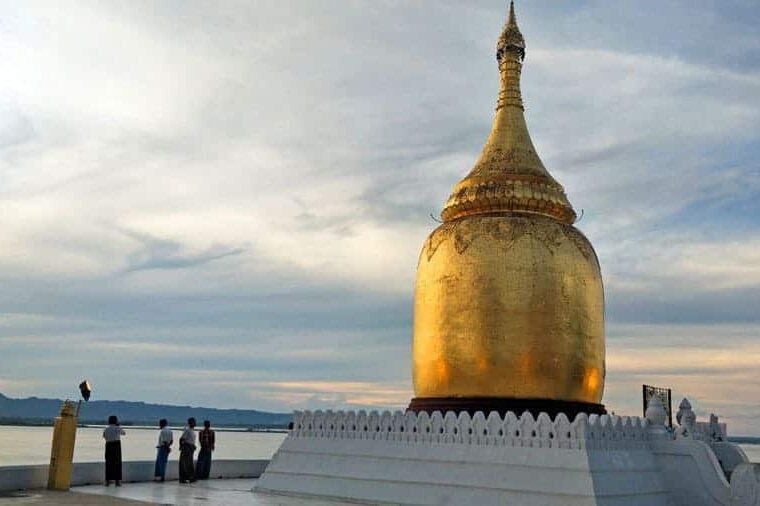 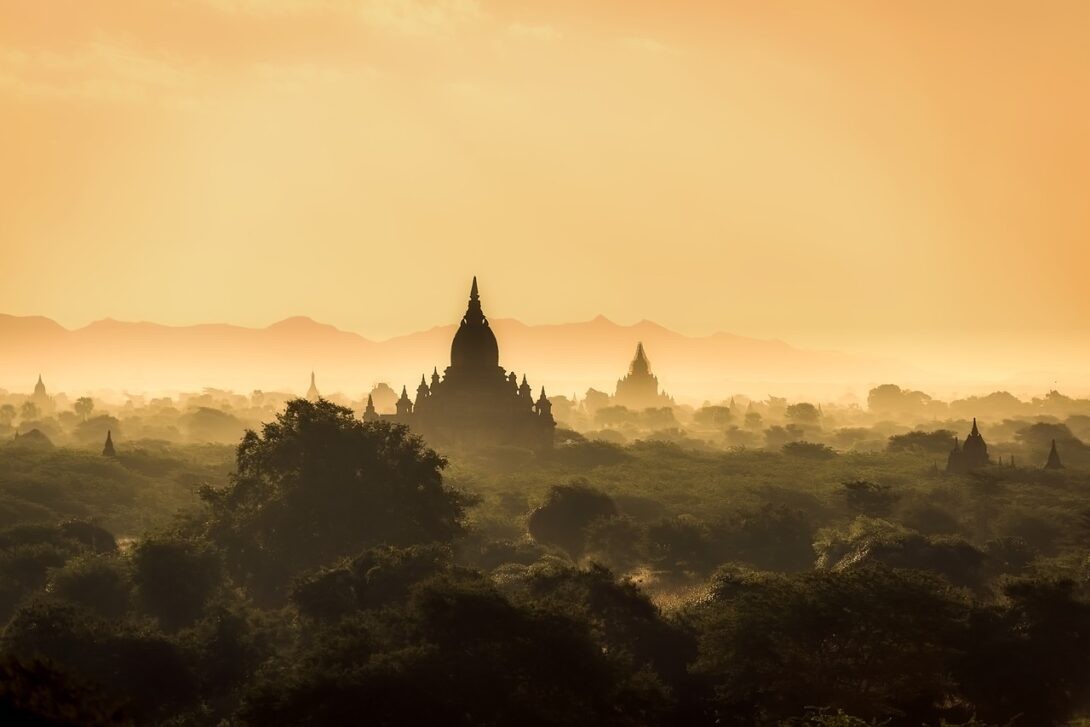 4 thoughts on “Exploring the Hidden Secrets of Myanmar – 3 Must-Do Treks!”