With lungs working in overdrive, sheer willpower forced one foot in front of the other as I climbed endlessly upwards. The thin air was slowly warming from its frosty darkness with the first rays of the day, but the breeze still blew chilly around my exposed neck and face.

It was no matter though; my physical effort was more than enough to keep me warm through my sloth-like ascent of Kala Patthar, the acme of the Everest Base Camp (EBC) trek in Nepal.

Streaming by me on my ascent were other trekkers who had made it to the top to watch the sunrise from behind Mt. Everest. “You’re almost there!” and “It’s worth it!” were the words of encouragement I received from the invigorated trekkers on their way back down.

I tried so hard to believe them, but it was difficult to share in their delight through the thick curtains of my physical struggle. Breathing less than 50% the amount of oxygen found at sea level, and with no breakfast to keep my stomach company (after having drudged myself out of bed at 5:30 am in utter darkness), I was a little less than thrilled to be exactly where I was.

But as I would ultimately discover, of course, all those descending trekkers were invigorated for good reason. The pinnacle of Kala Patthar is (literally) breathtaking. It looks out over a 360° view of the Everest region of the Himalayan range, including the peaks of Nuptse, Changtse and Mt. Everest itself – the so-called ‘roof of the world’ at 8,848 meters (29,029 feet).

Below lies the Khumbu Glacier, a frozen, cracked river of ice and dirt. At the head of the glacier, like a tiny patch of buttercups viewed from atop a two-story building, the yellow tents of the Everest “summiters” are crowded together at the foot of Khumbu Icefall – an immense, perilous sheet of cracked ice at the foot of Mt. Everest.

I plopped myself down on a cold boulder in exhaustion and awe to take it all in. The small, rocky, barren area that was the pinnacle of Kala Patthar was almost empty, as all the early trekkers had already left the summit, leaving my guide and I to enjoy the vista in peace.

The majestic views and soul-lifting experience of being on top of Kala Patthar was an ultimate experience. I wasn’t on top of the world, but I certainly felt like I was.

The daily sights and views along the Everest Base Camp trek are absolutely spectacular. I’ve never seen anything that compares to the epic beauty and majesty of the Himalayas. Every morning I woke up to a new, even more impossibly high and beautiful mountain looming over my humble teahouse.

Each day, the mountains grew unfathomably higher, until the final stop of the trek—the base of the tallest mountain in the world. Talk about motivational scenery! Upon hitting those points of exhaustion, I needed only to stop in my tracks and look up.

Towards the beginning of the trek, the flora was green and lush. Each year, rhododendron bushes bloom towards the end of the dry season in Nepal (March and April), which is when I was trekking. The mountains at the lower altitudes of the trek were peppered with the beautiful, flower-covered bushes, adding blushes of magenta to the towering green slopes.

As the mountain peaks towered above in their incredible splendour, there was matching beauty below in the rushing rivers of glacial runoff that coursed turquoise-blue through the valleys. Bridge after swaying bridge spanned the gushing waters and were laden with colourful prayer flags that fluttered in the wind. I often had to wait at one end of a bridge for hairy, lumbering yaks to cross before continuing onward.

As the trek went on and the altitude increased, less and less vegetation was able to endure the harsh climate. The greens and magentas of the lower altitudes were replaced with the almost desert-like scenery.

The last stop of the trek – Gorak Shep – was a barren land of sand, rock and ice. Nothing lived there, at least not naturally. The scenery of the lower altitudes was arguably more beautiful, but there was a cold glory in the barren landscape at 5,164 meters (16,942 ft.).

It was an uninhabitable and cruel area, particularly because of the lack of oxygen, but it was also a place where the neigh impossible had been made possible, where tremendous feats had been conquered by mere human beings and their collective, intense passion for life.

So, You Want to Climb Amongst The Tallest Mountains in the World?

Experiences such as these are incredible, nothing can compare to the feeling of being so small and insignificant among such startling nature. However, despite the sheer magic of climbing what you quickly realize when you are out in the wild is that it matters who you go with.

Owned by the passionate and knowledgeable Rakesh Shahi a man whose life has always been centred around the mountains, Mystik Mountains are a trekking company in Nepal who sell their trips via this website. We’ve heard excellent reviews about them and they offer some awesome treks, from the most popular to the real off the beaten track.

Rakesh got his start as a guide working for one of Nepal’s government-sponsored tour groups. Staring up at the majestic mountains he said:

“While trekking I came to realise it’s not only the mountains that mesmerise me but also the lush green valleys, arid high plateaus, incredible landscapes, beautiful forests, pastures, green rice terraces, fertile agricultural land, and Nepal’s rich culture and civilisation.”

After three years of showing off his incredible country, he realised that not only did he want to continue trekking, but he wanted to create his own company that also focused on providing social and economic growth for the local communities of Nepal.

Not only that, but Rakesh also noticed a lack of quality service among the different trekking groups, the more hikers he talked to the more he realised that many people were getting very different experiences than they were promised. So Mystik Mountains was born!

Offering classic mountain treks – some lasting a total of 25 days for all the serious trekkers out there – as well as cultural tours, safaris, and spirituality pilgrimages.

Rakesh has kept his focus since day one and has created a company that not only respects nature but also the local communities and the travellers that accompany him. A strong individual hoping to set the standard for Himalayan hiking expeditions amongst the tallest mountains in the world.

Ready to see what the view looks like from the top of the world?

This is a sponsored article. 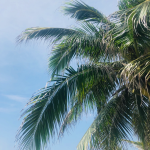 Tyler, originally from Massachusetts, became familiar with SEA Backpacker Magazine whilst living and teaching in Chiang Mai. She travelled to South America with the owner of the company to help set up their second magazine, South America Backpacker. Currently back in the US, she continues to document her experiences on her blog, The Thai Chronicles. Interested in becoming a writer for us?