Skip to content
Written by Southeast Asia Backpacker Ambassador Chase Berenson, 30th May 2014 On May 22nd the Thai Army announced that they had taken over control of the country through a military coup.  The two biggest questions that everyone has been asking since then are, “What does this really mean for my upcoming trip to Thailand?  And is it true that 7-11s are actually closing?”  The short answers are, “Not too much” and, “Yes, 7-11s are closed from 12midnight-4AM until further notice”.

Though a military coup sounds scary, it actually hasn’t done much to change life in Bangkok for either residents or backpackers!  In the immediate aftermath of the coup, life in Bangkok was only impacted in two ways: all television channels were shut off, and a national curfew was announced.

Luckily for you, the TV was turned back on days ago, and as of the 28th the curfew has been shortened so that it’s only in effect from 12midnight until 4AM.  There are many bars and clubs (especially in the Khao San and Sukhumvit areas of Bangkok) that are openly disobeying the curfew and serving drinks all night. However, personally, I wouldn’t risk being out and about during those hours. 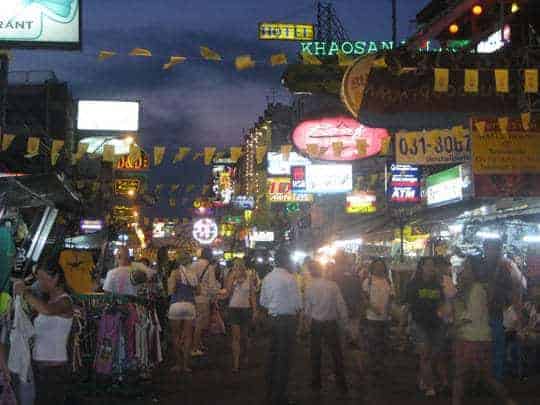 Khao San Road is still the nightlife hub for backpackers

Despite the curfew, Thailand’s transportation networks are still operating essentially as normal.  You can still travel to or from Bangkok’s airports during curfew hours (make sure you carry your passport and flight information for proof!), and overnight trains and buses around the country are still operating (though trains or buses that arrive in Bangkok during the curfew hours have been rescheduled). 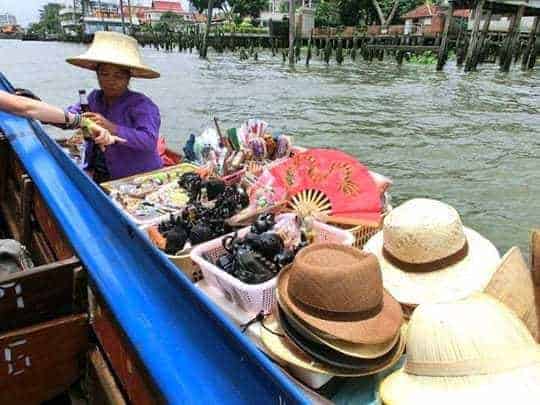 It’s business as usual for many in Bangkok

There are sporadic anti-coup protests throughout Bangkok, and backpackers are recommended to stay very far away from them, as the military responds to these protests very quickly and seriously. You don’t want to end up getting caught up in one.  However, it’s important to realize that these protests aren’t spontaneous affairs, and if you just check online where protests are going to be held you’ll know where to avoid for the day.  You most likely won’t find trouble unless you go looking for it.

The vast majority of the protests and military response has been limited to Bangkok and Chiang Mai, which means Thailand’s famous islands and beaches are for the most part not impacted.  Southeast Asia Backpacker Ambassador Charla Hughes is currently enjoying the island life, and she reports that, “Aside from the earlier closing times for most businesses due to the national curfew, Koh Samui is operating pretty much the same as before the coup.” 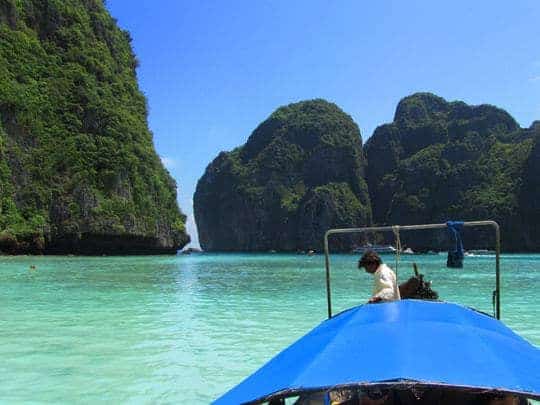 Island life is as tranquil and beautiful as ever…

So… there’s no need to cancel your trip to Thailand!

The markets, the temples, the palaces, and even the shopping malls and movie theatres are all still operating as normal.  The fruit vendors still ply the streets, the monks still collect alms in the morning, and Chang will still give you a nasty Changover the next day.  With a little bit of awareness and common sense, you won’t have any problems with your dream trip to Thailand!

N.B. Always remember that the situation can change fast and while you travel, you should always keep yourself informed through international and local news channels.

TIP! Make sure you book travel insurance before you go. Check out our recommended provider here and search for a cheap quote. 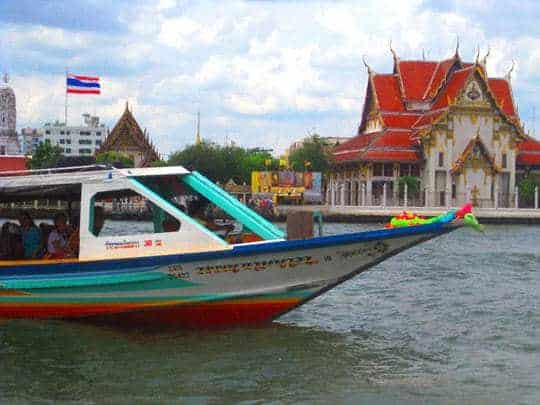 For up to date information that isn’t insanely sensationalist, check local sources such as the Bangkok Post, Thailand’s largest English-language newspaper, at www.BangkokPost.com and follow local blogger Richard Barrow at www.twitter.com/RichardBarrow.

After six years of cold weather, Chase moved from Alaska to Bangkok to work and explore SE Asia. Along with his fiancé, Charla, he has completed some epic travel adventures like driving a car from London to Mongolia in the Mongol Rally! Chase is currently taking a break from travel living in the US and saving up for his next trip!

11 thoughts on “What’s going on in Thailand? Advice for Backpackers on the Thai Military Coup”