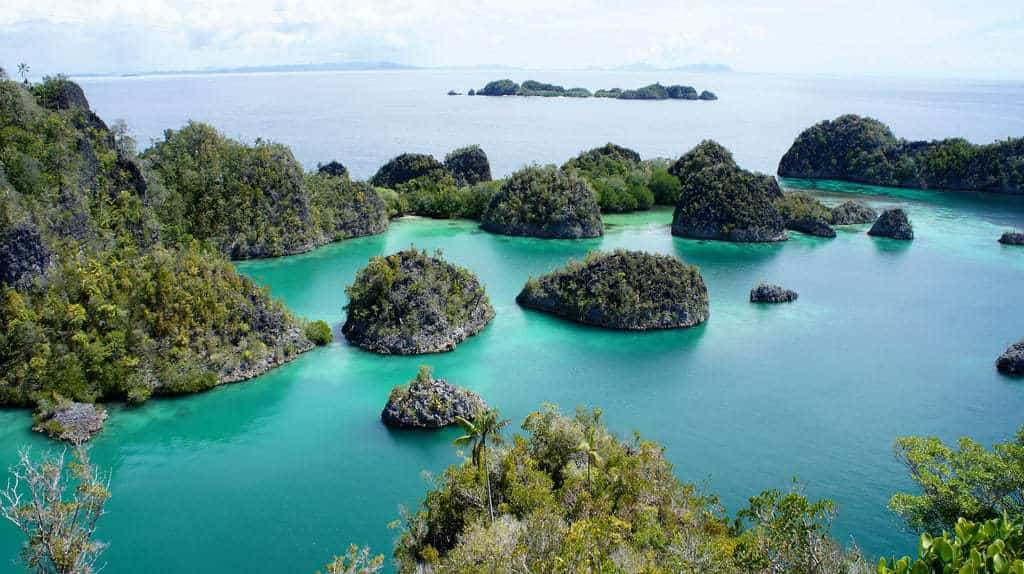 Indonesia is made up of over 17,000 islands, around 6000 of which are inhabited. Considering the challenges of building a reliable cell network across a country made up of islands, it is not a surprise to learn that many carriers have come and gone in recent years. However, a couple of good ones remain.

Mobile internet speeds are pretty good on the main islands but can get congested the further you get towards a large population centre. Every inhabited island is at least covered by 2G, which works fine for calls but don’t expect to be able to do anything else with it.

Buying a SIM card in Indonesia is quick and easy but all SIMs must be registered at an official store, even if you buy them from a street vendor. If you do not register the SIM within seven days of activation, it will be cut off. Some SIMs may not even work until you have them registered.

They will also give you the codes required for top-ups and balance checks.  Bali is the most expensive place in the country to buy a SIM. You can expect to pay 5X what you would pay elsewhere in the country.

There are rumours online of fake ‘official’ stores popping up around the country. These can look very similar to the real thing, only they charge more and sell dodgy SIMs that will only work for a day or two. To make sure you don’t fall for this trap, ask at your accommodation where the best place to go is as they will be sure to know.

When buying top-ups, expect to pay a 5% surcharge on top of the amount of credit you are buying. This is normal around the country and is how vendors make a profit on selling the top-up cards.  It is also worth noting that as of 2018, strict censorship laws came into place intending to block pornographic content.

It also means that sites like Tumblr and Reddit are blocked. Not all providers are on board with the ban but it is in constant flux as to whom will allow you to access what site. As a fallback, you can use a VPN which work fine throughout the country and allows you to access whatever content you please.

Backpackers looking for a quick recommendation about the best SIM for backpacking in Indonesia should grab a Telkomsel SIM. For more information about their SIMs and coverage, as well as details about the main alternative, IM3 Ooredoo, keep reading!

Telkomsel is the largest network within Indonesia and is, in fact, in the top 10 largest networks in the world by customer numbers. They have a presence on each inhabited island but do not expect a strong data connection outside of the main hubs.

They are more expensive than the competition but for the extra money, they provide a much more reliable network. If you are only visiting the main islands then sure, one of the other networks will probably suffice but if you will be moving around a lot, or visiting more remote locations, Telkomsel is a good choice.

Knowing which SIM card to get can from Telkomsel can be quite a challenge, as each one offers different bundles and packages. Each SIM has a unique name, so they are easy to differentiate between but they do tend to change frequently.

Do not just go for the first SIM you see, instead browse through your options to see which best fits with your usage and amount of time you will need the SIM for.  Whichever SIM you choose, be sure to ask for a 4G SIM (it will have 4G written on it) because these are not always the default given out by shops.

IM3 Ooredoo, formerly Indosat, has good speeds and great coverage on the main islands and cities but in more remote locales the signal is non-existent.  IM3’s main advantages over Telkomsel are price and simplicity.

Whilst still more complex than the SIM card deals offered at home, they are much easier to wrap your head around than that of their competition. Data can be added as a one-time transaction and then topped up when required or you can set up a rolling data plan which will auto-renew every 1-10 days.

Some packages allow you to use most social media apps, including WhatsApp, without having any data allowance, which can be useful in a pinch!

Whilst these are not the only carriers operating within Indonesia, the others have such a small market share or only operate in localised areas on the main islands, that we have chosen to omit them from this list. They are not useful for travellers who really want to explore the country!