An Introduction to Backpacking Malaysia

Split across two land masses, Malaysia consists of Peninsular Malaysia, the strip of country lodged in-between Thailand and Singapore, and the northern part of the island of Borneo, called Malaysian Borneo. The country is rich not only in economic terms but in cultural diversity and a varied landscape. The capital, Kuala Lumpur, is located on peninsular Malaysia.

EAT! – Roti Canai: The Malaysian alternative for a midnight kebab on the way home, this flatbread comes with a variety of mouth-watering dips and is designed for eating by hand. Pick yourself up one from a roadside stall for as little as RM0.90.

DRINK! – Teh Tarik: This hot sweet tea is named after the ‘pulling’ motion (tarik) used to pour it. Often served with a dose of condensed milk, it’s the perfect afternoon pick-me-up.

WEAR! – Cover up: Over 60% of the population are practising Muslims in Malaysia, it’s respectful to cover up here.

BEWARE! – The Price of Alcohol: As an Islamic country, beer is sold only at licensed stores for the country’s visitors. As a result, a beer here will set you back a whopping RM7.50! 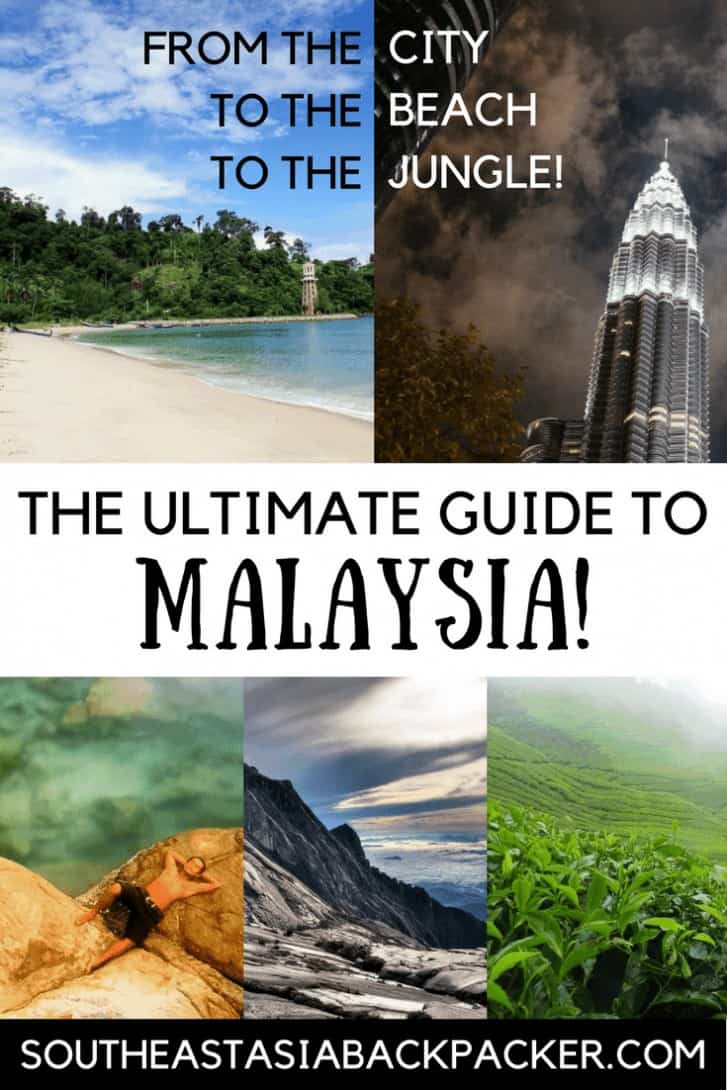 Check out our travel guides to the best places to visit in Malaysia below! Scroll further down and you’ll find some important travel info as well as an overview of each region! 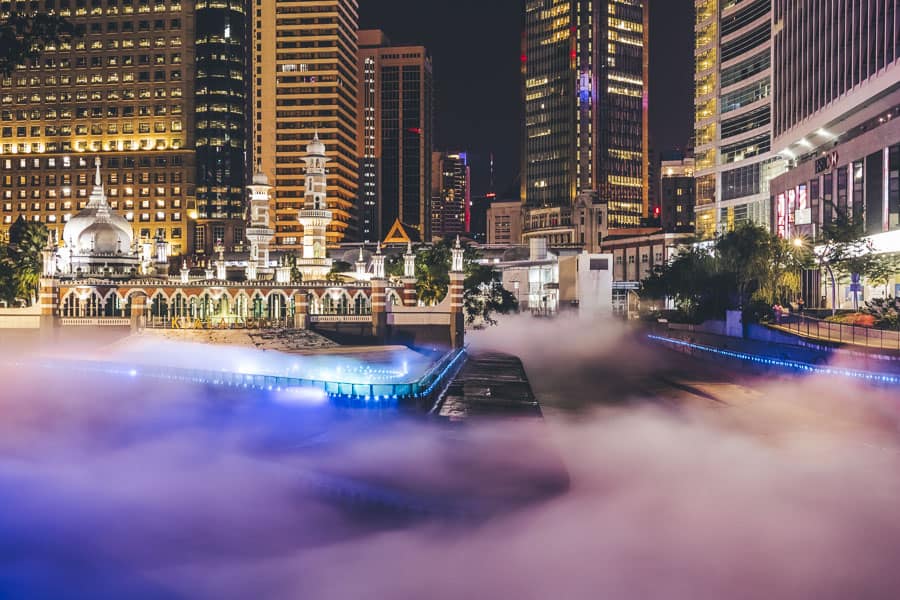 11 Things to do in Kuala Lumpur – The Alternative Guide

There is pretty much always something happening in KL, to suit everyones tastes. Take this [...] 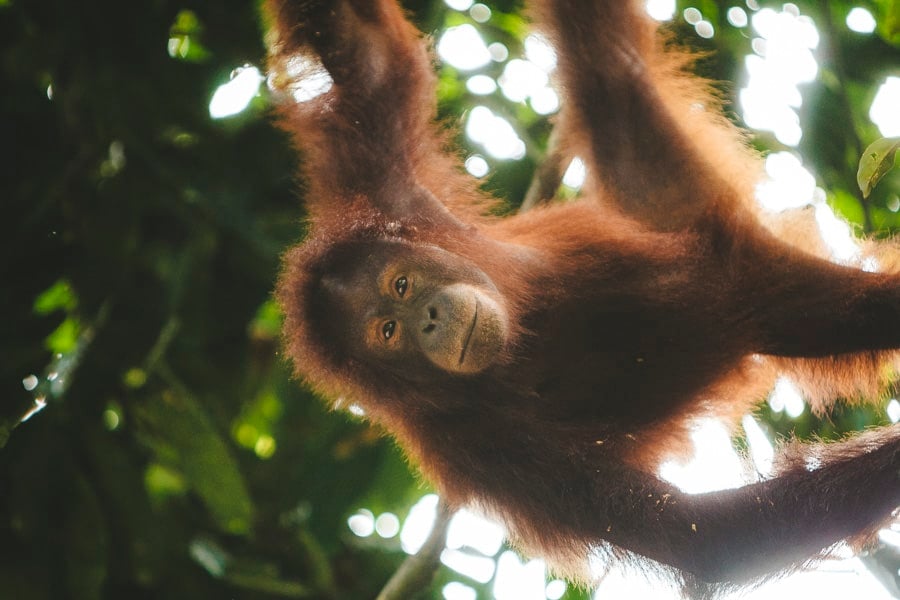 This Borneo itinerary has everything you need to fill a three epic weeks in eastern [...] 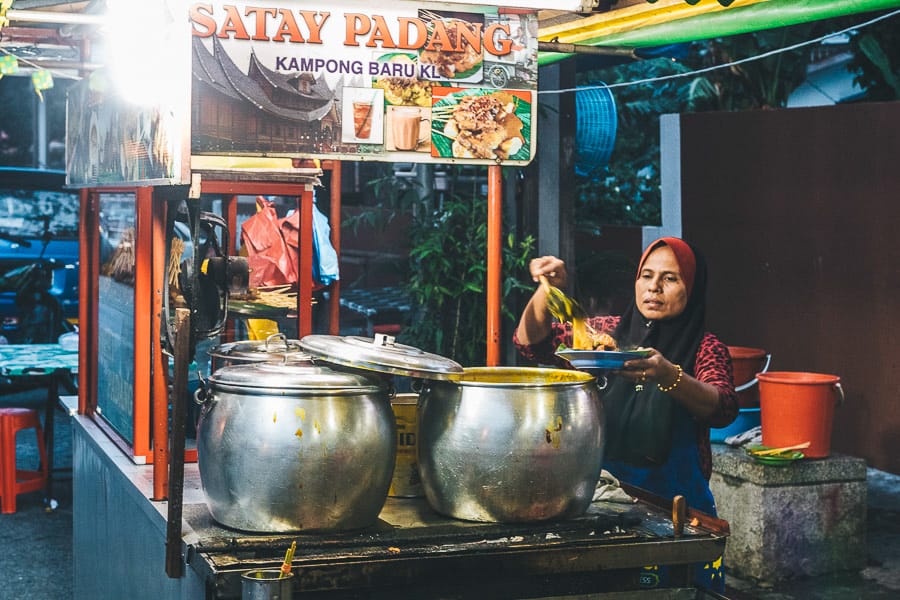 On the hunt for the taste of traditional Malaysia, writers Ellie and Will join A [...] 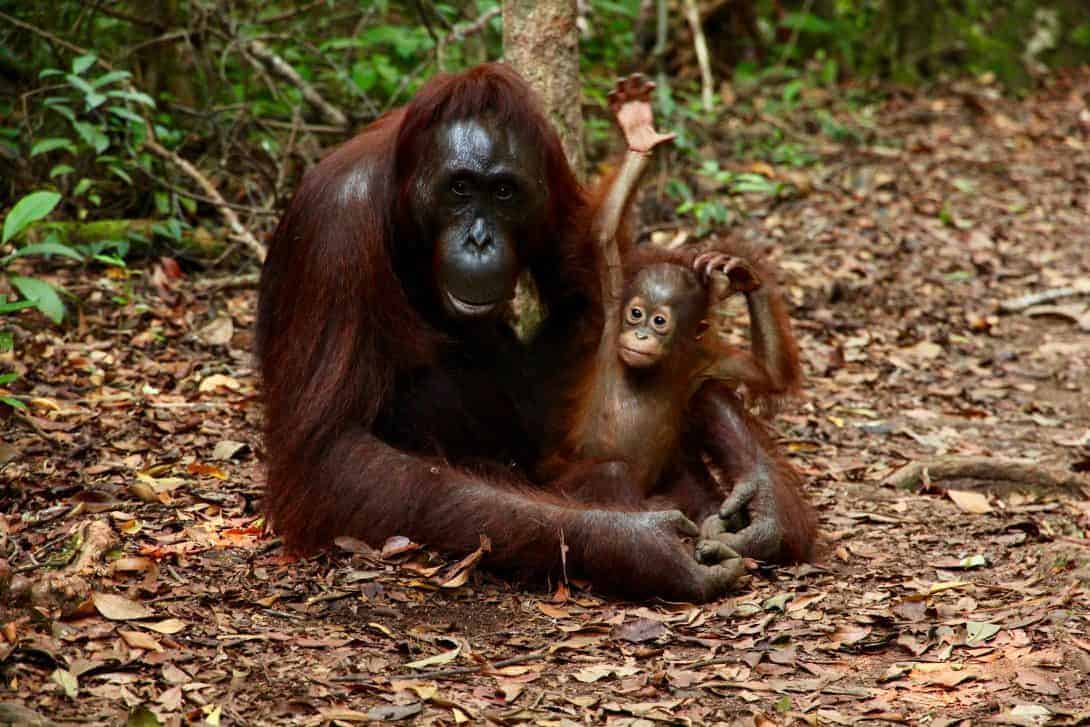 Sarawak, Borneo is a place that combines wildlife, beauty and adventure! From orangutans to mouth-watering [...] 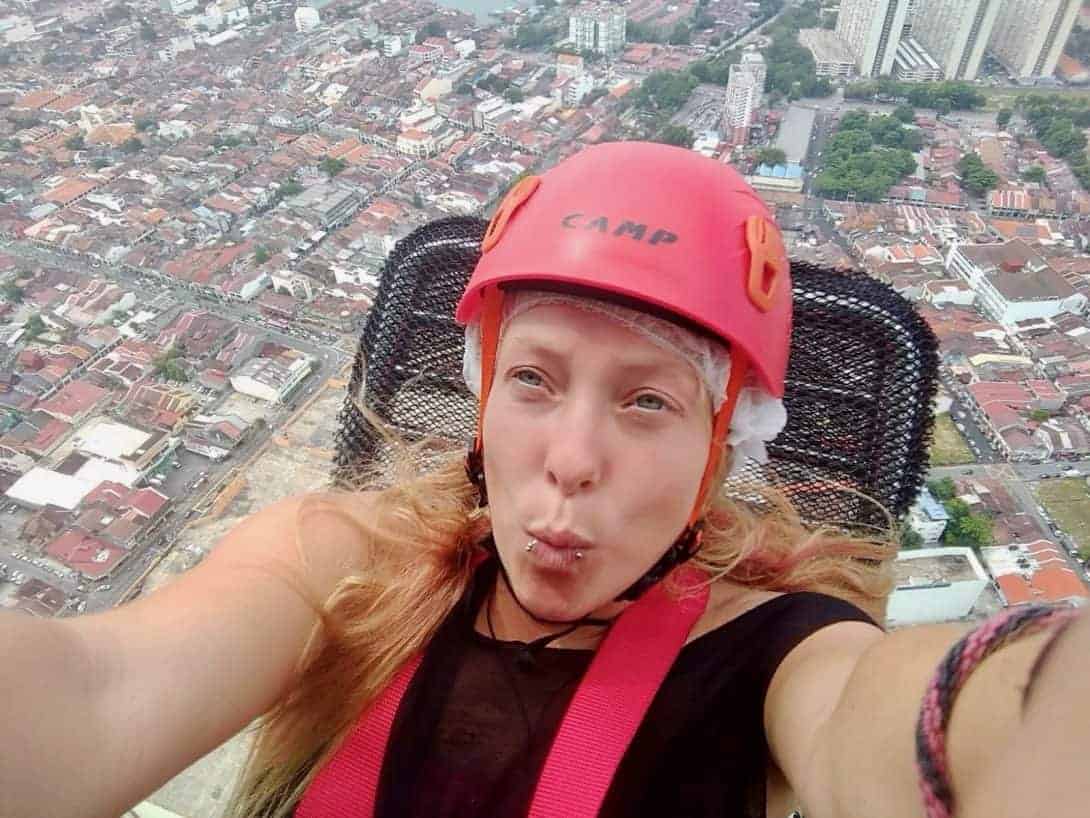 Viktoria and Laura enjoyed The Gravityz Rope Course Challenge free of charge after replying to [...] 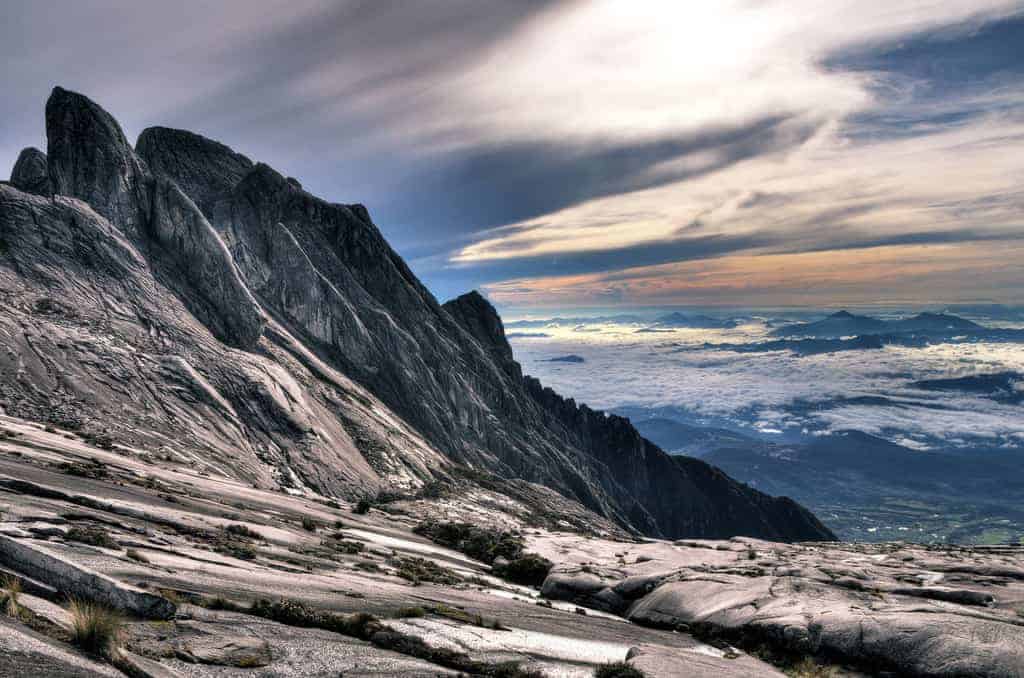 After weeks of preparation and excitement, today is the today I will climb Mount Kinabalu! [...] 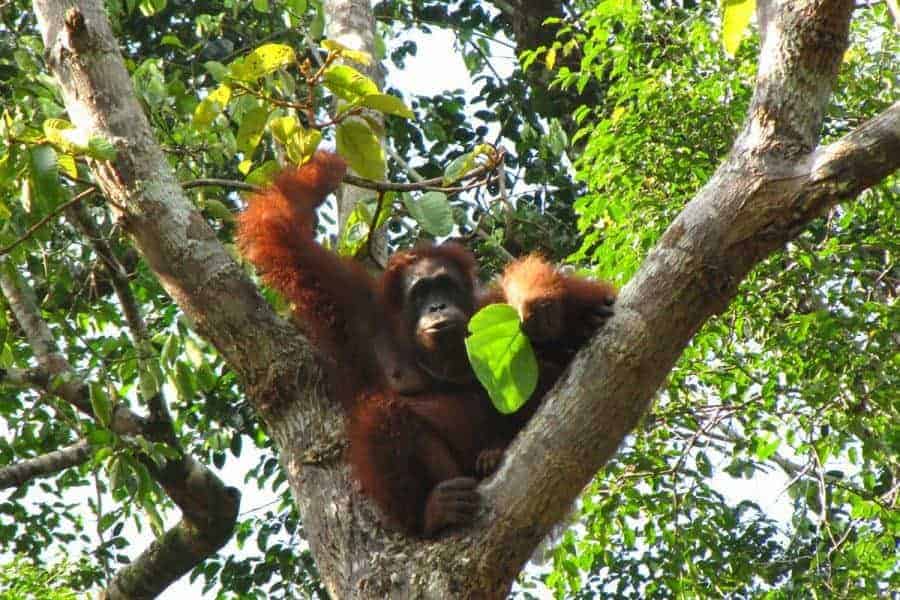 Borneo is not as heavily written about as some of its other neighbouring countries, this [...] 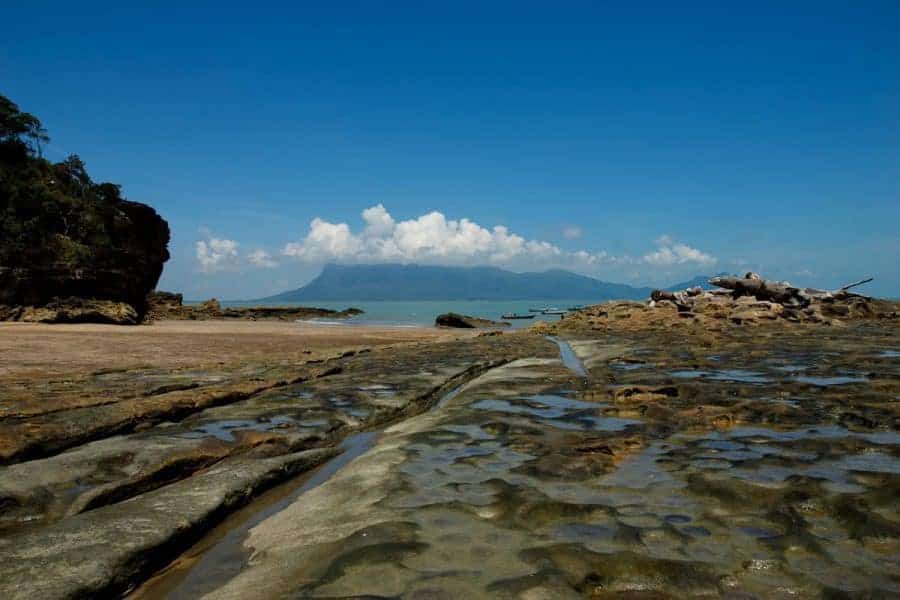 One of the best things about backpacking is that you come into contact with some [...]

Often the first thing to be noticed by tight backpackers who travel to Malaysia are the higher prices here, compared to nearby Thailand and Cambodia. Hopefully, this won’t deter you, as the country offers a wonderful change from Buddhist Southeast Asia and it’s worth a visit even just for the food options! Aim to be in this multicultural society for Chinese New Year (read more about the Festival) and you’re in for a real treat, with extensive celebrations and colourful parades.

Upon entry to Malaysia, most nationalities get a 90-day visa-free entry, which is a lot more than the neighbouring countries offer! It’s known as the “Social Visit Pass”.  Read more about visas here.

SIM cards provide good connection in Peninsular Malaysia, however, travellers to Borneo may struggle to stay online as internet speeds are poor and connection is patchy. Our recommended SIM for travellers in Malaysia is the DiGi Traveller SIM, although there are other options available. Check out this post for more information regarding SIM cards in Malaysia.

Adventures and Activities in Malaysia… 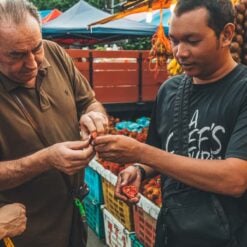 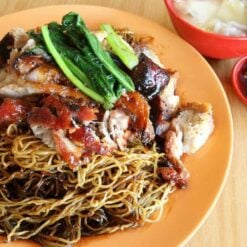 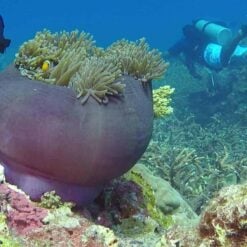 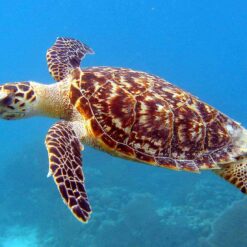 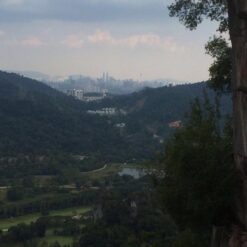 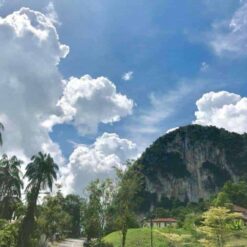 Found between Thailand and Singapore, Peninsular Malaysia (often known as West Malaysia) is home to the majority of the country’s multicultural population. Home to the capital and largest city, Kuala Lumpur, West Malaysia is more developed than Malaysian Borneo at just a 1/3rd of the size. Peninsular Malaysia is cut in half by the Titiswanga, a mountain range running right down the middle.

Often overlooked in favour of its most famous celebrity neighbour, Thailand, upon closer inspection Peninsular Malaysia has a lot going for it in terms of diversity, welcoming locals and a fantastic transport network to get around. There’s ancient rainforest, charming colonial towns, a UNESCO World Heritage site, stunning islands and beaches, even tea plantations!

Almost on the border with Thailand, the tax-free Langkawi Islands are a haven for divers, snorkelers, sunbathers and those in search of cheap booze! With recent heavy marketing, the islands have become very touristy of late and many backpackers prefer the more chilled out, Perhentian Islands which you can reach from the strictly Muslim city of Kota Bharu. Raved over as beautiful island gems, in particular, Pulau Perhentian Kecil with its white sandy beaches, jungle backdrop and chilled out beach bars, the Perhentians are a must stop for beach-lovin’ backpackers. 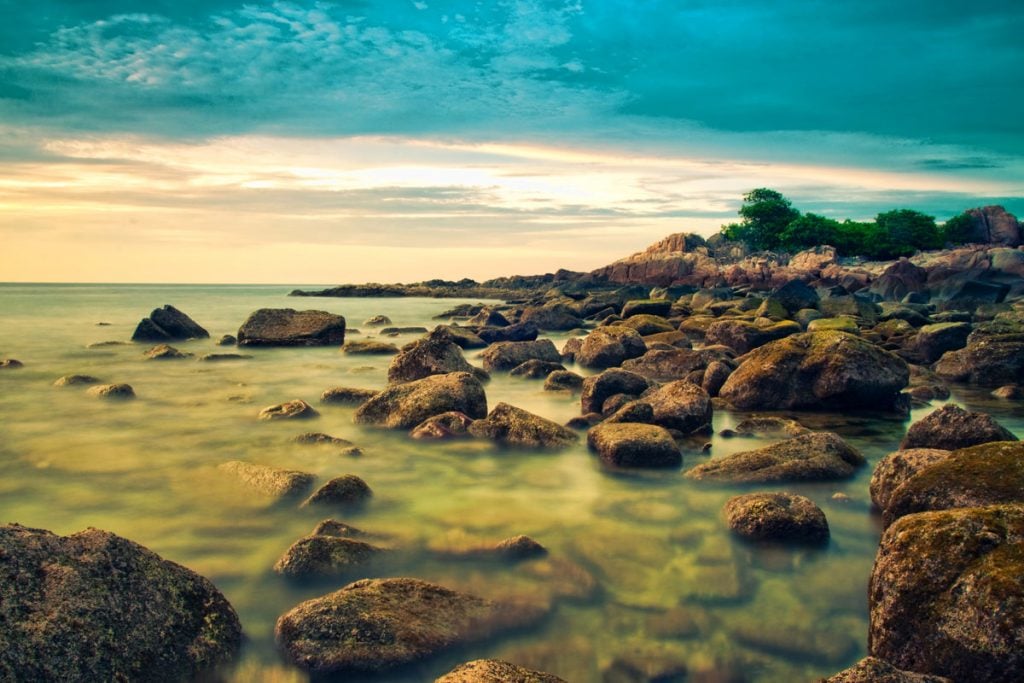 Further south, the colourful colonial island of Penang is a border-run stop for many expats and long-term travellers in Thailand. Great food, cheap guesthouses aplenty and good transport links to nearby Indonesia and Thailand.

Not far away on the mainland, you’ll find Taman Negara, an ancient tropical rainforest filled with thousands of different species of flora and fauna. Take a trek into the depths of the jungle across bamboo bridges hanging above the canopy. From there, you may like to stop off and refuel in the city of Ipoh or head over to the east coast to make a stop off at the little visited, authentically Malaysian town of Kuala Terengganu.

No visit to Peninsular Malaysia is complete without a stop in Malaysia’s bustling capital city, Kuala Lumpur – a melting pot of cultures with fantastic shopping, dining, street food and partying. Only a few hours from the heat of the capital, you can visit the Cameron Highlands with its silky green tea plantations. Once a hill-top retreat for the English colonial gentry, the highlands, which stand at 1,500 metres above sea level, offer fantastic trekking opportunities in a cooler and welcoming micro-climate. Famous for being the home of the World’s largest tea plantation, The Cameron Highlands were named after Sir William Cameron, who discovered them in 1885. 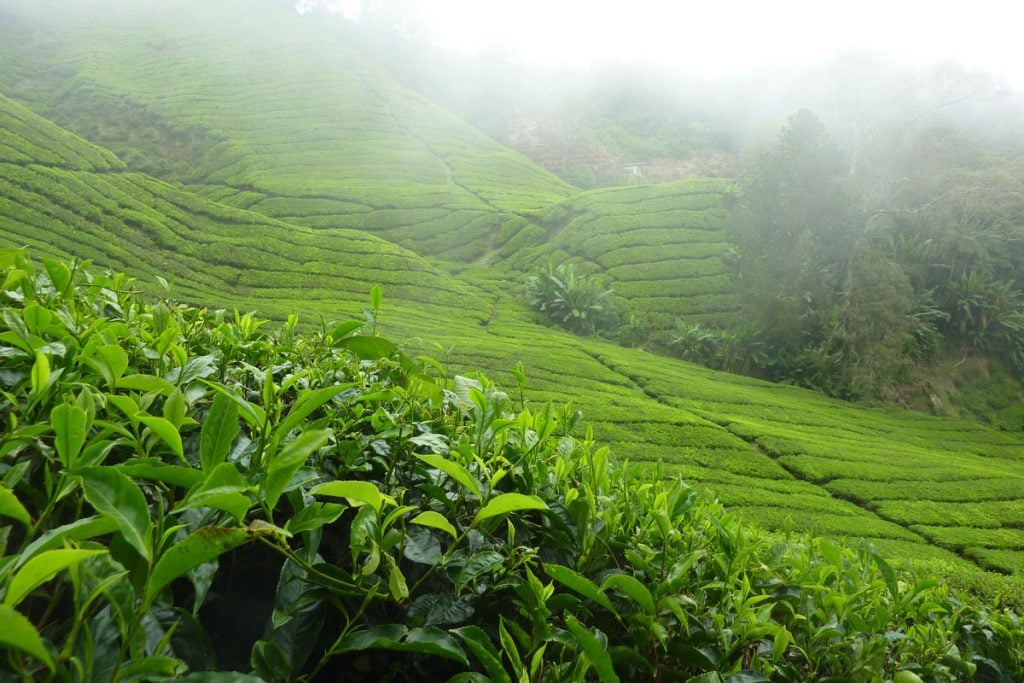 Or if you’re looking for an island retreat close to the city, small and natural Pulau Pangkor might just fit the (toucan’s) bill. Heading west from KL, you will come across the UNESCO World Heritage coastal town of Melaka (or Malacca) – once upon a time an ancient strategic port town, with a fascinating colonial history involving the Dutch, Portuguese, Chinese and English. And if it’s true island paradise you’re looking for – further east you will find Pulau Tioman, once voted one of the ‘Top 10 Tropical Islands in the World’ by Time Magazine, Tioman takes some beating for its glorious white sands, turquoise seas and laid-back island life.

800km east of Peninsular Malaysia lies 61% of the country on the northern part of Borneo, which itself is divided into two states with their own distinct cultures, Sabah and Sarawak. Covered in thick jungle, this is where travellers and tourists alike flock to all year round in search of wildlife, national parks and indigenous tribes.

The hottest time of the year in Borneo is between May and September, although there is very little difference between this time and the rest of the year. Humidity is fairly high year-round. Borneo has only two seasons – rainy and dry. Although rain is a possibility year round, the rainy season in most of Borneo is from October to February. 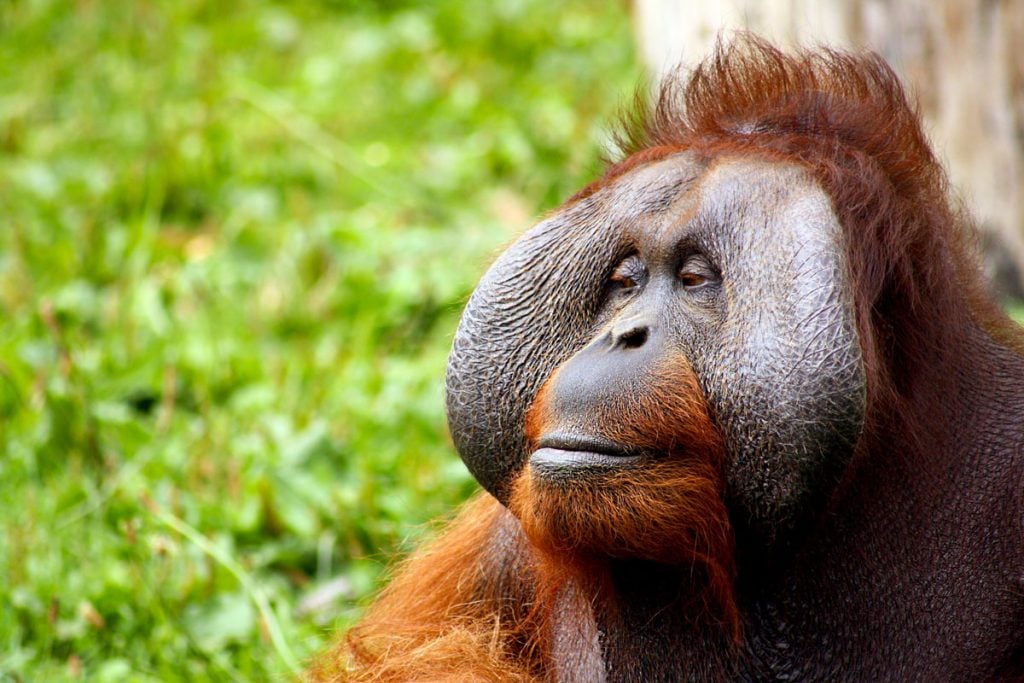 Less populated and less developed, East Malaysia is home to the five of the country’s highest mountains including Mount Kinabalu which claims the title of the 10th highest peak in Southeast Asia! Backpackers with a reasonable level of fitness can attempt the climb of Mount Kinabalu, which should be arranged in the nearby city of Kota Kinabalu.

Backpackers to Malaysian Borneo usually arrive into charming Kuching, often described as one of the most ‘liveable’ cities in Southeast Asia. From here you can venture into nearby national parks, such as Bako National Park, head into the jungle to do a homestay at an original longhouse of the Iban people or head into the wilderness on the Upper Rajang River.

Described by David Bellamy (a famous environmentalist) as “one of the world’s greatest natural theme parks.”, Sabah in Malaysian Borneo is home to the Rafflesia, the largest flower in the world. Most travellers head to Sabah to attempt to climb the highest mountain in Malaysia, Mount Kinabalu (4096 metres) on a 2-day trek. (See our guide to Kota Kinabalu.) 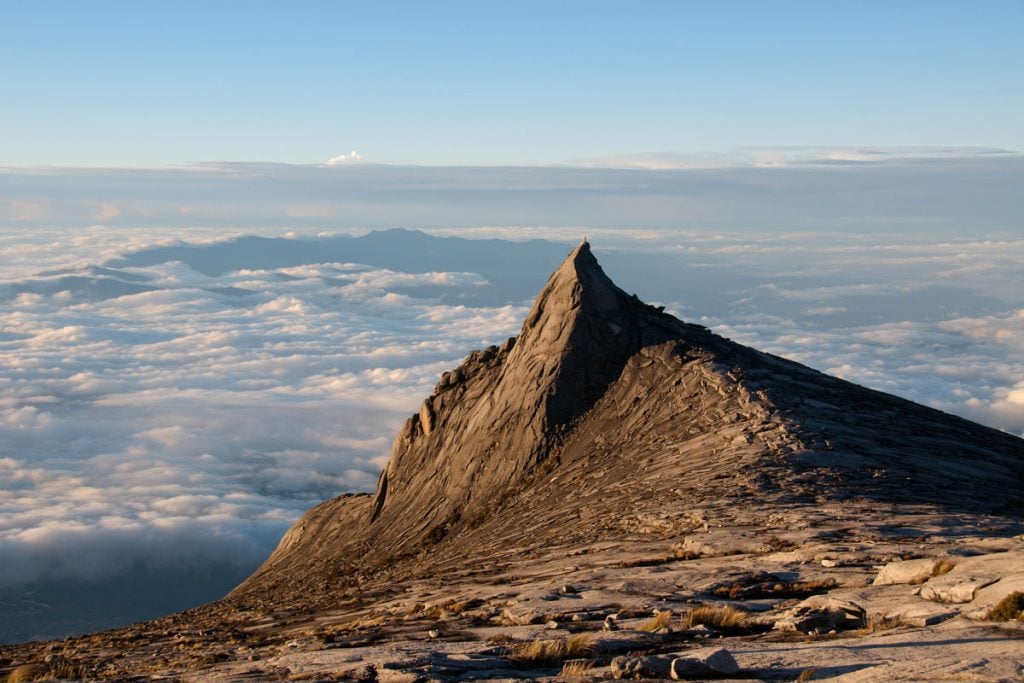 Further south, Sandakan is the city base for those backpackers looking to experience some of Borneo’s famous wildlife. You can head out to Pulau Selingan otherwise known as Turtle Island to watch the babies hatch and find their way into the sea.

Or, head to Sepilok to visit the Orangutan Rehabilitation Centre, where you can see our closest relative in surprisingly close proximity! Sepilok is also the starting point for journeys on the Kinabatangan River and treks into the heart of the Borneo jungle. If you’ve caught the diving bug, Sipidan Island is Malaysia’s diving hub and has many times been voted ‘The Top Dive Destination in the World’.

Did you find this guide useful? 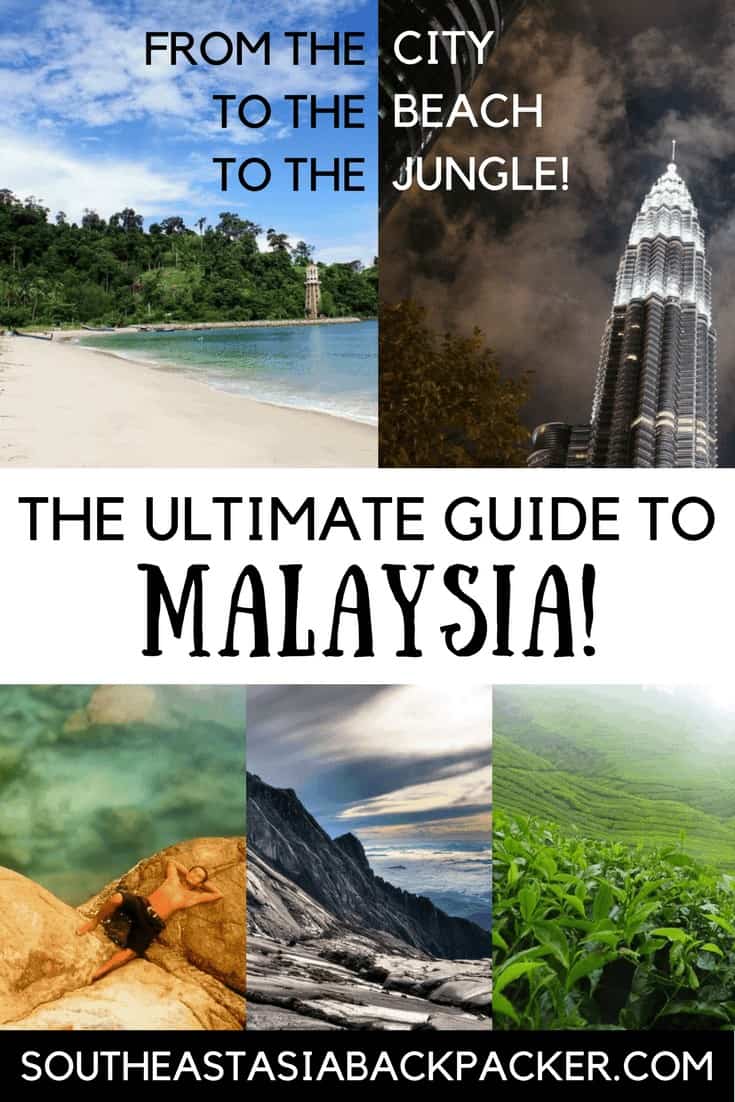