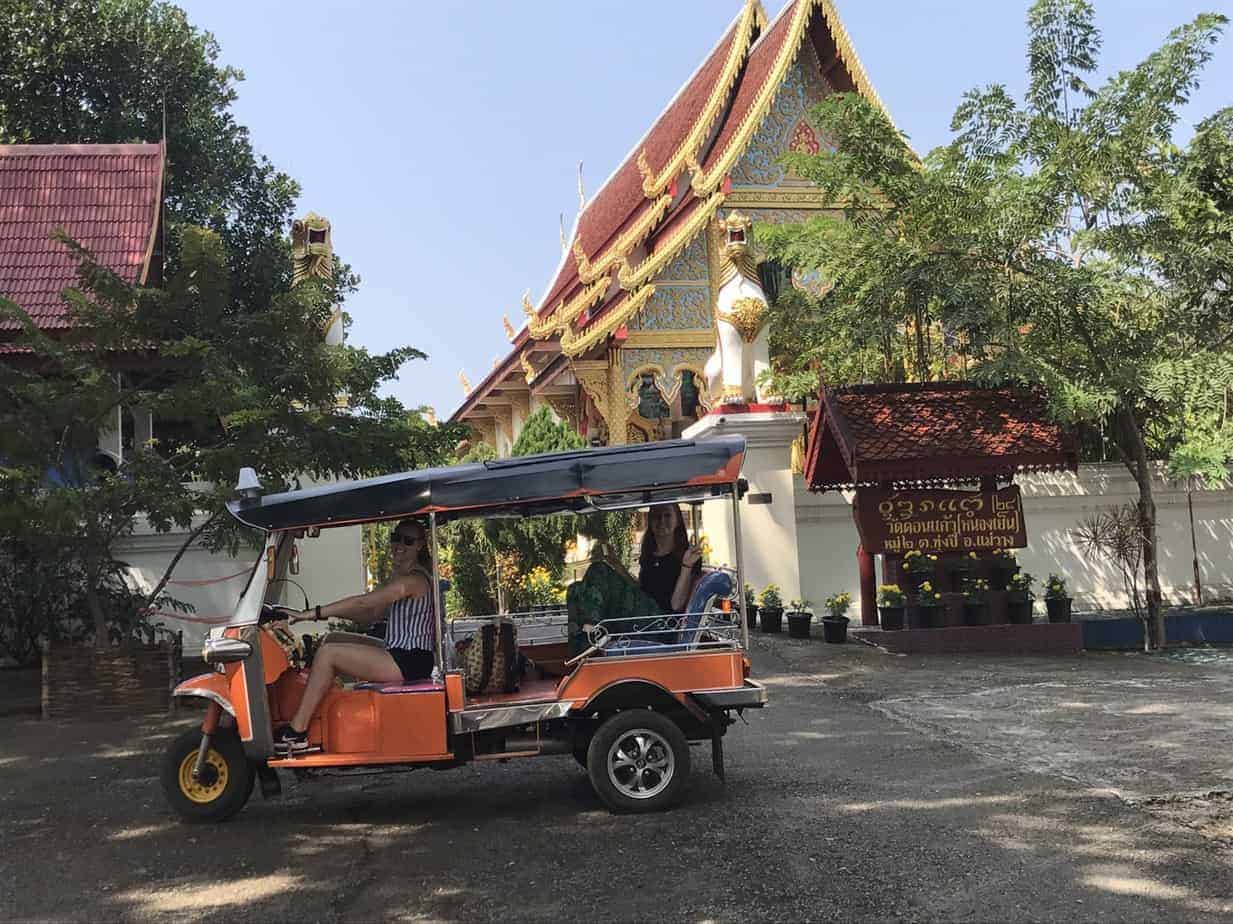 Thailand is the spiritual home of the backpacker but one that divides opinion. Love it or loathe it, it is likely to remain a mainstay on the backpacker circuit for years to come. Staying connected in the country is easy.

SIM cards can be found easily in official shops or from convenience stores such as 7/11. Coverage is generally good in all but the most remote areas.  If you are flying into Thailand, you will be pleased to know that all the network providers have booths in each airport. These booths are usually right next to each other, making it easy to compare deals and offers.

The staff in these locations will usually speak English which takes even more stress out of the occasion! It is worth being aware that ID is required for the registration process but for tourist SIMs, this is often ignored. Legally, if you are asked to show ID for your SIM you will also need to have your fingerprints and face scanned.

As of the end of 2017, this is mandatory for all SIM cards but as with showing ID, this may be ignored for tourist SIMs.  If you are staying in Thailand for more than a couple of weeks, ignore the tourist SIMs sold in the airport. Instead, head to a store in the city to find better long-term deals on a regular SIM.

The longer you are in the country, the more money you will save this way. Picking out the exact SIM and bundles you want is pretty simple too. If you visit a convenience store such as 7/11, the SIM deals are displayed on a screen, you can simply point to the one you want and the cashier will help set it up for you.

Most Thai SIM cards will expire after 45 days if not topped up. For most travellers, this shouldn’t be an issue but for those of you who don’t tend to use a lot of your credit allowance, you should remember to top up regularly to keep your SIM active.

One final thing to be aware of is that the old 2G networks are shutting down in Thailand and soon the country will run solely on 3G and 4G connections.

We think the best SIM for backpacking in Thailand is AIS. For more about what an AIS SIM offers a traveller and the alternatives, keep reading!

Dtac’s prepaid sims go under the Happy branding and offer fast internet speeds and great coverage within cities across Thailand. In more remote locations, however, the signal is less than ideal.  There are a lot of different SIMs available, each offering different bundles that can be added on. Have a good browse before buying because they do differ dramatically.

As a general rule though, most of them come with unlimited free low-speed browsing. This is throttled to 64kbps so isn’t much use for scrolling social media or streaming but can come in handy if you get stuck and need to load a map, although even that will take some time!

The social media SIM comes with free data for use on social media (as if the name didn’t give it away) and the Super 4G SIM comes with free Youtube streaming overnight (midnight until 8 am) as well as free music streaming from the Music Infinite app.  The easiest way to top up and choose your bundles is using the dtac app but there is also an English language helpline should you get stuck.

AIS is the largest network in Thailand and has the best overall coverage across the nation. They even have their own wifi hotspots in most towns and cities which only their customers can connect to. Using these hotspots give you a fast internet connection without using up your valuable data but it is not available with all of their SIM deals.

Their prepaid SIMs are often sold under the 1-2-Call branding so keep an eye out for this when looking for top-ups. The easiest place to top up is in one of their official stores as they all have a top-up machine. Unlike most carriers in Thailand, AIS allows you 90 days between top-ups before cancelling the SIM.  They offer a large array of specialised SIM cards such as, SIMs aimed at gamers, which give free data allowance for certain games, SIMs aimed at heavy social media users and SIMs aimed at folks who like to stream a lot!

There is even their Zodiac SIM which is just the standard SIM but which comes in 12 variations, each one displaying a different sign of the zodiac…if that’s your thing.  They also have a huge choice of data packages available in both high-speed and low-speed variations. As a general rule, the low-speed packages come with unlimited data but this is throttled to 300kbps, 500kbps or 1mbps.

The high-speed packages offer speeds of around 10mbps but are limited to the amount you can use and cost significantly more.  For travellers only spending a couple of weeks in Thailand, the tourist SIM is an attractive option but it is generally only available in airports.

However, you can try your luck in official stores because sometimes they may have a few in stock. These SIMs offer a reasonable amount of data for between 8 and 15 days, depending on which one you choose and heavy data users will be pleased to know they can add more if need be.

TrueMove are the second largest network in Thailand but have the best 4G coverage in the country. Their 3G network is less extensive than the competitors and signal is poor in remote areas.  They are owned by the same parent company that owns all the 7/11’s and Tesco Lotus’s in Thailand so these are often the best places to go to pick up your SIM as they often offer exclusive deals.

Their official stores in airports often have exclusive deals too, so if you are flying into Thailand, check these out before you leave the airport.  When adding bundles to your SIM, you will have the option of a low-speed or high-speed data package. These are essential 3G or 4G packages. Both will work fine for maps or light social media browsing but for heavy internet users, you will want the high-speed packages, which cost around 30% more.

They also have the most extensive WiFi hotspot network, out of all the carriers. If it is not included in your bundle, then you can pay extra to use it. The minimum time you can purchase is one hour and the prices fluctuate depending on exactly which SIM you have.  As with AIS, for travellers who are in Thailand for less than two weeks, a tourist SIM is available.

These come with either 3GB or 8GB of data and are valid for between 8 and 15 days. You can add bundles onto these SIMs to extend their validity but they are not as cheap as the bundles available on the normal SIM cards. If you are staying for more than two weeks, a tourist SIM is not the best choice for you.