The Andaman and Nicobar Islands are an archiapelago of over three hundred small crops of land in the Andaman sea, closer to Burma and Thailand than mainland India.

Some islands are uninhabited and others are off-limits to tourists due to the protection of the indigenous population. The Nicobarese are a tribal people and every effort is being made to stop modern influences disrupting their traditional way of life as has happened with other groups on some of the main islands.

There was controversy a few years ago as video footage was released of “human safaris” being carried out where tourists could go and view local dances and rituals, observing from a jeep as if these people were wildlife. These were the islands on old maps marked “here be monsters” due to the wild nature of their inhabitants. 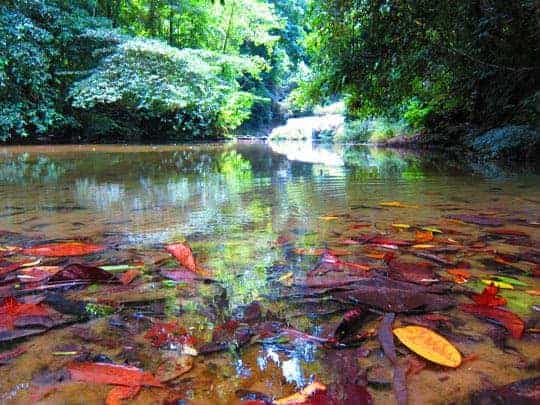 The contrast between pristine white sand beaches and dense rainforest is breathtaking at times, and these are truly some of the most amazing and beautiful beaches in the world.

Clear turquoise water framed by bush as far as the eye can see, on Havelock Beach 7 you can go down at 8am and have the entire Radha Nagar stretch entirely to yourself.

Cultural diversity is one thing that is unique but given the history of the place and how the indigenous poplulation were treated by the British and other rulers it is perhaps best to stick to the amazing beaches and nature.

The Scuba diving and snorkelling here is also some of the best in the world with great visibility and a huge array of fish, rays and other sea creatures, shipwrecks and the like to explore.

Why it is worth visiting? Did I mention the Beaches? And the turquoise clear sea?

Distance in flight time from Bangkok: From 9 hours via Calcutta. No direct flights and can be expensive. There is also a boat that goes from Chennai or Calcutta, it takes 3 or 4 days and some will say is the only “real” way to get to the islands, man.

Port Blair is a hub where flights land and boats dock and although it’s a pleasant enough town in its own right generally it isn’t a place you would want to stay for more than a night or two.

It’s small enough that you can stay around the main Bazaar in some cheapish hotels and explore the whole town either on foot or by autorickshaw. The owner at Azad Lodge is helpful and you can choose between supercheap and grotty or pay a little bit more for a nice room.

Havelock Island – Popular for being one of the closest Islands to Port Blair, excellent for diving and with the closest the islands have to a party scene.  Hang out with large groups of Israelis on Beach 5, scattered with many guesthouses or escape to Radha Nagar, Beach 7 where there are far less places to stay and a much more relaxed vibe (and a far better beach).

Little Andaman – More off the beaten track as it takes X hours by ferry from Port Blair and isn’t as developed or hospitable in many ways than Havelock. You kind of need a motorbike to get around and the beaches are notorious for sandflies (some bites can get really infected and cause swelling so be careful). It’s worth it though for the surfing, amazing jungle, waterfalls and end of the world feeling – bring a hammock.

Neil Island – The island next to Havelock is less developed and so more relaxed. It’s more accessible than Little Andaman so if you want the easy middle ground between the two then this is a good option.

Click here to search for accommodation on the Andaman Islands!

One thought on “Andaman Islands, India”