Skip to content
The dirt road narrows to a mere goat track, threading its way through the endless tea plantation, my bikes turgid howl the only sound. I wonder where exactly am I? Rounding the bend I see a jet black snake lining the full width of the path and panic grips me. It’s too late to stop so I roll over him, terrified his body will coil round the wheel and he’ll rise up behind me serpent-like to exact revenge. As I glance back he slithers into the tea bushes, apparently unhurt and I rumble on. Oh yeah, I’m in the Sri Lankan highlands and this is perfectly normal, I remind myself. 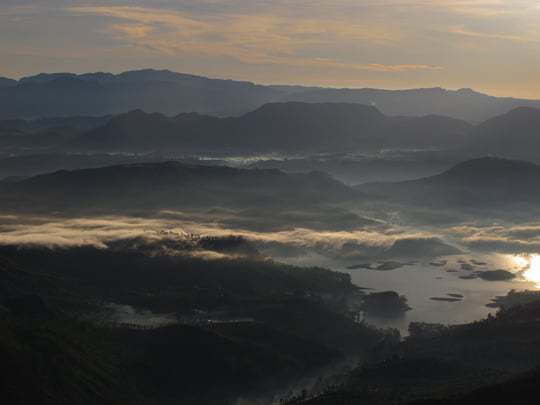 It has been a week since I left Hikkaduwa with my rental, a new(ish) Yamaha Baja 250 dirt bike, very reasonable at $14 per day. I had originally planned on spending time in the East Coasts famous surfing town of Hikkaduwa, however a lack of research meant I had completely missed the surfing season and it was monsoon time. As well as having the worlds coolest flag, Sri Lanka curiously has a divided seasonal weather pattern, so when the surfs up on one side of the island, its rainy and insipid on the other side. Solution – get a bike, strap on the backpack and see some of the country via two wheels. 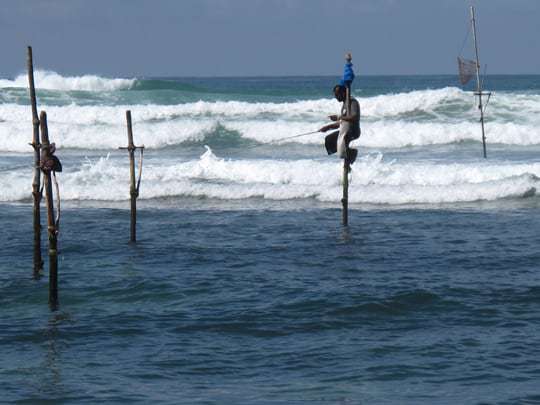 I hug the coastal road, jockeying for road position with ancient public buses all apparently engaged in a maniacal race with one another. The sea air combines with diesel fumes in an intoxicating miasma which forces frequent stops, the first of which is the old Portuguese, then Dutch, then British, port town of Galle. Like most of Sri Lanka, Galle was devastated by the 2004 Boxing Day tsunami, but is now reborn as a gentrified artists enclave and tourist destination. The Fort and Old Town offer a pleasant wander and an insight into a tumultuous past of seafaring trade and maritime warring. The star shaped granite fort bastions still stand, now home to young cliff divers flinging themselves fearlessly into the roiling surf below. I wave and offer the friendly Sinhalese “Ayubowan” greeting and am met with broad smiles. In fact the Fort is a World Heritage Site, well preserved by the British from 1796 until Sri Lanka gained their independence from colonial rule in 1948. British legacies still prevail across the island formerly known as Ceylon, from colonial architecture to tea plantations to the favourite pastime of cricket, perhaps only rivalled by India in terms of a fanatical national obsession. The coastal road snakes past exclusive beach resorts and through the laid back surfing haven shacks of Unawatuna and Mirissa, yet however tempting the empty white sand beaches and azure crystalline waters are, I have an urge to go into the highlands to see firsthand why Sri Lanka is the worlds largest tea exporter. 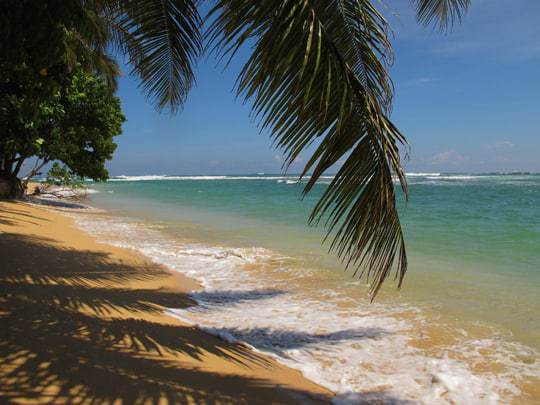 Soon enough the map fails me and I’m lost amongst swaths of fragrant tea estates and lost world hills shrouded in ethereal mists. Each vista is heavenly and I know how the Pearl of the Indian Ocean got its name. The uncoiling roads are among the best I’ve motorbiked anywhere, and strangely uncrowded with traffic. The cloud forests and tea plantations are pregnant with moisture so I ease the bike along slick roads, passing waving locals sheltering in roadside stalls. I stop for fresh King Coconuts, my pre-emptive upset stomach cure, for 20 rupees, marvelling at the deft machete skills required to open one. The traditional Sri Lankan rice and curry plate is a steal at 120 rupees, and each time presents a subtle blend of flavours not found elsewhere on this planet. As I venture North I pass by Ambewela and its transplanted New Zealand farm, detail accurate right down to the dairy cattle and No.8 wire fences. It is all too weird feeling like I’m back home in the Waikato, yet 10,000km away in a foreign land. I push on further to Horton Plains, a plateau of montane grasslands and preserved biodiversity at 2000m above sea level, as the bike starts hiccupping due to the lack of oxygen. The sheer precipice of World’s End is a popular tourist lookout, however my view is nothing but a blanket of clouds concealing the country below. 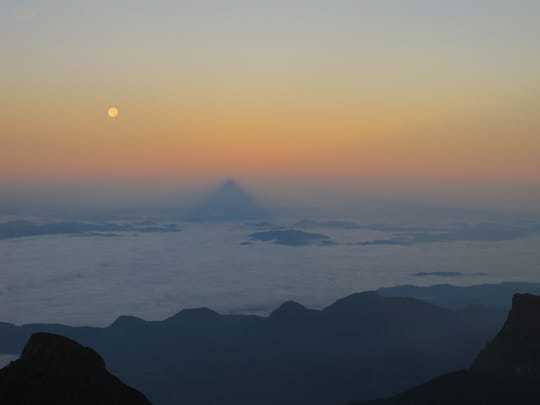 The brief dry season in the highlands is Jan through March. Again through lack of trip research I’m travelling in April so its fairly moist, which although slowing to a motorbike journey offers a verdant freshness as a welcome trade-off. To make up for my non-view at World’s End I join in with the pilgrimage up Adam’s Peak (or Sri Pada), at 2,243m not the highest peak in Sri Lanka, but definitely the most spiritually significant. The Sinhalese name translates as ‘sacred foot’, which refers to the shape of the peaks rock outcrop as seen from above. Any evidence of this is obscured by the Buddhist, Christian, Muslim and Hindu holy shrines, all claiming space in equanimity, prayer flags whipping fiercely. The steps to the summit are ascended at 2 a.m so that sunrise can be fully appreciated at the top. I clamber past a full diorama of tourists and worshippers alike, stopping at alpine food stalls to fuel up on, to my delight, Milo. Adam’s Peak stands largely by itself so the rising sun casts the mountains shadow in a near perfect triangle over the valleys below. The sunrise is otherworldly, the distant thunderclouds are orange and mauve atomic explosions – well worth the effort. The cultural triangle of Anuradhapura, another must-do, is awash with Buddhist stupas and intricate temples, perhaps the most famous of which lies atop the rock fortress at Sigiriya, another of Sri Lanka’s eight World Heritage Sites. Seeking a secure spot, King Kashyapa erected a huge palace, complete with swimming pools, atop the formidable buttress in the 5th century. While mere fragments remain, wandering the site allows the imagination to roam wild and picture the ornate extravagance as it was over a millennia ago. Another sacred site is the sprawling bodhi tree, planted in 288BC from a sapling of the original bodhi tree in India where a young Lord Buddha is said to have achieved enlightenment. This makes it the oldest verified human-planted tree in the world and remains one of Buddhism’s most holy worship sites. The barren road North takes me past grazing wild elephants, towards what was once Tamil stronghold land. Although the horrific civil war officially ceased in May 2009, the roadside military presence is still prevalent; lone soldiers rest on their machine guns in tree shade every 500m or so on some roads. I make it as far North as Vavuniya, at which point, for my own safety, I’m turned around at a military blockade. Even years later it seems all pockets of Tamil unrest haven’t been fully tamed by the Sri Lankan government. That and the unexploded ordnance threats. As a solo traveller not on a tour, no amount of pleading allows me to explore the troubled yet mysterious North, so I turn East and head for the coast again. UPDATE: You can now travel in the North of Sri Lanka. See here for more info. 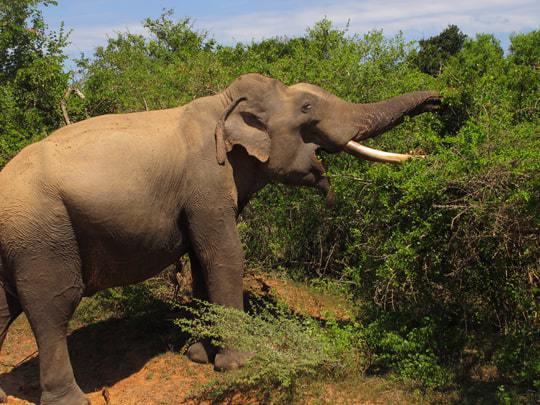 My goal of learning to surf is finally achieved in Arugam Bay, Sri Lanka’s own world class point break and now a feature on the ASP tour. Despite being a brutal break over a razor sharp reef, the wave caters to both learner and expert abilities. I lazily spend the rest of my trip shuffling board in hand and barefoot around the sleepy surfing town, mingling with like minded backpackers from all over the globe, the perfect end to any motorbike trip. 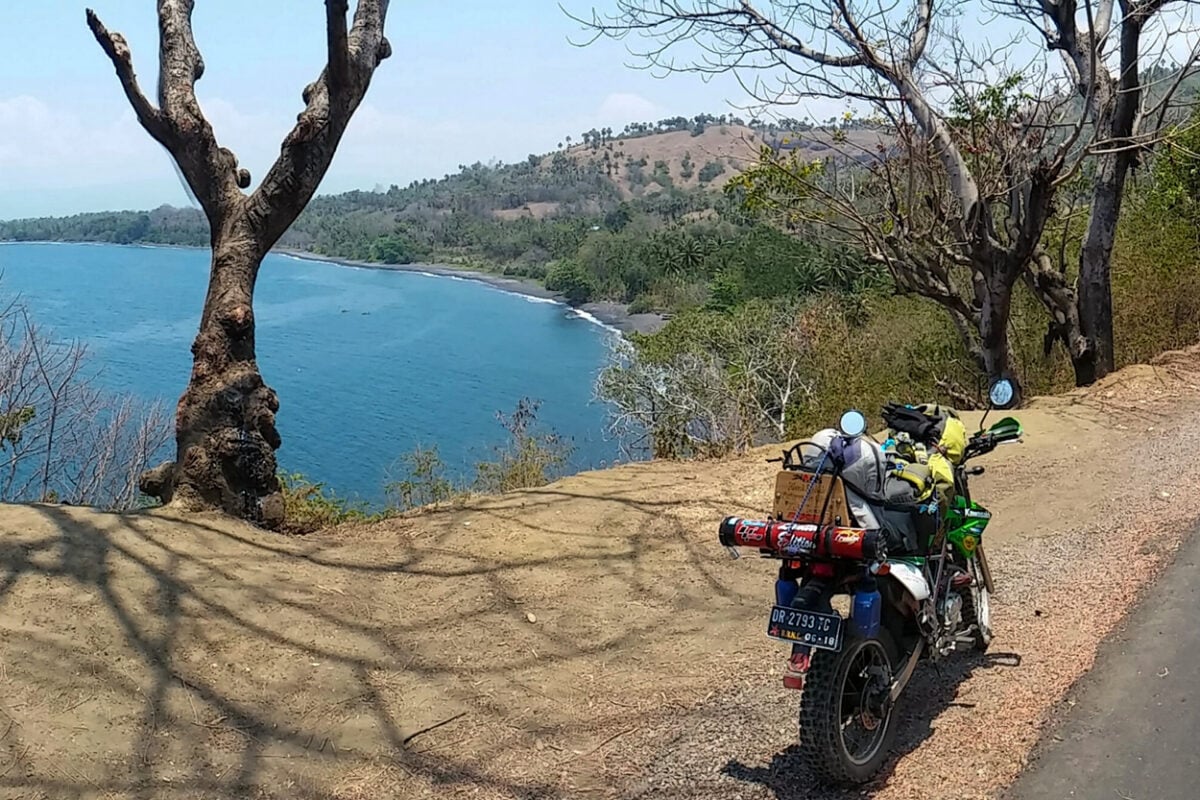 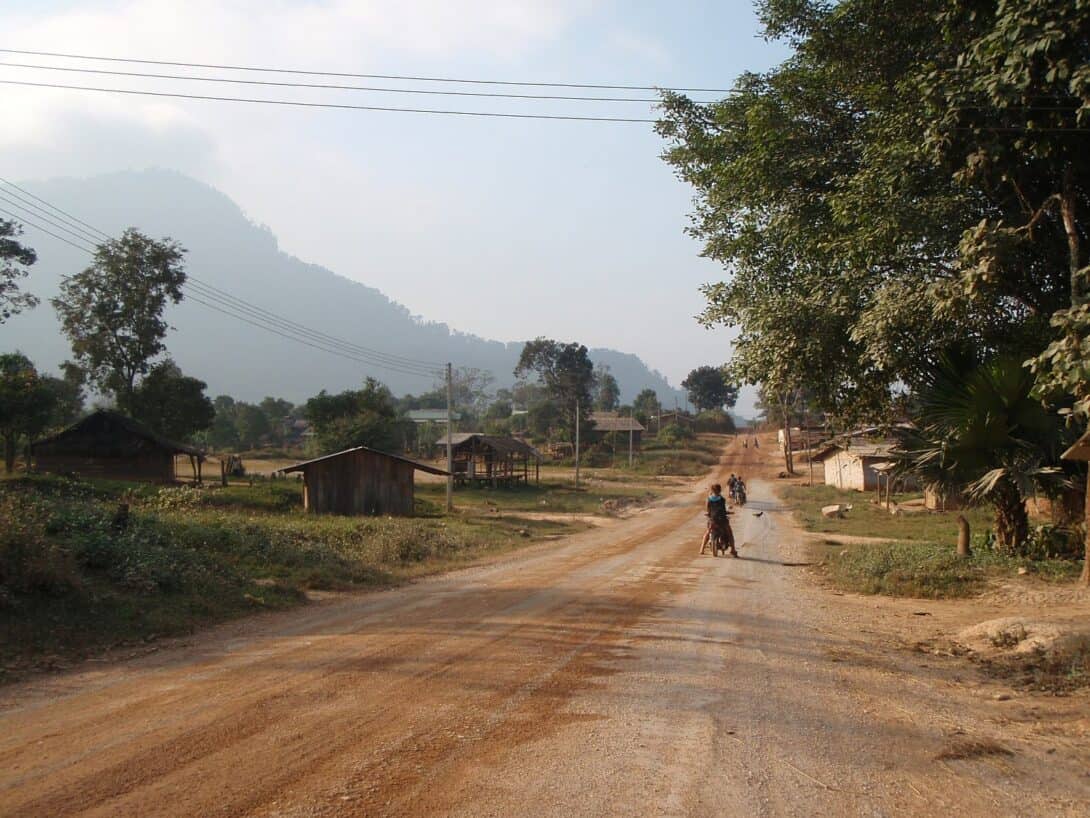 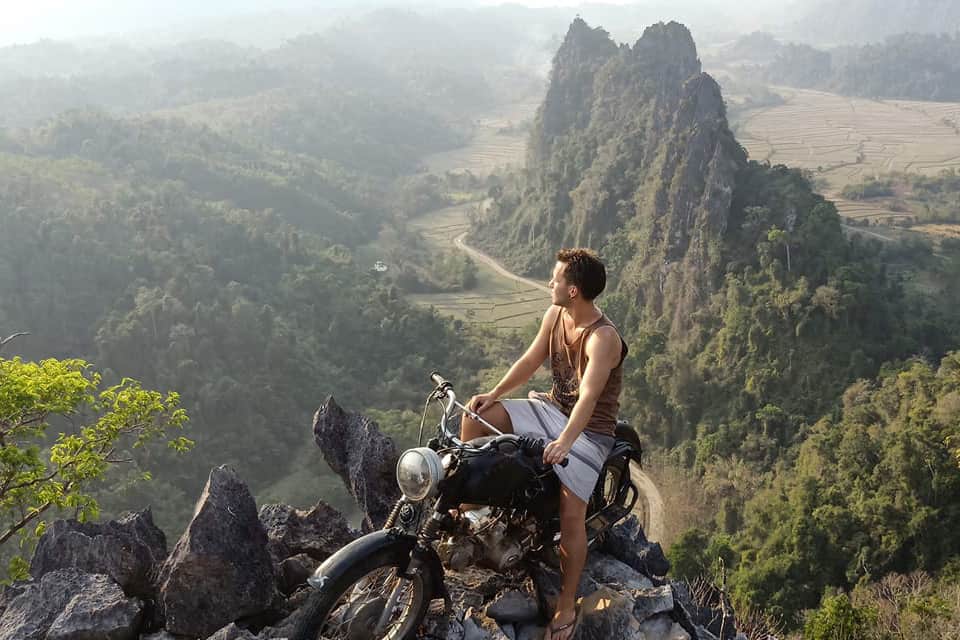