There were zip wires, the ‘Death Slide’, clowning around in day-glo body paint and downing shot after shot of Tiger Whisky… There was synchronized dancing to YMCA at Mojito Bar; there were buckets (…buckets, buckets), and so much more as you followed the current of the Nam Song River cocooned in your bright yellow tubes. Yes, this was Vang Vieng, party central of Laos, and some might argue, the whole of South East Asia!

Beer Lao in hand – A Tuber in Vang Vieng ready for action! Vang Vieng veterans will no doubt be aware that, as high season drew to a close this year (with an alleged count of 22 deaths serving as a sobering wake-up call from all the crazy, hazy memories), the gears were suddenly shifted amidst rumours of an official government crackdown…

The Bar Closings of September 2012

Following a meeting between officials and the river bar owners towards the end of August 2012, all drinking establishments along the Nam Song were told to close by the 5th of September. With the ASEAN and EURO ASEAN meetings being programmed in Laos for November, it was said that the Government had simply decided enough was enough; that it was mandatory to implement changes that would make this a safer place (and in turn improve its image on the international stage).

And that was it – no further comments, no other info; just a lot of confusion, hearsay, and thousands of backpackers wondering what on earth would happen next? What would this mean for Vang Vieng as we moved forward to a fresh new season?

Will the party live on?

So, what exactly happened on the 5th of September? According to Greg Haywood, owner of Fluid Bar on the Nam Song River, “tubing continued, but not as we knew it. All licenses of bars and restaurants were suspended (with the prospect of a 20 million kip fine if they were caught serving). In addition (those to whom this is applicable) were told to remove all platforms, huts and any construction 15m back from the river bank, including the high jumping/swing platforms. The ‘Death Slide’ was demolished.”

DEMOLISHED: The precarious ‘Death Slide’ in Vang Vieng is no more! But it wasn’t just the tubing/river bars that were affected. As it stands, many of the bars in town are now closed. Remember The Island? Remember Q Bar, Star Bar, Why Not Bar, Mojito Bar, Bar 3, FU bar, Whisky Bar, Mr. Lao Lao’s, Slide Bar, Fluid, Slingshot Bar and Bob Marley Bar? Yep. All demolished. Even the infamous Bucket Bar on The Island has been knocked down.

The quiet NamSong River October 2012 One of the only exceptions is Fluid. Says Greg: “In a way, we’re pretty lucky as our main building was far back enough from the water’s edge that we didn’t have to destroy any major construction. We’ve undergone a bit of a transformation after having to take out the platforms, though, so in their place, we’ve landscaped a new garden with seating in two different zones by the river, and a hammock area close to the bank. This means that when we’re allowed to re-open in December, people will be able to swing in the shade and soak up the views of the mountains.”

All these changes do beg the question, though: What can we all expect when the season kicks off?

Will there be a Place for Tubing in the New Government Plans?

Greg spoke to an official from the task force who’s in charge of implementing new changes in Vang Vieng according to the policies of the government. He found out that between the 7th-9th of December, members from the Ministry of Tourism in Vientiane would be coming to Vang Vieng to survey the area. They will be checking along the river and putting a new improved system in place. Each operation that wants to open on the river will have to submit a business plan to the government which concerns safety aspects, hygiene and their proposed activities. It will also be mandatory for people to wear life jackets if they tube, not rent a tube later than 3pm (and make sure they’re out of the water before 6pm when it gets dark).

November 2012: The much quieter tubing scene in Vang Vieng

When we asked about reports of the higher-end hotels and guesthouses built recently, the government official confirmed that the policies are not discriminating against a particular type of tourist; they want to welcome everyone here: “Backpackers will always come to Vang Vieng because it’s a great place to be. First and foremost, though, let’s make it a safer place for everyone.” Government plans include a chill-out green space to be made where The Island used to be.

This area will still be closed come the high season, but steps towards making the park will almost certainly have started. Other improvements will include additional green spaces along the streets to improve the quality of the restaurants and guesthouses, a promenade along the riverside in town for pedestrians and cyclists, and a night market. In addition, all bars/restaurants in this area will be able to open until 2 am – and nightclubs that are soundproofed will be able to operate until later. Which means…

The Party will not Die!

The Island and the bars that used to inhabit it may be no more, but rest assured there will still be plenty going on in town in terms of nightlife. The owner of Bucket Bar is currently looking for another space in town – and with regards to tubing, Greg believes that when the government has finished compiling their new regulations, some of the river activities may also be able to re-open if they have their safety certificate.

The relocation of the legendary Bucket Bar Vang Vieng “I definitely hope we can start blobbing again,” Greg remarked (referring to their 5m by 2m inflatable pillow, that ‘blobs’ people high into the air and into the river). So, things are definitely looking pretty exciting in these next couple of months (with all bars set to re-launch in their new locations in December) – but… what if you’re already on that slow boat? You’ll be pleased to hear that it’s hardly a ghost town right now…

Meanwhile Back in Town, some Party Hotspots!

Says Greg: “Gary’s Irish Bar is alive and kicking – always with a good crowd up for some fine pub fare, beers, cocktails and good tunes (Indie, Reggae, Rock, House, Funk and Britpop). If you’re looking for some funky beats, deep house and other electronic vibes, then head on down to DK3/ Milan Pizza which is famous for its tasty wood-fired oven pizzas, great cocktails and other Western foods. Here, you’ll find James playing some old skool hip hop and house there from mid-afternoon and it also opens for breakfast.”

DK3 The party continues back in town!

Jaidee’s has moved up the street and around the corner, and it is well worth popping down to see Laos’ most charismatic bar owner playing alternative blues, rock, dub and reggae. Sakura’s a little more mainstream in its music choice; there’s a pool table down at Full Moon Bar, and there’s Fat Monkey’s which plays classic rock and other popular tunes.

Also recommended is Kangaroo Sunset (just located on the T junction before the bridge). A top Canadian chef, Taylor has taken over, which means great food as well as chilled beats and funk on the system (making this the perfect place to enjoy the sunset after a day trip to the Blue Lagoon).

And what of Fluid itself? Greg sees things staying fairly chilled but funky until the late afternoon when they’ll bring in some deep house. “Come here and chill for the day, sunbathe, swing in the hammocks, play games, refresh yourself in a nice area of the Nam Song with a swim, enjoy a bite to eat from our Lao and Western menu, enjoy the view, visit some local caves, and listen to tunes on a super crisp sound system.

“Things will be funky and fresh downstairs, with everything from dub, reggae, funk, deep house etc, while upstairs, you’ll find our chill-out lounge and restaurant. We’ll also be doing our Party All Day Fridays @Fluid once a week in high season, where I’ll be playing a long eclectic set.” And if you’re looking for some good electronic beats in the town itself? Greg tells us to head to DK3 for some serious deep and tech house in the mixer! They recently hosted their first international gig under Andee Newman’s ‘AudioLove’ brand with DJs from Holland, UK and Ibiza, and apparently, the roof was blown right off!

Finally, when the high season kicks off again, Greg and co. will be doing the Jungle Raves again at Vang Vieng Mai, which is 2km outside of town (a great club located in the jungle). “Sometimes we’ll play inside, sometimes out – and music-wise, we’ll be dropping deep house, tech (and some DnB depending on what DJs are in town). Anyone who went this year knows it’s the best underground party going on in VV.”

All in all, then, the consensus seems pretty final! As we always suspected (and hoped!), the party will continue in Vang Vieng… just in a different way. 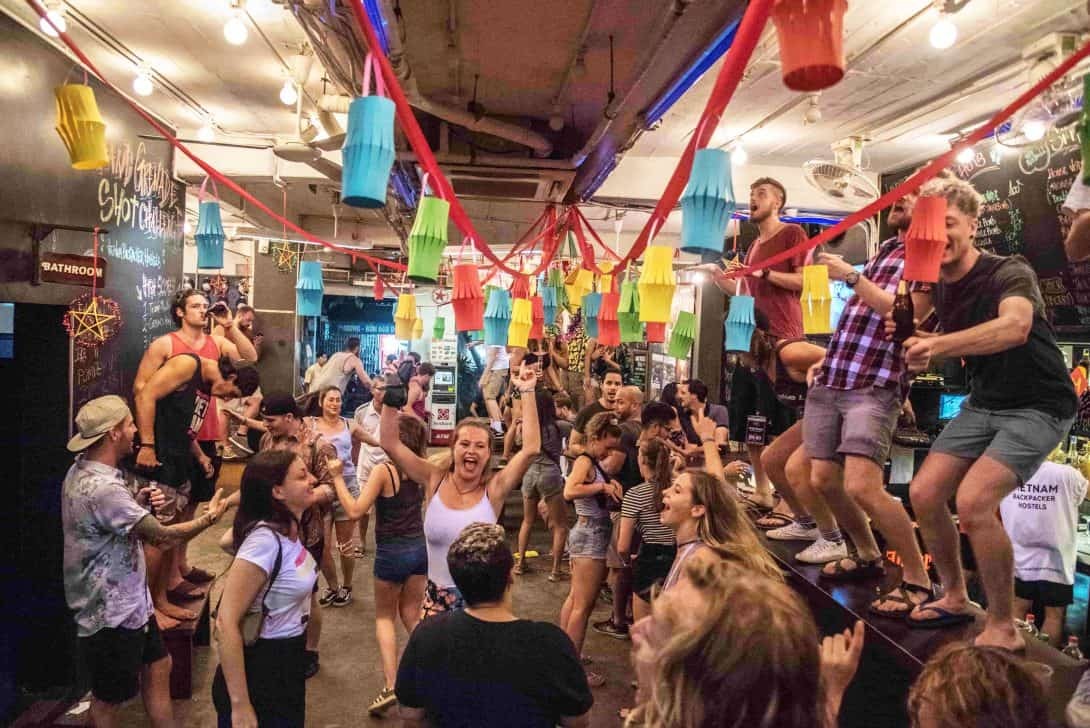 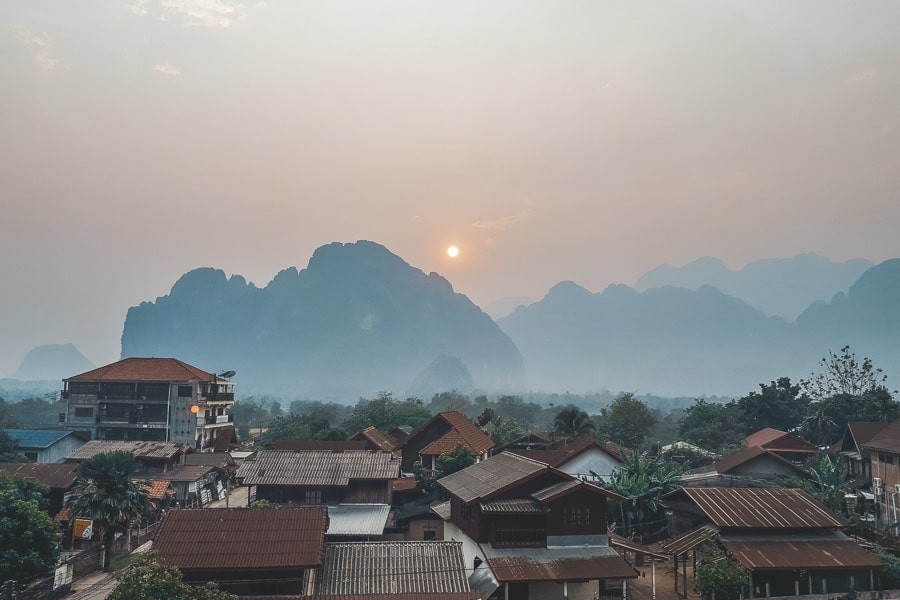 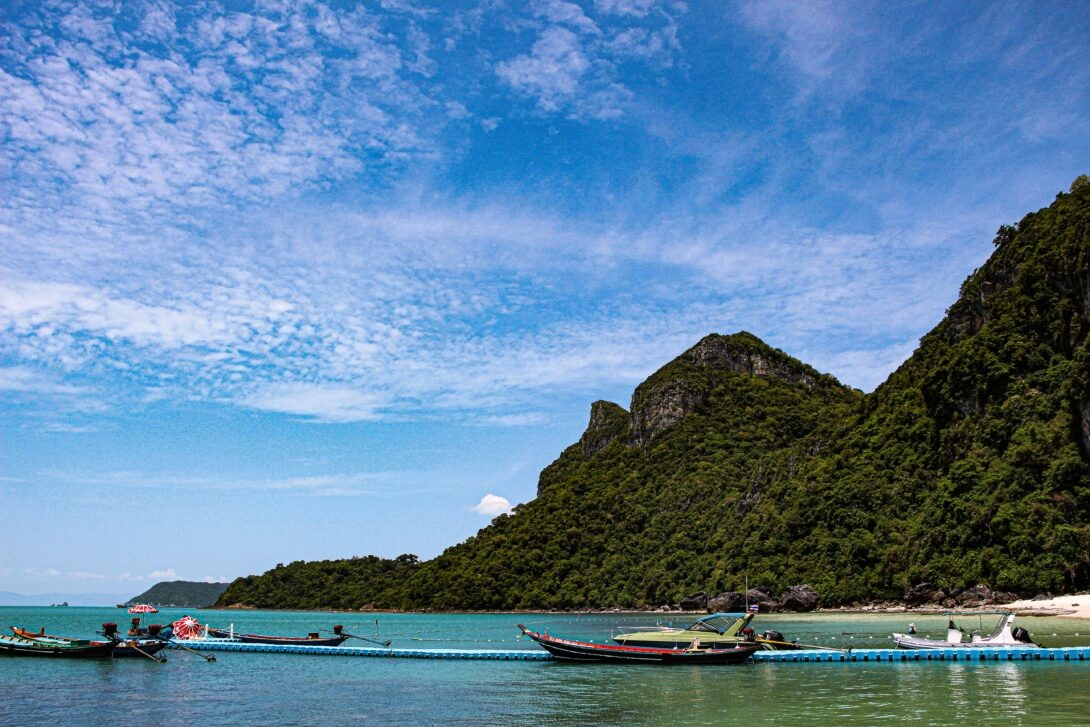 53 thoughts on “The Party’s Over! The end of Tubing in Vang Vieng”