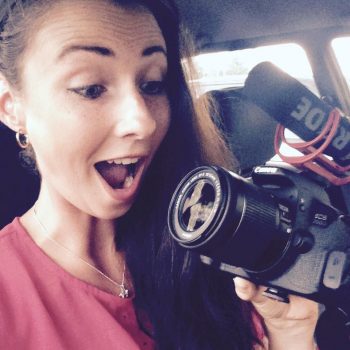 Kate Reynolds is a travel writer and self-confessed professional dork living the city life in Sydney, although she’s constantly craving the mountains, jungle and countryside. She runs the travel blog, The Jayride Journal.

Borneo had been hovering up the top of my travel to-do list for a number of years, tempting me with the experience of seeing critically endangered orangutans lumbering through the tree canopies, trekking through remote, lush jungle as hornbills whoooosh above, and eating my body weight in almost too spicy laksa!

I had high expectations – I wanted adventure, I wanted wildlife encounters, ethical tourism, lots of walking and trekking, and of course, I wanted to eat great food. I was not disappointed when I went there earlier this year!

If you’re searching for your next bucket-list destination, here’s why I recommend putting the diverse state of Sarawak, in Malaysian Borneo, firmly at the top!

This bustling little city on the Sarawak River was full of surprises. I guess I didn’t really know what I was expecting, but Kuching – the ‘cat’ city – was delightful; from the little tambang ferries transporting passengers across the river and street food stalls hawking irresistible mee goreng, to hidden orangutan street art and quaint Buddhist temples sending incense into the air, which was then juxtaposed with mega shopping malls.

The first thing I noticed was the traffic; unlike other Asian cities I’ve visited, crossing the road didn’t involve a near-death experience (I’m looking at you, Delhi!). Kuching was remarkably quiet, yet buzzing with activity, especially at night when the waterfront market was on.

The famed cat museum was as quirky and bizarre as you’d expect from a five-plus room dedicated solely to felines (including a remarkable display of… tinned cat food) and the mosques, temples and interesting streets all offered their own unique flavours to the city. The best flavour of all though – Borneo’s famous three-layer tea, Teh C Peng.

Redhead Cuties (No, Not Prince Harry)

You know when you travel and there’s that moment. You gasp out loud. You need someone to pinch you. Everything feels incredulous. You can’t quite believe that you are in fact, living in this moment.

When I saw a mother orangutan crash-crash-bang from the trees behind us, watching trees sway wildly from side to side, to see this figure reaching for the branches clamber towards us with baby in tow holding on for dear life, making her way towards to bananas and coconuts left on the feeding platform by one of the Semengohh Orangtuan Sanctuary volunteers, I thought I was going to cry. Or faint. I was so excited. “Look!” I half-gasped, half-covered my mouth so to not make any noise, grabbing my travel partner’s arm. This is why I wanted to come to Borneo.

Seeing semi-wild orangutans in this sanctuary, all of them either born here or rehabilitated after being rescued from the effects of deforestation, was one of the most surreal and amazing travel experiences I’ve ever had. There’s something indescribable about seeing a creature so human-like, so expressive and acrobatic, swing through the trees, interacting with each other and cracking open coconuts.

When we watched a mother orangutan give her adult son a hug –  there was a collective ‘awwwww’ from everyone at the viewing platform. I think we all left with the warm fuzzies and a pledge to ditch all palm oil products back home.

Another highlight of the trip was staying in a local Iban Longhouse after a strenuous (hello calf muscles!) walk through the fantasy-movie-set-like caves in Niah National Park. Split into smaller groups of four, each group was hosted by friendly locals in an impressive longhouse, where each ‘house’ is connected with a big corridor, which coincidentally, made for an excellent soccer pitch for the local kids (who were thrilled to have a few extra players!).

Our hosts plied us with sweet tea and biscuits while we helped cook dinner, chatting in mostly travel charades before carrying plates of fried chicken, steamed jungle ferns, rice, and ginger fish to the communal dinner table.

We were reunited with the rest of our group and treated to a cultural dance and music performance, which was accompanied with some, er, rather potent, locally-brewed rice wine, stored in old whiskey bottles and drunk in shots.

I thanked my host mother, a grandmother with a wickedly mischievous grin, for the refreshment, who then proceeded to wink at me, pour herself a shot, downed it in one, and gave me another, before cackling and pouring shots for everyone else. I hope I’m like that when I’m a grandmother.

‘I Could Get Lost Here!’ – Real Jungle

If I go bushwalking at home, chances are if I get lost, I’ll end up wandering into someone’s backyard in a matter of minutes – Sydney isn’t very remote. But Gunung Mulu National Park and the Headhunter’s Trail within it were real, authentic jungle.

Our guide, who we had to run at times to catch up with, actually took out a machete from his backpack as though it were as innocuous as a water bottle, and started slashing leaves from the path ahead. It was all very Indiana Jones.

In our time there, we saw not only the beautiful orangutans, but witnessed Irrawaddy dolphins pop up their heads near the South China Sea…

…fireflies twinkling away as they lit up the mangroves, silver leaf monkeys with their gorgeous golden coloured babies, wild-bearded pigs who thought the beach was a great place for a cheeky swim with their piglets…

All in all, if you’re looking for an experience that combines wildlife, wilderness, incredible food and the feeling that you’re on the other side of the world, friends, head over to Borneo!

Did you find this article inspiring? 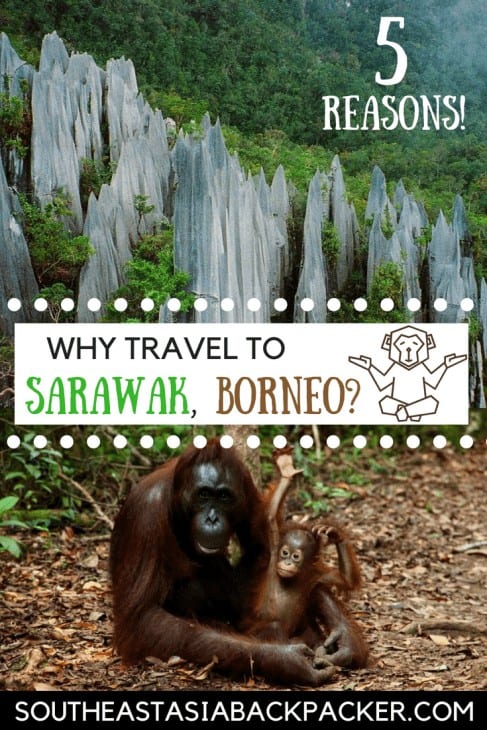 One thought on “5 Reasons to Travel Sarawak, Borneo!”