To be honest, I hadn’t given much thought to the fact that I’m an introvert when I planned to go on a world trip. Certain aspects of introversion were just normal parts of me, things I never tried to name and things I never recognized as introversion. It was just me being me.

Now, that I’m over one year on the road, I read more and more about introversion online and I realize how big of an impact it can have on someone’s life. Parts of the puzzle suddenly fall into place and things start to make sense to me, the realization that I’m part of a minority, but of a big minority, is comforting.

The thing is, I’m not like those people who spend most nights alone at home. Actually, I really don’t like being alone. I need people around me, but only people I trust and love, such as my siblings, my best friends and my boyfriend.

I also love going out – as long as I’m surrounded by people I know and feel comfortable with.

Maybe that’s why I never realized that I’m an introvert.

I always felt eager to explore the world and when my boyfriend and I talked about finally leaving our home country behind, it was clear to me that we would travel Africa and India as well, because those are places where we thought you could still discover things – not like South East Asia, where I assumed that travelling was easy and organized and that everything has already been discovered.

Most of all though, I wanted to prove that everybody who warned us about these places was wrong.

Africa turned out to be a rather expensive continent and to maintain our budget, we bought a tent.

Camping allowed us to enjoy nature and silence and the first month of our world trip went by without any significant problems.

Later, however, things like crossing borders or having to use any kind of transportation, started to drain all the energy from me. I always felt extremely exhausted and wanted nothing more than to listen to music and drift off into my daydreams.

And now I come to that huge difference between extroverts and introverts.

One of the main things, extrovert travellers seem to enjoy, is talking to locals in buses and trains. Yes, it’s great to get to know the locals and I also consider it to be an important aspect and a sign of respect, when travelling, but what if you’re simply too tired to talk to anybody?

And what if trying to understand somebody, who doesn’t speak your language, is not exciting and thrilling, but triggers your social anxiety? Because, what if you say something wrong? Offend them in any way? Embarrass yourself?

Now, if you’re an extrovert and reading this, I assume that you don’t see an issue here, but for me, this is a real thing and the longer I travel, the worse it gets.

To save money, we always chose the cheapest guesthouses and modes of transportation – unaware of the damage we were causing ourselves.

My boyfriend is an introvert as well, but he’s not highly sensitive, like me, so it took him much longer to realize we were harming our mental stability by only thinking about our budget.

Usually, when entering a new country, we would stay in its capital city first where the sound of traffic kept us awake many a night. We’re both not into big cities, but while you’re there, you kind of have to look around, right? After all, that’s the point of travelling.

I, however, realized more and more that I didn’t feel like going out in the city and that all I wanted, was to stay in the hostel until we went to more rural areas.

Social anxiety has been my constant companion for quite a long time.

Back home, there were days when I would stay in my apartment with an empty stomach because I couldn’t go out to shop for groceries – the prospect of having to encounter people was too frightening.

In many African countries, another feeling started to mix with that… the feeling, that I was somehow unwelcome. That I was the privileged tourist, who travelled around, having a great time, while the locals were struggling to make a living.

That fear made walking around in the city even worse for me.

After five months of travelling around in Africa, everything I had bottled up seemed to revolt and try to get out and I had my first minor breakdown.

This was in Kampala, Uganda.

We had only one week left and my boyfriend was eager to see more of this beautiful country, but I was completely worn out and on the verge of a mental breakdown. All I wanted was to lie in bed for days, with the blanket drawn up over my head.

Being on the move constantly, never staying in the same place for more than three nights, exploring areas people had warned us about and not getting enough sleep because of the heat or noise, had finally caught up with me.

My better half eventually realized that urging me to continue in the state that I was in, would make the trip an unpleasant experience for him as well, and so we stayed in the same hostel for our last week in Uganda.

My batteries were then re-charged enough to survive the flight to India and the first month there went great, even though the stares (this time not imagined) of some of the men made me feel constantly threatened, despite the fact that the vast majority of the locals were friendly and helpful.

We’re not only trying to keep our expenses low, we’re also environmentally conscious and therefore, we try to fly as little as possible. Hence, instead of flying from South India to the North, like most tourists do, we chose to travel on land.

That gave us lots of stops on the way, in places, which are rarely visited by foreign tourists.

Good, I thought at first, this is REAL travelling.

We had always made fun of the travellers on Instagram, who seem to do nothing but go from beach to beach, drinking beer and getting tanned. That’s not travelling, we used to say, that’s just being on vacation. We, on the other hand, are real travellers, explorers and adventurers…

It never occurred to us that there might be a reason why certain areas or even countries are avoided by most backpackers.

When we saw naked people lying in the dirt, starving, while pedestrians just walked by, it finally dawned on me that we might have been wrong.

I should mention at this point, that we were also a bit unlucky for a couple of weeks. Many things happened to us, that had a traumatic effect on me, highly sensitive as I am. Even my boyfriend was a bit shaken, but he managed to stomach everything a lot better than I did.

I’m not going into detail now, but some of the experiences involved very unfriendly people or very poor people or suffering street animals. By the time we arrived in Agra, we hadn’t gotten a full night’s sleep for weeks.

An incident on the road to Manali disrupted the bus schedule and we were forced to stay a week in Delhi, which was more than welcome to me.

I spent every single day on the computer, writing and listening to music until the buses worked again.

The trip to Manali took 24 hours – which was the longest we’ve spent on a bus on this trip so far.

As usual, I listened to music and drifted off into daydreams.

And then we were there… surrounded by trees and mountains, rivers and waterfalls, in beautiful Manali.

And I finally imploded.

An anxiety, like I’d never felt it before, got hold of me. I couldn’t sleep and I wanted nothing more than to go home, but at the same time, the mere thought of having to get on a bus or plane scared me to the bone and I thought I was trapped in that guesthouse in Manali, far away from any hospitals or therapists.

Thanks to the internet, I found out that exercise, healthy food and nature are the main things to help in a case like this and after a week, I felt strong enough to leave the place.

Although at this point, I was sleeping for over twelve hours every night and my boyfriend had to wake me up in the afternoon and urge me to get out of bed at all.

It looked like our dream of travelling the world had come to an end.

Several people recommended me to stay home and recover, but I knew that this trip was my boyfriend’s biggest dream and destroying this for him wasn’t an option.

Plus, staying home would have required me to get a job – which in my condition seemed impossible.

Well… first of all, we decided that less is more and that from now on, we would never stay in a place for less than a week.

Also, we would only travel to beautiful places – beaches, mostly – and book cheap rooms only if they look comfortable and have good reviews.

And you know what? It feels great!

We now take care of ourselves, allow ourselves to stay in the hotel once in a while, watching Netflix, reading or writing.

If we feel too exhausted to travel, we extend our stay.

We also book every accommodation in advance now, so that whenever we arrive in a new place, we can go straight to our room, shut the door and give ourselves time to process everything that we saw, all of the images and impressions.

And that’s something I feel can’t be stressed enough.

Having enough time to process things is essential while travelling – especially as an introvert.

Forgiving yourself for not being in the mood to talk is important as well.

We’re always very friendly and polite to locals or other backpackers, but when we don’t feel like having a longer conversation, we find an excuse and retreat, instead of forcing ourselves to talk, like we used to.

Right now, we are in South East Asia, where we are enjoying beaching around.

And, while tourism has increased the prices here, we are glad to have reliable and comfortable modes of transport and accommodation and our batteries are fully charged again, ready for the second half of our world trip, ready for new adventures – though less intense ones, I hope.

Because after all, traveling is supposed to make you happy.

It’s not a competition, it’s not about pushing your boundaries farther and farther until you can’t take it anymore.

When you travel, you don’t only explore the world… you also explore yourself.

You get to know yourself better, you learn what you can and can’t do, you learn to trust your inner voice and your instincts.

What you find within you might not always be pleasant, but in the end, it helps you grow.

And this is why, despite living the dream, I often choose to dream my life.

To drift off into daydreams.

Because that way, I can recharge my batteries and go on… 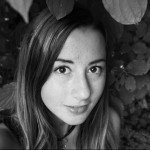 One Heart, One Soul, One Planet

Dominique (Nici) runs the blog 1 Heart 1 Soul 1 Planet with her boyfriend René. Are you interested in writing for us?