Are you planning a trip to Southeast Asia? Well then, you may have chosen the right sized rucksack, found the best value travel insurance and got all your vaccinations in time… but have you practised your karaoke?

My 1st Encounter with Karaoke:

It’s 2am, cold, dark and misty. Coats buttoned up to the necks, we march down the rocky trail that cuts through the tiny village of Huay Xai in Northern Vietnam, across a rickety bridge over the raging river, passing by silent huts and sleeping buffalo.

Hands cold, bellies warm and full of the potent local moonshine, Xeo, that had been generously supplied by our hosts back at the homestay, we march buoyantly through the night focused on our final destination – the hot late night spot on the other side of town – the local Karaoke Bar! 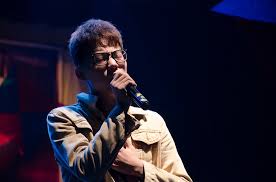 We roll up at a tiny joint consisting of two people (one of whom was asleep in a chair), a flickering fridge, a few chickens running around the stone floor and the prized item, a gleaming karaoke machine!

Zoom, our local guide, excitedly runs over to take to the “stage” the minute we arrive.

With no English songs apart from a badly synched version of Whitney’s ‘I will always love you’ we were completely upstaged by our Vietnamese counterparts as they sung the night away to love song after love song.

A favourite being ‘An Noi soi du em Suk Quok Doi,‘ translated to us as ‘I in you. Together we give life you.’ (Romantic stuff.)

Karaoke is Everywhere in Southeast Asia!

As a backpacker in South East Asia, at some point on your travels, you’ll no doubt encounter the incredible Asian obsession with karaoke. (Or Empty Orchestra – as it translates from native Japanese.)

From tiny joints in mountain villages in Laos to swanky establishments in bustling cities such as Singapore, you may try but you cannot escape karaoke in Asia!

It’s a cultural phenomenon; an obsession that most travellers just can’t get their heads around! What’s all the fuss?

From my experience in England, karaoke is something you do at the end of a (very) drunken night. Someone jokingly suggests the karaoke bar and the rest of the giggling party agree. Inhibitions lost through copious amounts of alcohol, it’s a ‘one-off’  ‘a laugh’ and something you’ll try to forget the next day as your friend shows you a video of yourself on their mobile phone gyrating your hips and singing Tina’s ‘Simply the Best.’

In Asia, it’s a different story.

In Southeast Asia, Karaoke is not just confined to the limits of the late night Karaoke Bar.

You’ll encounter it in the most unusual of places! Buses being one of the most fun (read: potentially suicidal) places to experience the art.

Now you may ask – who the hell wants to sing karaoke on a bus? Surely it’s a time for sitting quietly, looking out of the window, contemplating life and the Universe?

Not at all! A moment of silence must be filled. We must take this opportunity to pass around a microphone and screech at the top of our lungs at a deafening decibel level to sickly love songs that are booming from the stereo.

(For long bus rides, ear plugs and/or a white noise machine are a good idea.)

When backpacking in Siem Reap, I learned more about the craze. I had the great honour of attending a Cambodian wedding. Sat in the guesthouse, the local guys were rushing around picking up suits and shirts from the launderette and getting themselves all dapper. When I asked what the occasion was they told me it was their friend’s wedding and would I like to go? Yes of course!

The wedding was amazing. Seven courses of delicious Cambodian food and as much beer as we could drink!

As the only foreigners at the event, my friend and I were fussed over and weren’t allowed to sit down as we were dragged up to dance. By far the most astonishing part of the wedding was the continuous karaoke routine.

Right from the beginning of the night before a drop of alcohol was consumed the young male guests at the wedding were up on the stage belting out gushy love songs. Each one of them singing like a Cambodian ‘Michael Buble,’ with heartfelt expressions and melodious voices.

Imagine this scene at an English wedding! Before they would even dream of taking the microphone, an average English bloke would need about 10 pints down them and only then for a horrendous rendition of ‘We are the champions’ surrounded by a load of drunken football/rugby mates.

After coming across it numerous times on my backpacking journey in Asia, I decided if I can’t beat them, join them.

I ventured to a real-life Thai Karaoke bar with some of my Thai friends. In good hands, I was a little nervous, but being a ‘Korean Barbecue’ AND a Karaoke Bar all in one (a “Koreoke” if you like!) – I figured I was in for a treat!

Sure to my research, there would be no time to get hammered beforehand and the minute we arrived it was straight to the karaoke booth to start singing. It was serious stuff! Not only were the rest of the group completely silent, observing while the singer performed, at the end of the song percentages were awarded for how well they had sung.

The percentage was quite clearly selected at random as an 89% flashed up on the screen after a horrific, horribly out of tune humming of a Thai pop song by yours truly. At that moment I may have even gathered an inkling of understanding for the obsession. I felt good. Everyone clapped when I finished. I would try for 100% next time!