Of course, the answer is yes! I’m 52 and I’m just at the end of a month’s backpacking around Sri Lanka. The freedom to roam, with your house on your back, is as liberating as resigning from a job you’ve had for far too long.

Whether your old Eurohike backpack has been languishing in the loft since the 90s, holding memories of Full Moon Parties on Anjuna Beach in Goa, or you’ve never backpacked and, you fancy breaking away from the two-week-one-hotel-all-you-can-drink package deals…

I hope to encourage you to shake off the spacious security of a wheelie case, pack minimally and throw your health and safety concerns under a tuk tuk!

The backpacking fraternity, including the oldies, like me, will happily help you on your way. OK, let’s quash those backpacking barriers…

7 Fears That Stop 50-Something Travellers From Hitting the Road!

1. I have too many commitments to take a month off, let alone a year!

You will have a week or two spare though, won’t you? Backpacking is not necessarily about extended periods of travel (though it’s great if you can do it). It’s about independent travel.

You can choose where to go, when and why. You have the exciting task of researching your destination and packing to suit. After all, who doesn’t like choosing a new backpack or selecting a destination based on how much you love curry?

Before you go you book a flight, check the entry requirements and book your first two nights of accommodation. And if you don’t like where you are you can simply hoik your pack on your back and move on!

Well, this is where age has a distinct advantage because you are more likely to have more money than your younger self. And the tourist industry knows it!

The choice of accommodation, and rates to suit, is plentiful these days. If you’re like me, hotel rooms are for sleeping comfortably. I’m too old for dorms with small windows and a single fan between eight bunk beds. I now need deathly silence to sleep properly and air-con if the temperature tips over 25 degrees centigrade.

Though don’t dismiss backpacker hostels that have private rooms with private or shared bathrooms. Meeting fellow travellers in communal areas is a great way to receive insider information on the best hikes and tours or the latest travel scams!

While you’re likely to want to afford air-con class buses on a coach through Java or Cabin Class sleepers on a Pelni ferry to Sulawesi, do avoid flying everywhere or taking a taxi, just because it’s easier.

One of the unsung rewards of backpacking is experiencing local culture on public transport. You wouldn’t want to miss the historic journeys of fellow travels of yesteryear such as travelling the old single gauge train from Yangon to Mandalay.

Often I choose to ride the hot, almost airless, public buses of Southeast Asia, just to enjoy their artful interiors, the ‘where are you from?’ exchanges with locals and the smell of brightly coloured snacks as sellers pass down the aisle.

As you get older, the dangers and annoyances of travelling independently are the same as they’ve always been.

Travelling independently has inherent risks. Mostly, just small things like a stomach upset or being conned out of a few Thai Baht. But remember this can happen at home or during package holidays too!

The rewards of backpacking are rich at any age. The standards of comfort and hygiene are much higher than ever before. Some countries have introduced tourist police, to deter persistent sellers and petty criminals at popular tourist destinations and sites.

5. Backpacking is just for 20 somethings!

I find travellers of all ages wherever I go and often end up hiking with them, sharing a beer with them or being inspired by them. I met a Brit in January in Ushuaia, Argentina, who was in his mid 50s and had been to 103 countries!

On a train going to Jaffna, northern Sri Lanka, last week, a Canadian couple in their 60s started up a conversation by complimenting the size of our backpacks (40 litres by the way). Coincidentally, I’d spotted them at the train station earlier and had serious backpack envy – they had a compact luxury brand I’d not seen before.

You see, some traveller conversations don’t change however old you are. While your choice of where you prefer to go, eschewing a beach party for a safari retreat, may.

6. Backpacking ain’t what it use to be

In some ways I agree. Have you been to the Khao San Road (Bangkok) or Kuta Beach (Bali) recently? Yet, those lucky enough to do the Silk Trail in the 60s and 70s would have said the same thing to me in the 90s. However, destinations with a relaxed backpacking vibe still exist, such as Sigiriya, here in Sri Lanka!

In other ways, backpacking is better today than it has ever been! You can book your affordable room in advance and use your phone to find out where it is. Things are quick, easy and cheap!

In the pre-internet backpacking era, you had a travel guide map in one hand and a piece of paper with recommendations on it in the other. You’d get off an overnight bus, on an empty stomach, jump in a cycle rickshaw and ask to be taken to Peace Sunset Beach Guest House, only to find it closed three months ago! Desperate for a shower, you’d end up negotiating for a windowless room with an unscrupulous guy you were not even sure was the owner!

Finally, backpacking these days has significant benefits with technology. While some say that mobile phones are ruining travel, in many ways, smartphone technology is making travel more accessible than ever!

If you choose to do so, you can access a proliferation of travellers, who want to share their thoughts freely on the best places to see, eat, shop and hang out, via social media, saving you a lot of hard work. (The South East Asia Backpacker Facebook Group is a great place to start!)

And If it’s too hot to sun yourself on the equatorial beaches of Cambodia, you can stroll to a local cafe and choose to gaze at those around you. Alternatively, you can read a book via the Kindle app (a highly recommended app for backpackers), check Dave’s operation went ok via WhatsApp or sigh loudly at the ongoing trauma of Brexit on BBC news. After all, there’s a high probability that free Wi-fi is available!

Are you a backpacker who is older than the 18-30 stereotype!? Get in touch, we’d love to hear your stories of backpacking at any age!

Ali has been backpacking, in between studying and working, since 1987. She made her first trip to South East Asia in 1992. She has travelled 61 countries, reaching all 7 continents. South-East Asia remains her favourite part of the world. 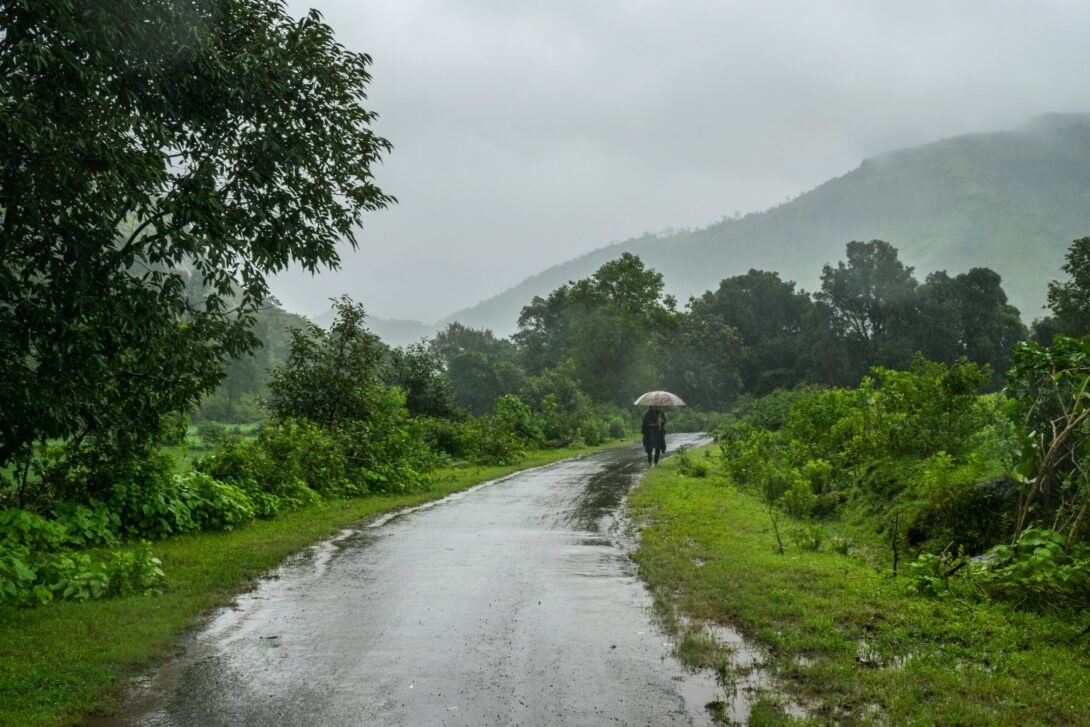 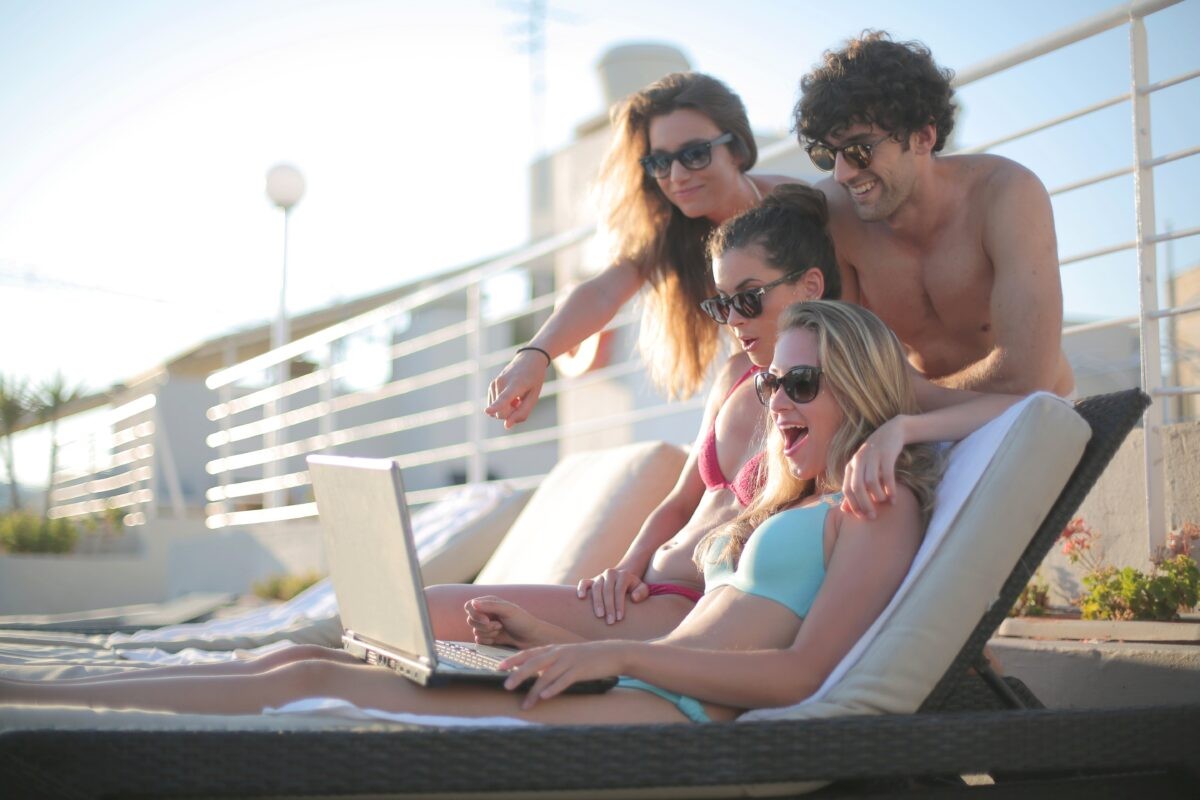 2 thoughts on “Should you Go Backpacking at 50?”