Ramadan is the most sacred month in Islamic culture. Muslims who fast during Ramadan refrain from not only food and drink but also tobacco products, sexual activity and impure thoughts. Instead, daylight hours are spent in prayer and reading the Qur’an. This annual event takes place throughout the ninth month and is represented as one of the Five Pillars of Islam.

At the end of Ramadan, everyone celebrates Eid al-Fitr/Hari Raya with loved ones to mark the end of the fasting period. This is an important holiday in Muslim countries, so it’s essential to plan if you’ll be backpacking around this time.

This guide will teach you what you need to know if you’re travelling around Southeast Asia during Ramadan. Being informed will help you get the most out of your travel experience and also help you to avoid unintentionally disrespecting the local culture.

An Introduction to Ramadan

Muslims follow the Islamic calendar (also known as the Hijri calendar) and as a result, Ramadan begins on a different date each year. The sighting of the crescent moon will determine the official time that the holy month begins.

From sunrise to sunset, Muslims abstain from eating, drinking, smoking, sexual activity and impure thoughts between the pre-dawn meal (Suhoor) and the break-fasting dinner meal (Iftar). As a part of Ramadan, Muslims are also reminded to have empathy and compassion towards those less fortunate. Ramadan is a duty that all Muslims are expected to perform as part of the Five Pillars of Islam. These are as follows:

Where Is Ramadan Celebrated in Southeast Asia?

Ramadan is celebrated predominantly in Brunei, Indonesia, and Malaysia. It is also recognised in Thailand, the Philippines, Singapore, Vietnam, Cambodia, and Laos.

Brunei Darussalam is a Muslim country with strict religious laws. Brunei’s Sharia (Syariah) Law applies to both locals and foreign visitors, including non-Muslims. During Ramadan, shops and restaurants will be closed during daylight hours to respect those fasting, and open restaurants can serve takeaway meals only. It is an offence under the law to consume food and drinks, chew gum or smoke in public during daylight hours.

Foreigners (including non-Muslims) should dress modestly. It is an offence to criticise the religion of Islam, and social customs must be understood and respected. Loud music and dancing are considered offensive in public places during this time. Larger crowds and increased traffic are expected during Eid which is marked by a four-day national holiday.

Foreigners who visit the majority-Hindu island of Bali will have a different experience than those who travel to other Indonesian islands where Islam is widely practised, such as Java, Sumatra, Sulawesi, and Lombok.

With the largest Muslim population in the world, Indonesia recognises Ramadan with two official public holidays for Lebaran (Eid al-Fitr and Eid al-Adha), plus the following week is a joint holiday across the country. Travel is limited, expensive, and often booked out in advance, so it is best to plan ahead.

During ‘mudik’, millions return to their hometowns to celebrate Lebaran. It is common to see people giving out free food (Sahur) and drinks on the road, such as bottled water, sweet and savoury snacks, and dates (korma), to those not at home to break their fast.

You might notice a slower pace of life during this time. Businesses may close entirely or adjust their operating hours, including restaurants and local food stalls (warungs). Eating, drinking, or smoking tobacco during daylight hours in public or around those fasting is considered impolite. Traffic, restaurants, and street food markets will be bustling before Iftar (the meal which breaks the day’s fast), so expect large crowds and long lines for a table.

Ramadan is the most significant holiday of the year in Malaysia and public holidays include the first day of Ramadan (regional holiday) and a three-day national holiday to celebrate Hari Raya.

Malaysian Muslims are not permitted to eat in public during the day, and out of respect, foreigners should be mindful when eating in public. Shopping malls will become increasingly crowded towards the end of Ramadan as the locals shop for gifts for family and friends.

Buddhism is the state-recognised religion of Thailand, with over 90% of the population following Theravada Buddhism. Most of the Muslim community (Thai Malays) reside in the southern provinces of Yala, Satun, Pattani, and Narathiwat. Ramadan celebrations are more prevalent in Phuket, where around 30% of the population are Thai Malays. In Thailand, it is a century-old tradition for Muslims to sacrifice a cow on the first day of Ramadan.

In Singapore, an estimated 15% of the population identifies as Muslim, and the majority are ethnic Malays. Being the cultural melting pot that it is, there is no surprise that Singapore openly celebrates the month of Ramadan. One thing that most people look forward to is the annual Ramadan Bazaar at Geylang Serai. This incredible market sells everything from decorations to food in preparation for Eid (Hari Raya Puasa, as it is known in Singapore).

The Philippines is home to over 110 million people, and around 8 out of 10 identify as Roman Catholic. Only 5% of the population is Muslim, and most live in parts of Palawan, the Sulu archipelago, and Mindanao. Filipino Muslims participate in the holy month of Ramadan, and there is a one-day national holiday dedicated to Eid’s Fitr.

Although just 1% of the population, Vietnam is home to two Muslim groups, Sunni Muslims and Bani Cham Muslims. They primarily reside in the south-central coastal area, the Mekong Delta, Binh Thuan Province, and Ninh Thuan Province. Many Muslims in these regions choose to marry during the month of Ramadan and spend time with family and friends.

Buddhism is Cambodia’s state religion, and Islam comprises less than 2% of the population. The Cham Muslims of Vietnam spread the word about Islam in Cambodia, and the religion is fully respected in the country.

Laos has a diverse range of ethnic groups who practice the Tai Folk religion, but Theravada Buddhism is still the largest religion. In Laos, a small minority follow Islam and those who do, primarily reside in Vientiane.

Travellers can join Iftar (evening meal) to break the fast with traditional dishes and sweet treats. Everyone is invited to celebrate Eid-al-Fitr on the final day of the holy month. At this time, Muslims often donate money (zakat) and cook meals for their local community.

Ramadan is a significant time of the year for Muslims, and travellers who visit Southeast Asia are welcome to join the events, share a meal, and learn about the Islamic religion. Aside from expected travel disruptions around the Eid holiday, the rest of the month for visitors is business as usual.

Even if you don’t follow the Islamic faith, remember that Ramadan is a time for self-reflection, gratitude, and prayer, all of which can be appreciated by everyone.

Have you backpacked Southeast Asia during Ramadan? What was your experience? Let us know in the comments! 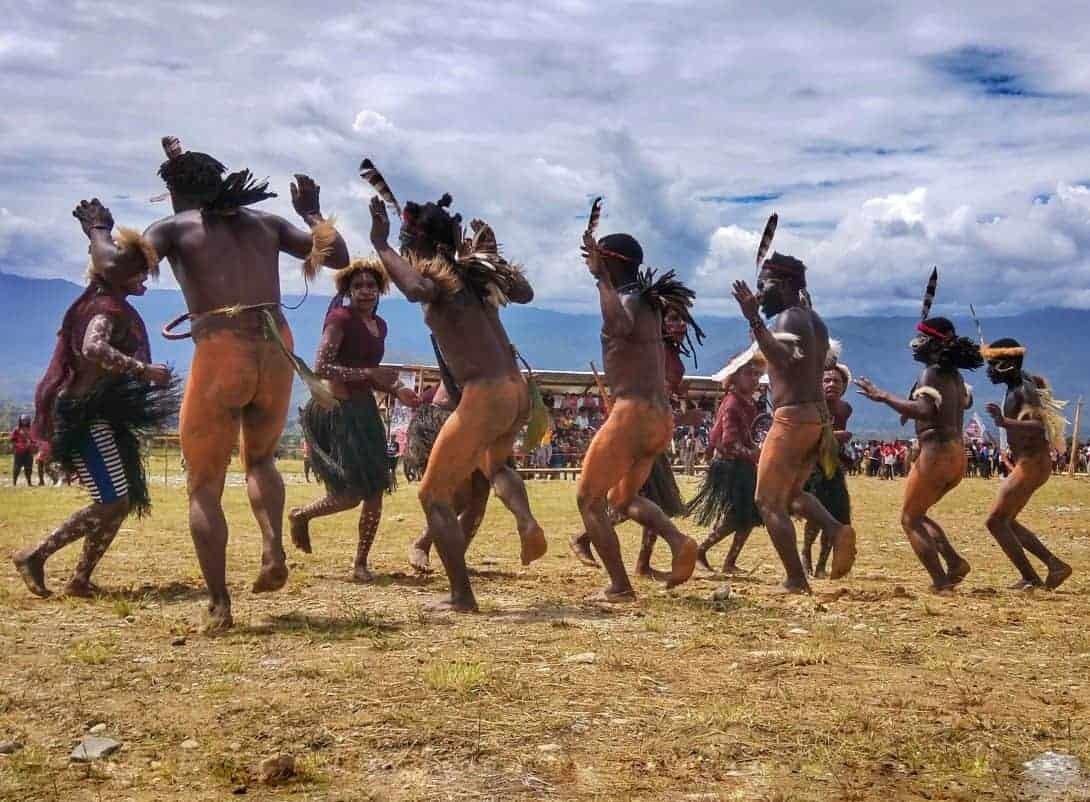 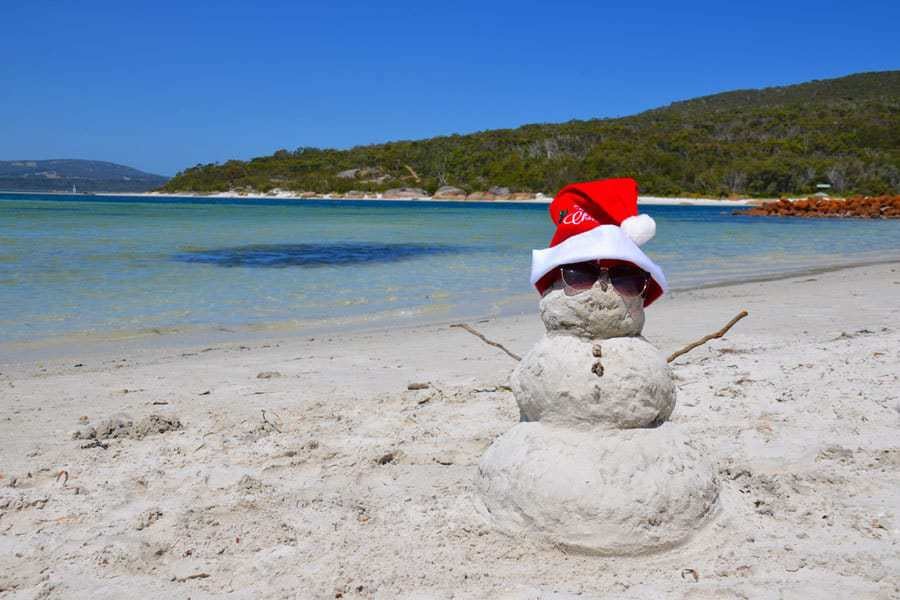 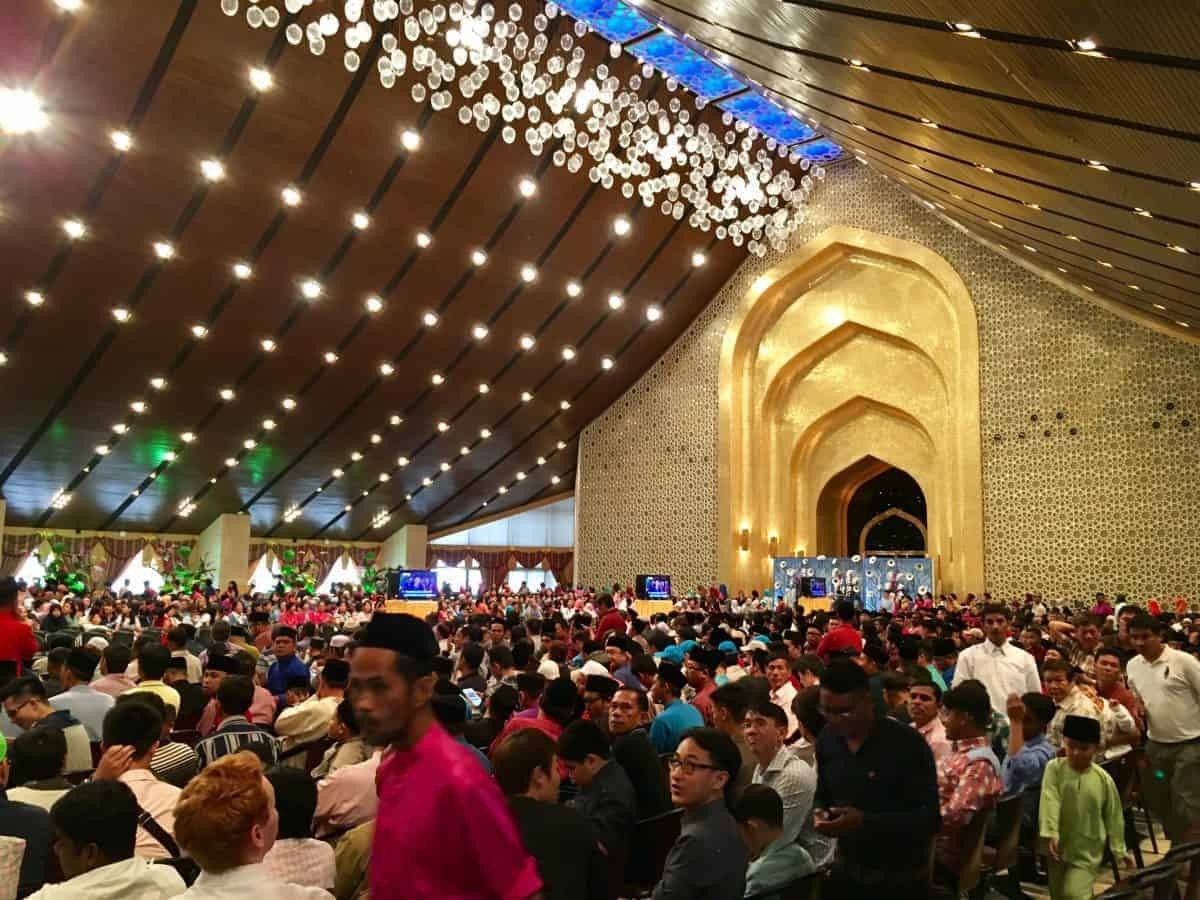