In 1938, American expeditioner, Richard Archbold, chanced upon Baliem Valley, home of the Dani tribes. He was shocked to see how far removed from the rest of the world they were and compared their lifestyle to what a 21st century stone age would look like.

Nudity was common, so was polygamy, cannibalism, and clan warfare. He saw men wearing penis sheaths (koteka) and women in grass skirts, both men and women leaving their chests bare. Their faces were painted with natural dyes and decorated with elaborate headdresses.

The Dani Tribe lived in thatch-roof huts and subsisted on a diet of mostly sweet potatoes. They believed in shamans and sorcerers and carried dangerous weapons with them. The Dani tribe lived in pristine mountains and valleys, proudly upheld their traditions, and refused to conform to modern lifestyle.

Often regarded as the last frontier for backpackers to Southeast Asia, I decided to take a trip to Baliem Valley to understand how much the place and its people have changed since 1938. Was it still the wild and untouched place of my imagination?

Where is Baliem Valley?

Baliem Valley, also known as the ‘Grand Valley’, is located at the highlands of West Papua, in the far east of Indonesia. The 72-kilometre long valley lies at an elevation of 1600 metres and is surrounded by higher mountain peaks on all sides.

This portion of Papua falls under Indonesian territory, although you will need a special permit (Surat Jalan) to visit certain parts of Baliem Valley. The Surat Jalan can usually be obtained at Wamena Airport upon arrival, which is a permit free zone. You can read more about obtaining a Surat Jalan and what you need to bring here.

How to reach Baliem Valley

Jayapura is the gateway to Papua. To reach Baliem Valley, the closest airport is Wamena. The fastest and probably the only way to reach Wamena is:

What is the Baliem Valley Festival?

Baliem Valley Festival is a spectacular cultural celebration to showcase the traditions and customs of the various tribes of Baliem Valley. Tribes from different villages come down to the festival ground to perform mock wars, dances, pig races, and other activities. It is usually held in the month of August and is a rare chance to witness the vanishing lifestyle of the tribes of Papua.

Finding a guide in Wamena to explore Papua

Travelling beyond Wamena without a guide is not recommended. Most people book a tour guide before arrival but we hadn’t. At Wamena Airport, the tourism office gave us our permit “Jalat Suran” to stay in Wamena. He also provided us with the contact number of two guides who might be available.

A local guide caught hold of us at the airport and offered to drop us to our hotel for 200K IDR (approx. $13 US). We took him up on this offer and decided to discuss the rest of the tour with him. After painful negotiations, we agreed on an itinerary and price. He was to pick us up the next day morning at 8 am and take us to the Baliem Valley Festival.

I had a strange gut feeling and told my friend to call him up early morning to confirm that he would pick us up at 8 am. His phone was not reachable! We were stranded in our hotel without a guide or a car to get to the festival ground.

Luckily, our receptionist helped us book another car for the day. The driver did not understand English but he waited for us at the festival ground and transported us back and forth for the day.

Luckily, we called the numbers given to us at the airport and one of the guides was available for the next two days. For anyone planning a trip during the festival, I highly recommend contacting a reliable guide beforehand!

Contacts for Guides for Baliem Valley:

Where to stay in Wamena

Wamena has a few hotels but most of them are impossible to contact directly. They don’t have email addresses and rarely respond to phone calls. The only hotel on Booking.com in Wamena is EightPlusOne Wamena, which is around $50 US per night at non-festival times. Be sure to book in advance if you are heading to the festival.

We stayed at Wamena Hotel. The local guide, Onesius, helped us book a room in this hotel. We transferred him some deposit money to make the booking and paid the rest upon arrival. A trust-based transaction, you might say, but we didn’t really find another option.

We paid about $70 US per night for 2 people in one room. The room was standard and cleaner than we expected and we even had hot water in the shower! Quite a steal considering the steep prices in Papua.

First impressions of the Baliem Valley

On our first day in Baliem Valley, I had a head full of questions. Did the tribes still wear tribal costumes and live in thatch-roof huts? What language did they speak? How did they react to outsiders?

Here are some answers…

Due to the continuous efforts of missionaries, the tribes have slowly adapted to modern lifestyle. Wamena is a small town and its residents wear western clothes but they match it with a traditional headdress and bag.

Many of the tribes are still living deep in the mountains and some of the elders in these villages still prefer to wear traditional costumes. In some of these villages, electricity is not yet available and the residents still live a rather primitive lifestyle.

However, in Wamena and almost all other nearby villages, the modern conveniences are slowly creeping in. Some of the members of the tribes have taken a liking towards Christianity, received education, and tried to set up their own businesses. To remember their past lifestyle, once a year, everyone gets together to showcase their skillsets and prowess during the Baliem Valley Festival.

Honest confession. I expected more from this festival but I heard later on that this year the festival was low key due to some election-related issues in Wamena.

Before the festival begun, we walked around the valley to see the tribes dressing up in their tribal costumes. They were smoking constantly and a lot of them asked for money in return for pictures.

The festival started off with the first tribe displaying their tribal dance which was performed in the past to welcome the missionaries to Wamena. This was followed by numerous mock wars from the Dani tribe, Yali tribe, and numerous others.

In the past, the tribes went to war for three reasons: women, pigs, and land. Most performances included elaborate planning, attacks, new strategies, and tribal wars which would end with the realisation that war is bad for everyone. This was followed by pig races and spear throwing competitions. Most tribes would pose for a group photo after the performance.

There remains a lot of debate about whether it is morally right to visit indigenous tribes as this situation is often compared to a human zoo. However, I believe the Baliem Valley festival solves this problem as the visitors don’t infringe upon the privacy of the tribes. They politely interact with the tribes and observe their customs and traditions as willingly showcased by the members during the festival.

Exploring Baliem Valley – Meeting the Caveman and the Mummy

Either base yourself out of Wamena and visit the nearby villages and opt for day hikes to the mountains or opt for a 3-4 day trek of Baliem valley and stay in local villages along the way. The 3-4 day trek is usually very expensive as this includes accommodation in the villages, porters who will carry your bags and cook food, and a tour guide who will guide you and help you communicate with the locals. Therefore, we decided to base ourselves out of Wamena and take day treks from there.

On our second day, our guide Sadrak picked us up from our hotel in a local taxi/van. We journeyed through mountains and valleys, each one more breathtaking than the next, and finally reached the famous caveman.

I call him the caveman because I have seen his pictures before in multiple blogs besides a famous cave. He does not speak English but he welcomes us with a warm handshake. We pay him some money to see the traditional houses. Then, he takes us to Contilola Cave. The path is slippery but not too difficult. Good hiking shoes definitely helped.

We went inside the cave to see the limestone formations and gave the caveman a generous donation to take some pictures of him. Our next stop was Jiwika village, which is famous for an age-old mummy.

While Jiwika did feel quite touristy, it was interesting to hear the story of the mummy. Apparently, two tribes got into a war and the chief of the Dani tribe killed a member of the other tribe. He then preserved the body by taking out all the organs and adding some natural preservatives. Today, it has become a rather fascinating attraction, viewable only on payment of a minor fee.

A Day Hike to Heaven

There are numerous routes you can opt for while trekking Baliem Valley. Since we only had one day, we trusted our guide and followed his route. The pictures prove that we definitely did not regret this decision!

Contrary to my expectation, the journey to the top was rather smooth. The trail was clearly marked and took us through scenic fields, mountains, and rivers. Although the last stretch was quite steep and covered with thorny trees, the view at the top made it worth the effort.

I still remember the feeling of taking the final step to the peak. A sharp wind hit my eyes, and when I opened them, a set of rolling picture-perfect mountains filled with green vegetation greeted me. The rays of the sun lit up alternate sections of the mountains and a river at the bottom of the mountains completed the scenery.

Suddenly, we realised that we were running out of time as we had a few hours before sunset and a long way to get back. We had to take a shortcut, which was essentially walking down the mountain. There was no path, only rocks, trees, and sharp turns. Every step was treacherous. You never know whether there is a rock below the grass or just thin air. I almost tripped off the mountain a few times.

With the help of my friend and our guide, Sadrak, we finally made it back to Kurima village, just on time. From here, our car picked us up and dropped us back to our hotel.

The Wild Wild West of Asia?

Baliem Valley is often termed as the Wild Wild West of Asia. I don’t really agree. Modernisation and capitalism have slowly crept into the valley and the festival has become a tourist spectacle. That said, Baliem Valley does offer a unique opportunity to get valuable insights into primitive cultures as well as some awesome opportunities for hikers in the surrounding mountains.

Who knows what will happen to the tribes in the next 10 or 20 years. Will their lifestyles continue to modernise? Will the Baliem Valley Festival help to preserve a culture that is bound to fade? Only time will tell. 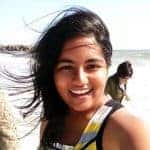 The Other Side Forever

Madhurima is a cultural purist at heart who believes in doing everything "the local way". She loves discovering off-the-beaten-track places and delving into the unknown. Eating local food, staying with the locals, understanding their culture & beliefs and celebrating local festivals is her motto while travelling. Are you interested in writing for us?