Bia Hoi represents everything us backpackers love. A cheeky bev, a sense of community, budget-friendly and of course, the fact that it is beer. Vietnam’s most famous lager is far more than an enjoyable tipple though, as one of the most popular drinks in Southeast Asia, it’s an institution.

This street beer is served all over the north of Vietnam and has shaped a drinking culture enjoyed by locals and travellers alike. If this is sounding like something you want to get involved in, (and let’s face it, why wouldn’t you?), read on because we’re going to give you the lowdown on every backpacker’s favourite beer. From the history of this iconic beverage right up to our top tips for visiting Bia Hoi junctions, we’ve got you covered!

Bia Hoi History: where it all began…

Much like the well-loved Banh Mi or delicious pho, it was the French colonialists who first introduced beer into Vietnam at the end of the 19th century.

Hommel Brewery was the first of its kind founded in Vietnam. It was located on Hanoi’s Hoang Hoa Tham and was established at some point during the 1890s. Much like other European products, originally beer was a luxury reserved explicitly for the elite.

During the first Indochinese War in 1945, there was a nationwide shortage of materials such as metal and glass. This meant that beer could no longer be stored in bottles or cans and reusable kegs were touted as the solution to the problem.

In 1954 when Vietnam gained its independence from France, they took over beer production and renamed the brewery ‘Hanoi Brewery’. Using kegs for storage, the brewers embarked on a goal to bring beer to the masses, thus Bia Hoi (literally translating to fresh beer) was born.

A beer shop was opened along Ta Hien Street which sold the drink by the glass and for a very affordable price. Local ingredients were used to make the beverage and its low alcohol content (between 3-4%) meant that the hardworking locals could enjoy a few glasses to cool off in the evening without feeling the effects. Note to backpackers: you will still get a hangover if you drink enough, trust me.

Prior to the introduction of beer, the Vietnamese people previously supped traditional home-brew rice wine. Whilst this stuff has a kick, it is not a treat for the tastebuds, which is probably why the locals were so pleased when beer exploded on the scene.

The Cultural Importance of Bia Hoi

Nowadays, Vietnam’s love for cheap beer has become as woven into the culture as conical hats and spring rolls. Every day, from about 4 pm, both locals and tourists flock to plastic seats to congregate in one of Hanoi’s many Bia Hoi junctions. Here they catch up on gossip and put the world to rights, all while enjoying some tasty, cold beer.

Bia Hoi is cheap, super cheap by western standards and it isn’t a huge money-spinner for the locals that sell it. To keep their businesses going, many people who run Bia Hoi corners have taken to selling traditional Vietnamese street food alongside the drinks with a few even offering imported beer brands to appeal to westerners. Don’t worry though, the Bia Hoi culture isn’t going anywhere soon! And let’s be honest, any excuse to munch on street food is a good one, right?

Bia Hoi is delivered in kegs to local businesses every morning but because it contains no preservatives, it spoils quickly, meaning that the earlier you order, the more fresh the beer will be. Don’t be put off by the timeline though, this beer is far too popular to sit around for long!

Is Bia Hoi safe to drink?

As with many locally brewed alcohols in Southeast Asia, some travellers have concerns regarding the safety of these kinds of drinks. From our personal experience and also from talking to other backpackers, we aren’t aware of any dangers that come from drinking Bia Hoi (except for an epic hangover if you get carried away)! However, it is worth bearing in mind that this brew is unregulated.

As the beer is delivered daily and also because the drink is so popular, Bia Hoi very rarely sits about for long, hence the name ‘fresh beer’. Whilst some backpackers will say that they put the dregs from empty glasses back into the kegs (an urban myth we could find no evidence for), you can’t expect too much when you’re getting a beer for less than you’d usually spend on a bag of crisps!

Of course, it is impossible to talk about Bia Hoi without mentioning its backpacker-friendly price tag. A glass of Bia Hoi will set you back less than 50 cents (11,000 VND), with some places offering it for as cheap as 20 cents (5,000 VND)! In fact, Vietnam currently holds the accolade for the world’s cheapest beer. Can we emigrate already?!

Whilst the price is enough to make you gasp, the nightlife scene which revolves around Bia Hoi junctions simply can’t be skipped. This refreshing beer brings people to the street corners of Hanoi every evening over a shared love of beer, a truly unmissable backpacker experience!

Whisky comes in tumblers and champagne comes in a flute so it’s no surprise that Bia Hoi also comes in its own special glass. Whilst these green, recycled glasses may not be anything much to look at, they do have a fascinating history.

From 1975-1986, Vietnam was in the subsidy period, where everything was supplied by the state. As beer had been the drink of the elite for so long, they struggled with the demand once the beverage went mainstream. Sipping Bia Hoi from water glasses and teacups was not going to hack it so a painter by the name of Le Huy Van was given the job by the government of designing something more fit for purpose.

The glass, which has a thick bottom and wide mouth was made from recycled glass and could hold exactly half a litre of beer. Although simple in design, it was the satisfying clink that came from toasting which made the glass such a hit with the Vietnamese. After all, what is Bia Hoi if not the chance to toast with your buddies?

Where to drink Bia Hoi in Hanoi

Whilst you’re not likely to go wrong at any of the Bia Hoi junctions, if you find one you like, make sure to make a note of its address and not its name. Many of these joints will have signs displaying ‘Bia Hoi Lan Chin’ or ‘Bia Hoi Ha Noi’. Whilst these look like names, they actually just advertise which brewery they buy the Bia Hoi from.

This is the main street for Bia Hoi drinkers, located in the Old Quarter. The whole road is crammed full of plastic red chairs and the area is frequented by locals and tourists. If you’re looking to meet other backpackers for a beer-fuelled evening, this is the place. However, if you want to get off the tourist track, head to one of the quieter side streets.

Getting to Beer Corner

It is easy to get to Beer Corner from anywhere in Hanoi. The best way is to grab a motorcycle taxi which costs roughly 10,000 – 15,000VND per kilometre of your journey.

Got a favourite Bia Hoi junction? Let us know in our Facebook community full of like-minded backpackers like YOU! 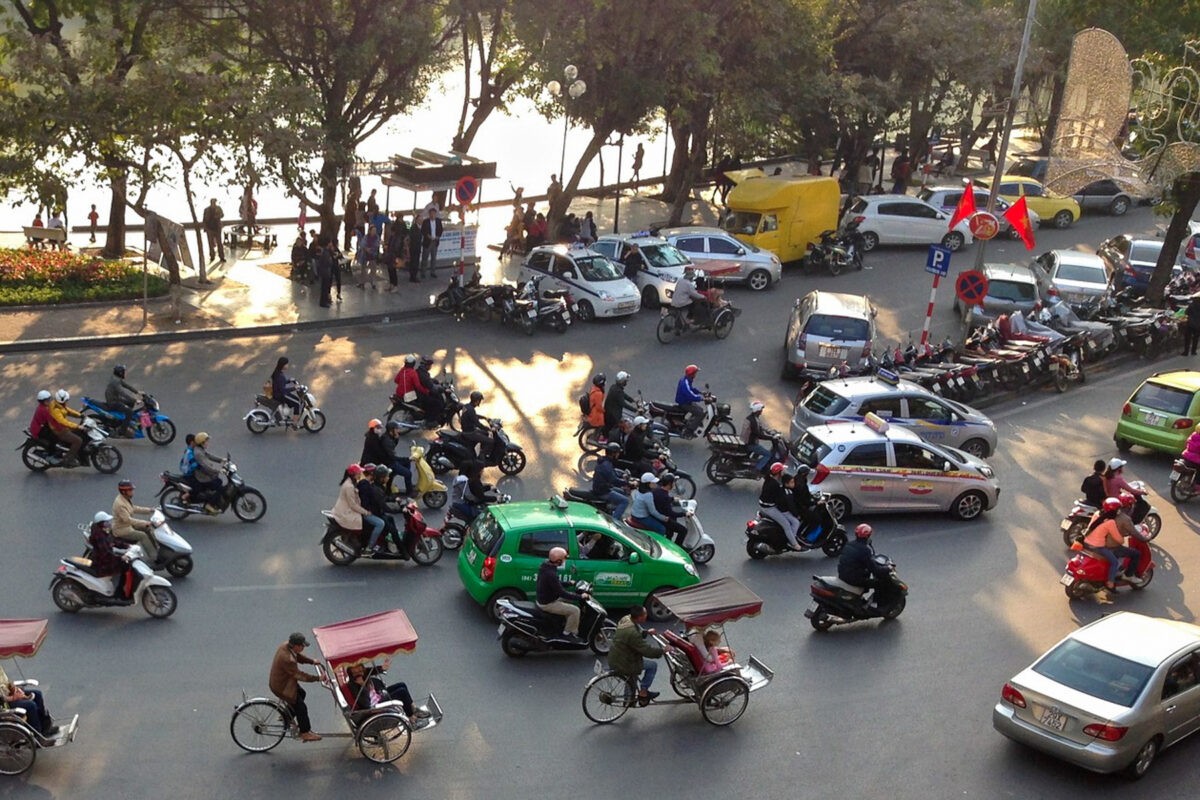 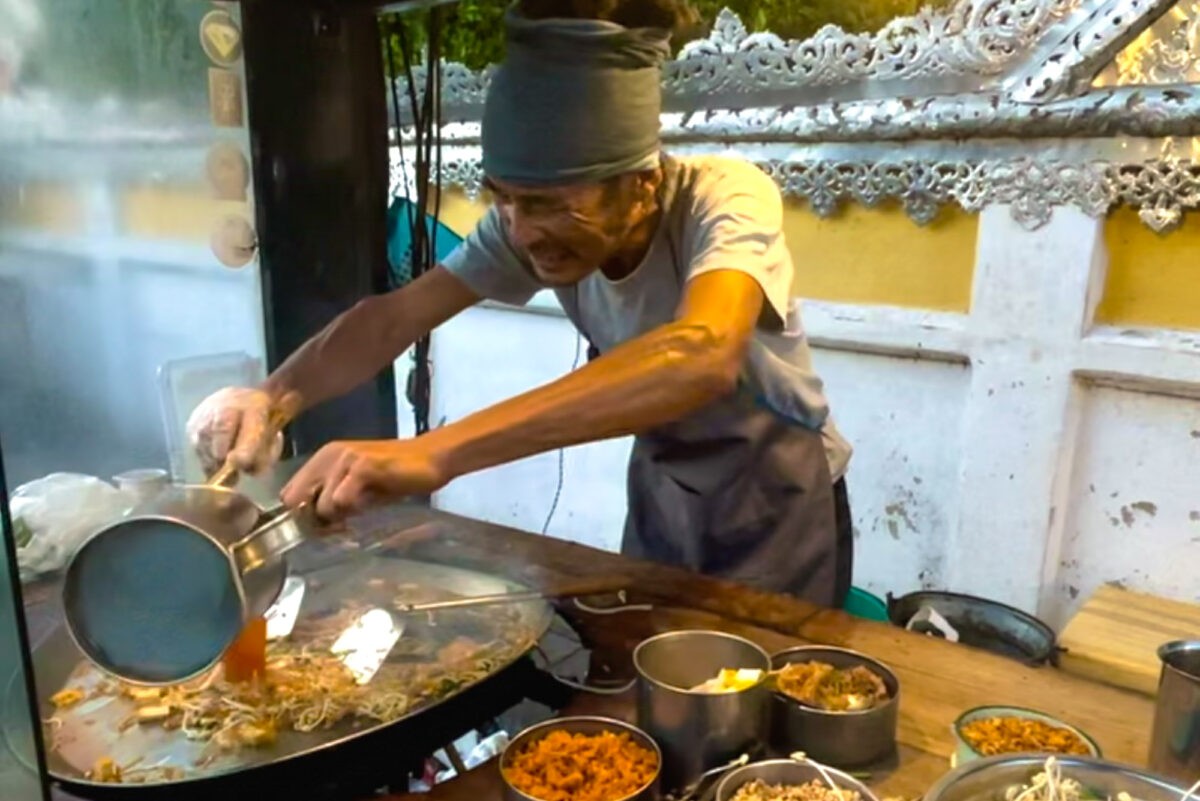