Considered to be Vietnam’s national dish, a steamy bowl of phở is a cornerstone of Vietnamese cuisine. With such an exciting flavour profile, it should come as no surprise that this steamy broth has gone global, ever-growing in popularity the world over.

Before we dive into where to eat phở in Vietnam (the quick answer is absolutely everywhere), we’ll also cover the origins of this quintessential dish, how to make it and finally, teach you how to eat phở like a pro.

Put simply, phở is a Vietnamese noodle soup dish which is sold all over the country, both on the street and in restaurants. Contrary to how it is spelt, it is pronounced ‘fuh’ as in ‘duh’. Although technically, phở refers to the specific kind of noodle used in this soup, it is commonly used to describe the dish as a whole.

Although there are regional variations of this dish, a typical phở will contain rice noodles, bone broth, fish sauce, herbs (usually cinnamon, star anise, coriander, black cardamom, ginger and cloves) and thinly sliced meat. Traditionally, beef is used but you can also find phở with chicken, seafood and pork.

Although vegetarians and vegans travelling Southeast Asia can ask for the dish without meat, if bought on the street, the broth will still contain animal products. To try a truly veggie or vegan version of this dish in Southeast Asia, you will need to look for specialist restaurants that cater to your dietary requirements. Look out for signs that say phở chay (meaning vegetarian phở).

Phở is often served with Thai basil, beansprouts, lime wedges, chilli and quay (fried dough sticks). It is most commonly eaten for breakfast, however, owing to its popularity it is served around the clock for all to enjoy.

The type of phở traditionally served in northern Vietnam is known as phở bắc. It is characteristic for its use of blanched green onion, fatty stock and unique selection of herbs. Pickled garlic, chilli sauce, coriander and diced green onion are used. It is said to be spicier than the popular version of phở served in the south.

The phở which is typically served in the south is known as phở Sài Gòn. By comparison, it is sweeter to the taste, with a clearer stock. Bean sprouts, hoisin sauce, Thai basil and freshly sliced chilli are used in the recipe. In the south, pho noodles may be passed over for kuy teav noodles instead.

How to Make Phở

Although we like to give things a good go here at Southeast Asia Backpacker, we are far better at eating food than making it. However, we also know that many of you will already be drooling and will want to find an easy recipe to dive into as soon as you’ve finished reading.

For a quick and easy crash course in how to make Vietnamese phở, check out the video below with the fabulous Mrs Nguyen.

Even though phở has long been a staple of Vietnamese cuisine, its origins are largely unknown. Experts believe that much like banh mi, it was introduced in Vietnam during the French colonial period in the late 19th to early 20th century.

Pho is thought to have first appeared in the province of Nam Dinh, located southeast of Hanoi. Some historians believe that pho was a Vietnamese take on the French beef and vegetable stew (pot au feu).

Prior to the French colonisation of Vietnam, beef wasn’t really consumed on a wide scale. However, the introduction of dishes such as pot au feu catapulted the demand for beef and it began to be a more common feature of the Vietnamese diet. It has been theorised by western scholars that ‘phở’ gets its name from the French ‘feu’.

Another popular theory is that phở is actually inspired by a Cantonese dish that was commonly eaten by the Chinese communities in northern Vietnam. Known in English as ‘beef with noodles’ (牛肉粉), the final Chinese character is pronounced ‘fuh’, similar to ‘phở’.

As the soup began to grow in popularity and spread across the country, locals began to play with the flavour palette of the dish. Before long, beef was being substituted for chicken and seafood. This was the beginning of what would later become the regional variations of phở.

By the 1930s, the popularity of phở had become well known as the word was added to the Vietnamese dictionary, cementing its importance within the language and culture as a whole.

The Globalisation of Phở

1975 was the year that marked the end of the long and bloody Vietnam War. Seizing this opportunity, many Vietnamese refugees fled the country and resettled in destinations all over the world in search of new opportunities and beginnings.

This signalled the start of phở’s globalisation. Refugees headed to Europe, Australia and North America, putting phở on the map.  Today there are nearly 2,000 phở specific restaurants in the USA alone and the dish has only continued to grow in popularity there.

If you’re going to succeed at eating phở like a local, then you’ll first need to be familiar with the utensils you’ll be provided with. Traditionally, you’ll be given a pair of chopsticks and a spoon. The chopsticks are held with your right hand and the spoon with your left. This will be reversed if you are left-handed.

You should begin by working the noodles with your chopsticks and taking a sip of the broth (no added seasoning). You can either do this with the spoon or by drinking a sip of the soup directly from the bowl. The advantage to holding your face up to the broth is that you really get a chance to take in the aroma.

Once you’ve tried the broth, you are then free to add any additional spices or ingredients to suit your tastes. Lime juice, chilli peppers and fish sauce are common additions and should be mixed in using chopsticks.

Using your chopsticks, gather up a few noodles, some leaves and meat and enjoy! In between chewing, spoon up some broth to sip. Once all the noodles are finished, you’ll be left with the remainder of the broth. The grand finale is a satisfying slurp as you bring the bowl to your lips. This is how the locals do it!

Where to Eat Phở in Vietnam

Phở has been named by CNN as one of the top 50 foods in the world. It probably goes without saying that this is a dish you have to try while you’re in Vietnam.  While there are definitely some better phở dishes than others, you’d need to be pretty unlucky to find a really bad one. However, for a truly mouth-watering experience, check out the following places recommended by our community of travellers…

Popular with locals and travellers alike, Pho Gia Truyen is one of the best places within the city to try traditional phở. You’ll know when you’ve stumbled upon this place as there are likely to be long queues. If you can, avoid visiting at the weekend when it is at its busiest.

If you are looking for authentic Vietnamese phở, this place is one of the best. They serve one dish only, the classic beef phở, although you can order quay (fried dough sticks) to go alongside your meal. Pay first, take a seat and slurp away.

This buzzing restaurant is rated for its mouthwatering phở and high level of cleanliness. It is so popular in fact, that the owners have been able to expand their business and open a further two restaurants. Pair your mouth watering phở with a delicious Vietnamese coffee for the all-out experience!

If you are looking to try chicken phở, this is a great place to check out. Visitors to this restaurant report a steady stream of local guests and a varied menu. They also offer beef phở, however, the chicken seems to be the most popular according to visitors.

Cost of Phở in Vietnam

The cost of phở varies depending on where you buy it. For example, phở bought from a street food stall will be less expensive than that consumed in a restaurant. The location itself also plays a part. If you are in a local district of Hanoi that doesn’t play host to many tourists, a bowl of phở is likely to be cheaper than in traveller hotspots such as Hoi An.

Know of a great phở restaurant in Vietnam that we have missed? Let us know in the comments! 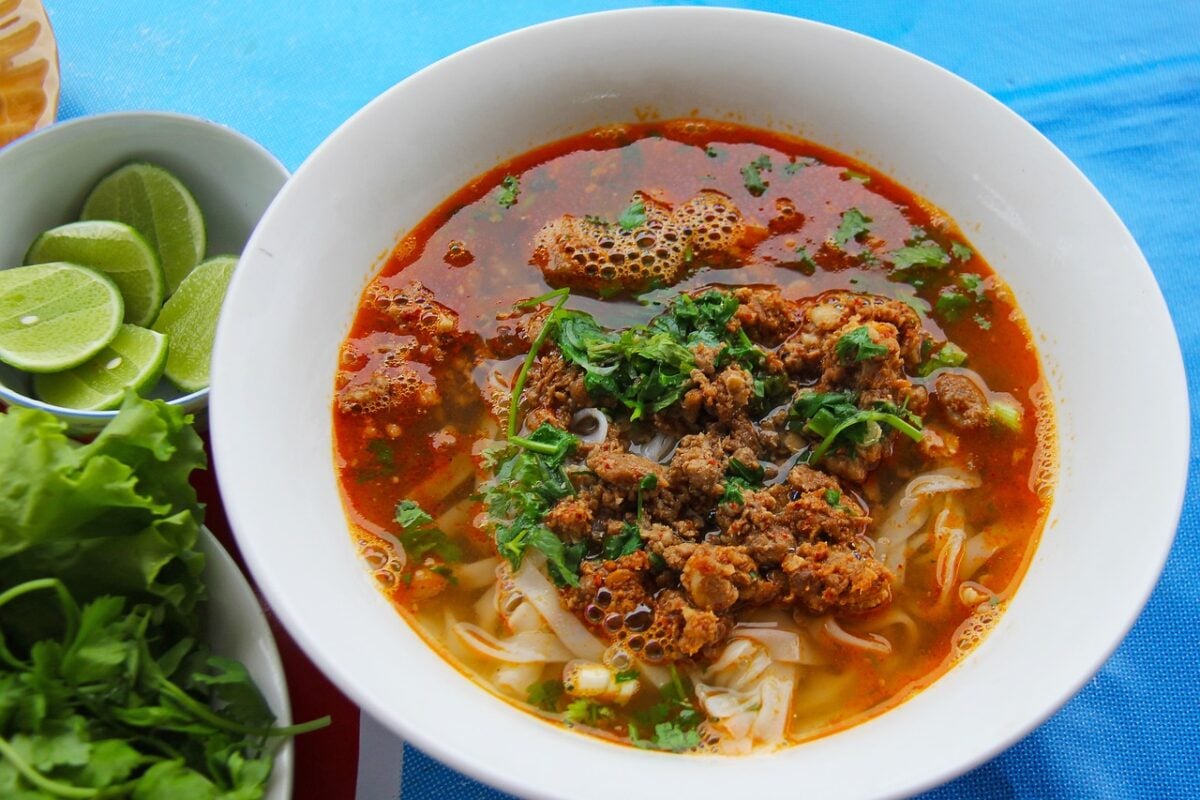 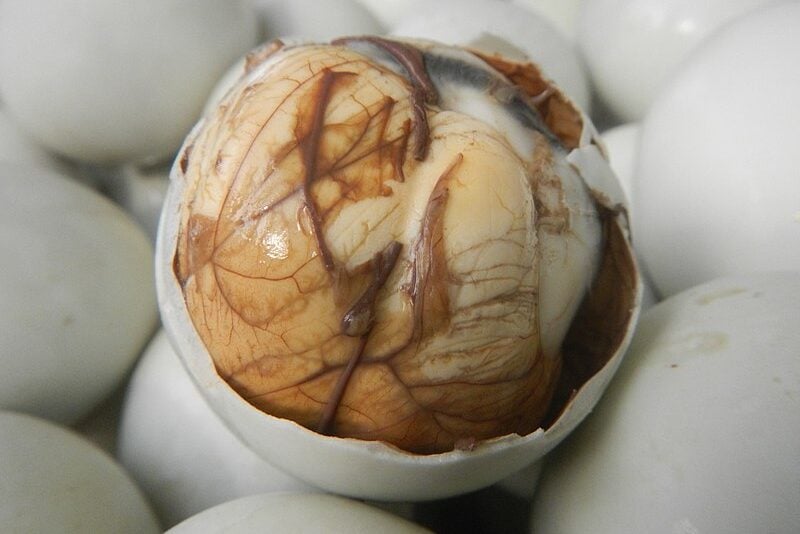 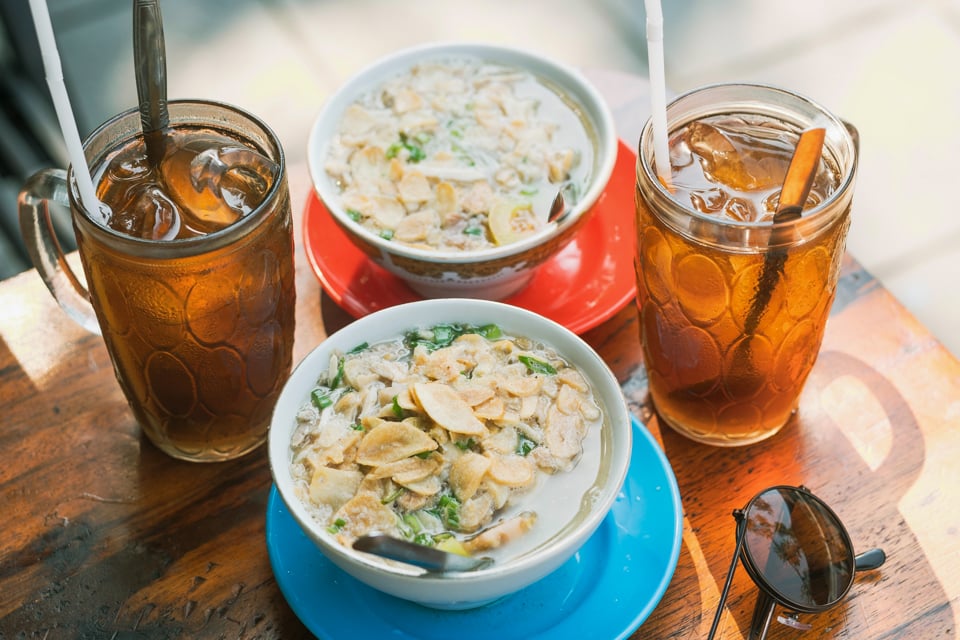