On 3rd February 2011 Chinese communities all over South East Asia welcome in the New Year of the Rabbit. The day marks the beginning of the new moon and is the longest and most important event in the Chinese calendar. It is celebrated, not just in Asia, but all over the world.

What does the Year of the Rabbit mean?

The Year of the Rabbit is considered a year of peacefulness and recuperation after the powerful Year of the Tiger. 2011 should be a year where people take time catch their breath, negotiate peace in business and spend time with their families in the security of their warrens! (homes) Predictions state that it will be a year of rest and a slower pace of life compared to previous years.

At Chinese New Year rituals are made which are said to bring good fortune in the coming year. Symbolism is a very important part of Chinese culture and certain colours, animals, foods and numbers are considered ‘lucky.’ At this time of year symbolism becomes even more important as people pray for their fate in the next twelve months. 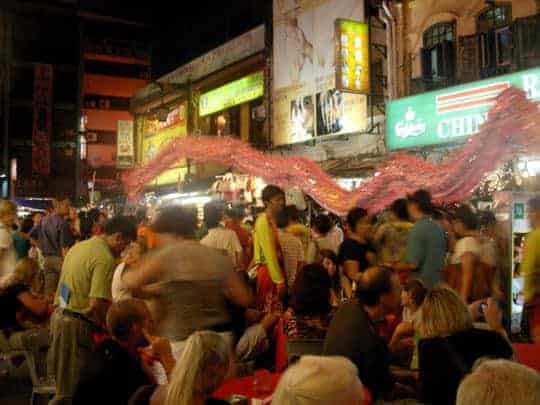 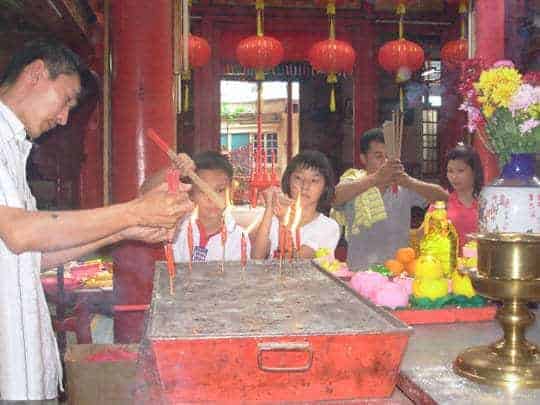 Families get together, exchanges gifts and decorate their streets and homes with red paper lanterns and freshly cut flowers – which represent prosperity. People also wear red clothes on New Year’s day which is the traditional colour of good luck.

Children are given gifts of money in ‘lucky’ red envelopes, called “Lai See” and adults see it as a time to settle old debts and start anew. In a gesture of starting afresh, homes are cleaned before New Year, but not on the actual day as this would be considered ‘sweeping away the good fortune.’

As a tourist you may be given oranges and tangerines at New Year, which signifies good health and long life.

The dragon is also a significant symbol of new year and the ‘Dragon Dances’ are an important part of Chinese culture dating back to the ‘Song Dynasty’ (960-1279 AD) There is a belief that Chinese people consider themselves to be descendants of the dragon and the dragon is a symbol of power, strength and good luck

The Legend of Chinese New Year

According to legend, the New Year rituals date back to the battle between a village and a mythical monster named ‘Nien’ The beast would always come on the first day of the New Year to kill livestock, eat crops and devour children! The villagers would put food outside their houses as offerings to prevent the attacks and would use loud firecrackers to scare him off. In time, the people also learnt that the ‘Nien’ was afraid of the colour red, as on one occasion the beast was frightened by a little girl in a red dress.

Festivals, parades and cultural performances will be taking place all over South East Asia amongst Chinese communities. There are dragon and lion parades, people beating drums and cymbals which are believed to scare away any evil spirits that may be lurking in the coming of the New Year. Expect extremely loud fireworks and firecrackers at all times of night! 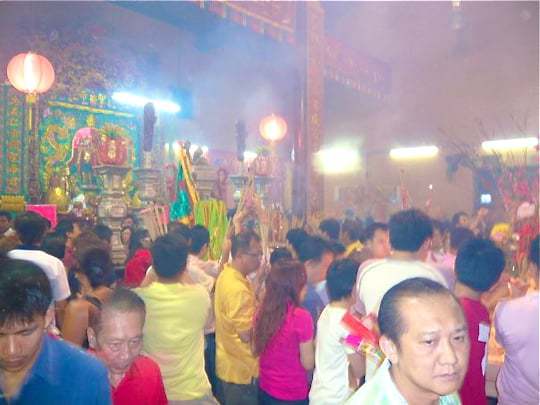 At midnight, in the Chinese Temple, Malaysia 2010

The Chinese Temple is a hive of activity. People light incense sticks, perform good luck rituals and pray for good fortune in the New Year.

Some good spots for backpackers to take in the celebrations!