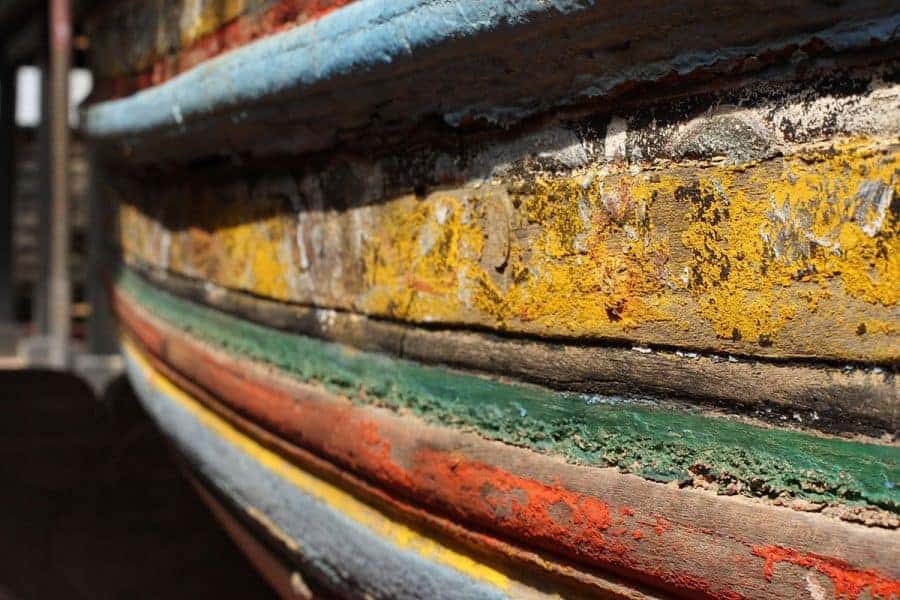 Most people travel through, rather than to Kota Bharu, (also known as KB) on their way to the Perhentian Islands. It’s also a popular place to organise Thai visas (more on this later). However, It’s also a destination in its own right and the state capital of Kelantan.

It’s known to be one of the more conservative states, with a majority Muslim population – that shouldn’t deter you.

It’s a small walkable city with lots of museums, an iconic central market and a food culture which takes influence from both Thai and Malay styles.

It will happily occupy you for a day or two if you want to see a different side of Malaysia to tourist-laden Penang, Langkawi or Kuala Lumpur.

Understand: As a Muslim area you should be respectful in your dress and behaviour. Men should cover their torsos and women should be conservative.

Couples should refrain from public displays of affection and drinking alcohol is not acceptable in public. Beer is readily available in Chinatown.

Places to stay in Kota Bharu

There is an unnaturally large number of hostels and guesthouses for a town this size so you’re never likely to struggle to find somewhere to stay and competition keeps prices low.

Be warned, when it comes to accommodation, Kota Bharu sometimes offers some rather well-worn places. Let us help you avoid them…

My Place Guesthouse on Jalan Kebun Sultan (near Cosmopoint College) is a great budget option, run by a welcoming local guy with good local knowledge on things to see, places to eat and can arrange reduced rate transport to The Perhentian islands. Private rooms at $10 USD.

For dorm beds, also at $7 USD, check out Kb Backpackers Lodge. It’s clean, has good WI-Fi and you have 24-hour access to the communal kitchen. Private doubles cost $14 USD.

If there are a few of you travelling together, one of your best options could be Danish’s Homestay Studio, an apartment that houses 4 people for $30 USD a night. It is very spacious, clean and in a great location.

What to do in Kota Bharu

Check out the iconic and much-photographed central markets, where you can buy local snacks, fruit and a selection of restaurants on the first floor. 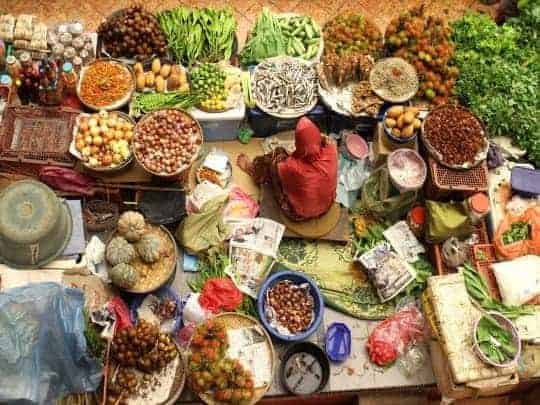 There are a lot of museums in KB including an Islamic Museum, WW2 Museum, State Museum, Handicraft Museum & Kelantan Cultural Museum. All charge a nominal fee of a few Ringgits to visit.

Understand: Fridays are the most important day in the Islamic week and all museums will be closed. Expect breaks to be taken for the call of prayer and the town to be quiet with services limited during Ramadan and immediately after for the festival of Eid al-Fitr.

The Thai border hasn’t always been at its present location. The state of Kelantan was once considered part of Siam and there are a number of Thai temples and sights in the surrounding countryside. The forty metre long Reclining Buddha at Wat Photovihan, Golden Standing Buddha at Wat Pikulthong & the large Sitting Buddha at Wat Machimmaram.

The Cultural Centre gives demonstrations three days a week (Monday, Wednesday & Saturday) of traditional skills, games and musical instruments. Learn about local crafts, like spinning tops and kite making. The skill is a dying art and local to Kelantan, A Wau Bulan (moon kite) features on the 50Sen coin. 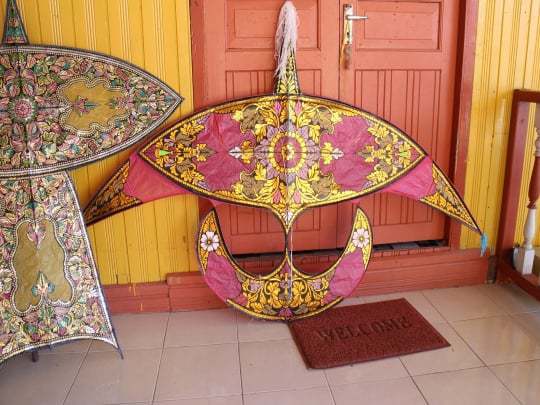 There’s a day and a night market, plenty of Chinese kopitiams for Chinese-Malay meals, Indian and Mamak options and all the usual fast food chains!

More than once, we’ve been told that the best place in Malaysia to go to organise a Thai Education Visa is Kota Bharu. Both Penang and Kuala Lumpur have a reputation for refusing applications.

The consulate in Kota Bharu, on the other hand, is apparently much more likely to give you the desired response. What’s more, the queues are likely to much shorter…

The central bus station in town services the whole country, Transnasional have an office at this bus station. There’s also a second bus station outside of the town which most of the smaller companies go from – Just to be confusing sometimes they will drop off at the central station, but depart from the secondary one. Make sure you know where your bus is leaving from when you buy a ticket!

Where to go next

Many travellers head for Penang. The best plan to get there is to go to Butterworth and take the ferry over to Georgetown as the buses terminate at the newer Sungai Nibong station in the south of the island. The traffic can also be heavy & time-consuming.

To get to Thailand you need to take the bus to the border town of Rantau Panjang which takes around an hour.

Note: Check with your embassy for travel safety advice before making this journey as the southern area of Thailand is known to have political problems.

Malaysian Airlines & AirAsia both fly from the Kota Bharu airport, twenty minutes from the city, accessible by public bus and taxi.