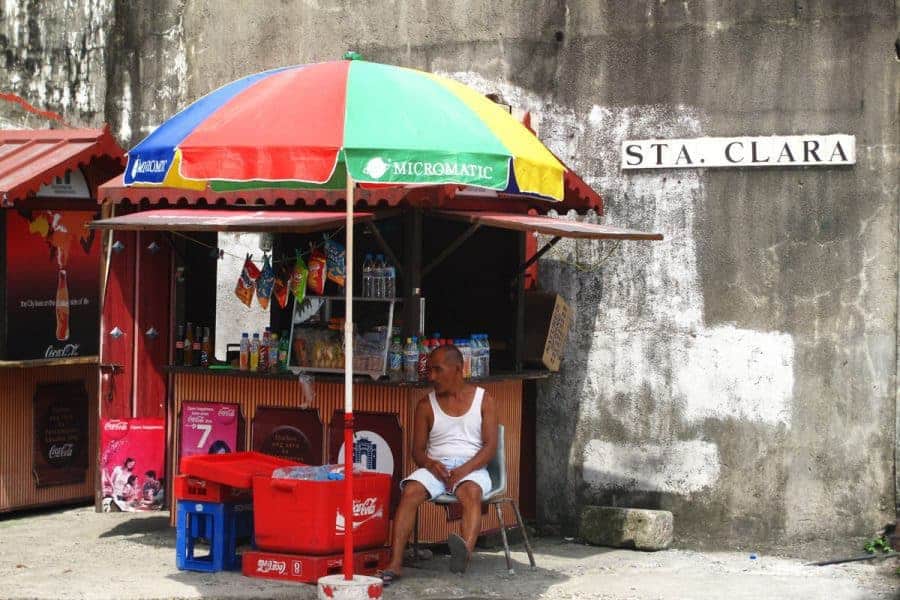 A lot of articles will convince backpackers to move away from Manila as soon as they land in the country. But that is to dismiss a huge chunk of land that hosts 13 % of the 92 million people bobbing on this floating group of rocks.

A feast for all the senses; fast-paced, crazy, urbanized, dirty, interesting, alive, unreal – it is true, you will either love or hate Manila.  If you like shopping, nightlife, and cities then stay here and enjoy, but if not then exit fast before you find yourself in an urban claustrophobia!

Despite the overwhelming aspects of the city, you will find nooks and crannies that offer unique discoveries. Like many Asian capitals, Manila is a city of contrasts and that is what makes it such an interesting place to explore…

TOP TIP: Note that the CouchSurfing community is very active in Manila, and this could be a good way to get to know a city that could otherwise take years to find the good spots!

Where to Stay in Manila

Bear in mind that Manila is an unrelenting sprawl of cities within cities.  Quezon, Malate, Makati are all spread, not just in distance, but by the associated traffic times between them.

Taxis are cheap but generally the moral of the story is to try to stay in the area where you want to spend most of your time.

Malate is probably one of the best areas to be based, close to both the waterfront, and the Intramuros area which are probably some of Manilas main attractions.

If you stay in Makati you will be close to the business district and the high class greenbelt shopping centers. Fort Bonifacio is similar. Quezon City has some great nightlife and live music, but is quite a distance from the airports.

The Cubao bus station is nearby so if you’re taking a trip north or south via the bus then Quezon could be ideal.

So work out what you want to do, and then plan your accommodation from there.  For now, we’ll recommend Malate as being a good cross between nightlife, shopping, and close to the attractions around Manila Bay and Intramuros.

S&M TRANSIENT – Not as kinky as it sounds, but a great deal nevertheless. Beds start at $5 USD and it’s located right next to the train station, which is, of course, very handy.

Z Hostel is a new hostel that just opened this year, located in the Burgos area of Makati known for its local vibe that can be found in the nightlife, food, and people.

At $11 USD for a dorm bed, it is a bit more on the expensive side of the hostel spectrum but they offer amenities that match the price. Z is a great place to stay for travelers coming through Manila on their ways to other location in the Philippines.

You can chat and grab a beer with locals on the roof deck (Wednesdays and Sundays are always fun), get a taste of Manila’s nightlife in either Makati or “The Fort”, and rest up before heading off on your next leg of your journey.

Plus the staff is super friendly and helpful so you can rest easy knowing if you have any questions or need advice on places in either Manila or the Philippines they can help you out!

If you’d like a private room, people speak very highly indeed about RedDoorz near Arca South Taguig. Doubles start at $17 USD. They’re apparently extremely clean and comfortable and the staff are very friendly.

Things to do in Manila

Stroll (or even better take a horse and carriage!) around the streets of the old Spanish quarter, known as Intramuros, which roughly translates as ‘inside the walls’.

Surrounded by adobe walls, the fortress stood multiple wars and administrations. The San Agustin Church, the Manila Cathedral, and San Sebastian Church are three of the most stunning baroque and Roman churches that can be found in the capital.

Don’t forget to check out the last steps and the final poem written by Philippines hero, martyr and nationalist Jose Rizal.

Rich in religious art and colonial history, this area is a good escape from the fast pace of modern Manila and will take you back to a historic time when the Spanish ruled the city as a colonial base. 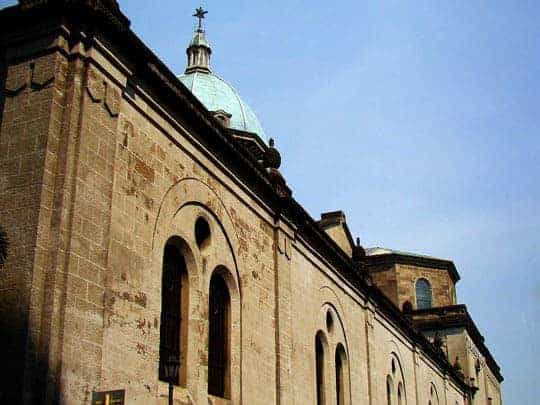 Visit the oldest university in Asia:

As the country of many firsts, Manila also is the home of the oldest university in Asia and one of the largest Catholic universities in the world, the University of Santo Tomas.

Shop ’til you drop:

Oh how the Filipinos love their shopping malls and Manila is the hub of all creatures great and mall! The Mall of Asia is the biggest… SM Malls will pop up all over town, Greenbelt and Fort Bonafacio are for those high end flashpackers, then Greenhills is where you’ll find your bargains.

Go to the weekend markets in Makati and eat your way through the day sampling all the Filipino delicacies!

Located in the Greenbelt shopping area this museum is worth a look to give you an interesting summary of the Philippines history. They change the exhibits regularly so you’ll be sure to find something that interests you.

Catch some live music in Manila or Quezon city:

Many Filipinos grow up in the karaoke room, then end up on stage in Manila. You won’t have to look far to find some live music and a place to kick back with a few San Miguels. The city is alive with music, rhythm and energy!

You can take a day boat trip to the island of Corrigedor located at the entrance to Manila Bay. The island has served as a fortress for the Spanish and later the Americans and played a crucial role in the Japanese invasion in World War II. The place is a must for those with a passion for history.

We hate to say it, but sometimes the best thing to do in Manila is get out of it!  When the neon lights and hustle bustle all becomes a bit too much head to the nearby retreats Mt Pinatubo or Tagaytay lake. You can take a day trip or even an overnighter that will give you a taste of the countryside that beckons in the rest of the country…

Manila is the hub for transport for all domestic airlines. International arrivals to Manila will either arrive in Manila or Clark Airport. However, in the near future, more arrivals will be directed towards the center of the capital.

Coron: Take a short flight out of the big city and find yourself in peaceful Coron. Here you can begin to lap up the tropical island paradise beach culture that the Philippines is famous for!

Banaue Rice Terraces: Head north to the rice terraces of Banaue or Sagada.

Donsol: Head south to a the beautiful Donsol where you can swim with the incredible whale sharks!