Skip to content
24-year-old Martha, from Limerick in Ireland, has been making a living abroad since she was 20. She’s worked as a massage therapist on cruise ships that sailed all around Australia, New Zealand and the Pacific Islands, has backpacked in Thailand and India, and is currently working as a yoga teacher in Agonda, South Goa. After attending her morning ‘wake up’ classes on the beach, I decided to interview Martha on how she ended up in this beautiful part of the world…

Tell us about your family life back home.

I was born in a small village called Glenbrohane in County Limerick where my family still live. I come from a large family of six brothers and two sisters. My Dad is a foreign news correspondent and he has lived and travelled in many countries across the globe, maybe this is where I gained my love of travel. When I visited him as a child I remember thinking how easy and fun travel was, and vowed to do more when I was older. I left home at 17 and moved to Cork to study at beauty therapy at University.

What was your first job abroad?

After finishing University, at 20 years old, I went to work on a cruise ship as a spa therapist where I gave massages, facials and other beauty treatments to the guests on the ship. The boat docked in Sydney every 10 days and the rest of the time sailed around New Zealand and the Pacific Islands. It was great fun working on the ship and I made loads of friends, mostly with the fun loving Filipino staff there. However, the massaging was taking a toll on my body already. The work was tough and I decided that I didn’t want to be a massage therapist forever. I wanted to do something that would be better long-term for my body, mind and soul.

What did you do after your cruise ship job ended?

I went back to Ireland for a month to see my family, and then I set off backpacking to Thailand for 6 weeks from north to south. I think after working on a cruise ship and being confined to a small space for weeks on end, I wanted to spread my wings and feel the freedom of travel! It was here in Thailand where I tried yoga for the first time and I loved it. I knew that when I had the time this would be something that I would like to find out more about.

So from a few classes in Thailand, how did you transition into being a fully-fledged teacher?

After backpacking in Thailand, and a trip to see my Dad, who was now living in Sweden, I went back to Ireland and wasn’t sure what to do next. I got a job working in a spa as a therapist again, but I decided to undertake a fitness course in my spare time, as well as doing yoga classes in the evening. This would open up my choices for the future. After the one-year fitness course had finished, and I’d been doing yoga several times a week, I already felt so many benefits to my body and my mental wellbeing. I decided that I wanted to teach Yoga and share its rewards with others. On a whim, I looked up Yoga Teacher Training Courses in Goa, India. I had never been to India before and all I knew is that I wanted to do my training by the beach. Shiva Shakti Yoga School on Agonda Beach in Southern Goa seemed like the perfect option!

Tell us about the Yoga Teacher Training. Was it intense?

The days during the Yoga Teacher Training were very intense, waking up at 6am and not finishing classes until 5.30pm. Some days I’d be so tired I’d almost be falling asleep during the lectures! But I don’t regret the course one bit, I thoroughly enjoyed it and it has allowed me to get where I am today.

Can you tell us about the daily routine of a TTC?

What did you find the most fun and the most challenging thing about becoming a teacher?

To my surprise, I found the philosophy classes really interesting. Back in Europe, Yoga is mainly about the asanas (postures) and you don’t learn so much about the spiritual side of Yoga. Yoga is not just good for the body, but the mind and soul also. What I found most challenging was the strict discipline every day. The Yoga Teacher Training Course was six days a week, almost 12 hours / day and there was so much information to be absorbed. In addition, you are not required to, but you are encouraged to, live a Yogic lifestyle as part of your teacher training. This means being vegetarian (I was vegetarian anyway so this was fine), not drinking alcohol, no unhealthy snacks. It can get a bit monotonous. After one month, however, I could certainly feel that my muscles had changed.

What did you do after your Yoga Teacher Training had ended?

After my TTC had ended, I wanted to stay the remainder of my 6-month visa in India. I had met a lovely Indian family in Agonda whilst living there and they asked me if I wanted to travel to Delhi with them to visit their home. (Many of the workers who live in Goa for the tourist season are from other, poorer parts of India, Nepal, Bhutan and Tibet. I loved to chat with them and find out about their lives back home.) I was excited to be invited on a trip with them! After a stop-off in Mumbai to pick up their sister, (where we spent five nights in a tiny apartment with nine people!), we finally made it to Delhi. The cities were certainly a shock after peaceful Agonda Beach! I attended their cousin’s wedding in Delhi which was an incredible experience. After Delhi, I travelled north to Rishikesh, which is a hub for Spirituality and Yoga in India. I joined a volunteer program where I taught Yoga to village children a few times a week. I really enjoyed it and it helped me to develop my skills as a Yoga Teacher, with sympathetic, enthusiastic and fun-loving students!

Is it different teaching Yoga to kids than adults?

Teaching kids is way more fun! Some days we didn’t even do yoga, we did art, or played games. Sometimes I would let them take it in turns to teach the class themselves. As they have a shorter attention span than adults you have to move into positions quicker and make things more interesting for them. Every day was so much fun! 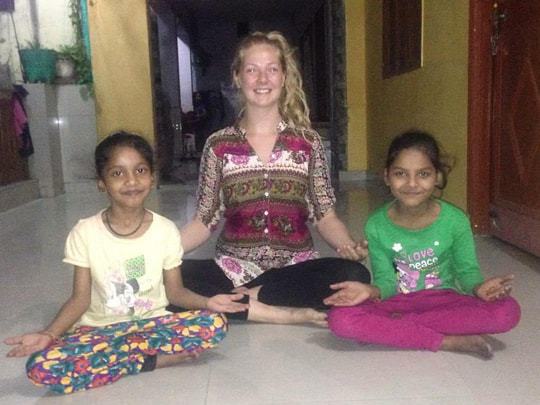 Where else did you travel in India?

After meeting my now boyfriend in India (he’s from Rishikesh), we embarked upon a 200km motorbike ride from Rishikesh to Yamunotri, a famous Hindu Temple in the north where many Hindus make a pilgrimage. We also visited Dharamshala, home to the Dalai Lama, which is a really beautiful place where you can trek into the mountains to waterfalls. After that, my brother and his girlfriend came to visit and we did the ‘Golden Triangle’ together. My brother proposed to his girlfriend outside the Taj Mahal. (Of course she said yes!)

What did you do when your Indian visa ran out?

When my visa ran out (and my money!) I went back home to see my family in Ireland. (I had booked a return flight out of Delhi, so I already knew I would be back in India at the beginning of October, but I needed to make some money first!) Back in Ireland, it was the first time that I used my TTC professionally. In my little village back in Limerick, I discovered there was a huge demand for yoga! I ended up teaching five classes a week which were all packed out. During the end of my time at home, buoyed by the popularity of my classes, I decided to host a one-day retreat in the countryside near Limerick. A friend of mine owned a holiday cottage in a peaceful location, so it was the perfect opportunity. The day consisted of a trek up the mountain, a yoga class, guided meditation, and I cooked lots of delicious vegetarian food for the guests. It was a great success and 17 people came in all! I’d love to do it again next year.

So how did you end up teaching in Agonda?

Whilst doing my TTC I had spoken with a couple of the resorts in Agonda about becoming their resident Yoga teacher for the next tourist high season, which runs October to February. I now work at Velvet Sunset Resort at the north end of the beach and teach one class every day from 8.30 – 9.30am. I also teach the anatomy and physiology class at the Shiva Shakti Yoga School where I did my training. I teach one class for two hours per day.

I love it here! There’s a mix of people from all over the world, and lots of Indian nationals from other parts of the country who work here. I like to make friends with the local people and experience the rich Indian culture, going to local birthday parties, taking the kids swimming when the parents are working, or just hanging out with my friend who runs a massage shop near the beach. I live in Parvim, a small village in the jungle, about ten minutes from the beach, in a two-bedroom house that costs me 15,000 rupees a month (around 200 Euros). Every Saturday I go to the market in the nearby town and buy my fruit and vegetables for the week, as it’s so much cheaper to cook than to eat out. (And eating out is cheap too!) With my two jobs I am able to live comfortably here in Agonda, but in order to save money, I return to Ireland to work.

Do you have any plans for the future?

I would definitely like to continue teaching Yoga as it’s so good for your health overall and I love to share that with others. I am also interested to build on my TTC and do a Yoga Therapy Course, which is yoga specifically designed to treat certain conditions, such as back pain, migraines etc. I hope to find one in Rishikesh once this tourist season is over and add that to my experience.

Would you consider living elsewhere in Asia?

I would like to visit the Philippines as I met so many friends from there during my time working on the cruise ship. But I think my heart is in India. If you’d like to attend one of Martha’s classes while you’re in Goa, check out her Facebook page – Lotsofloveyoga.

Find out more about Yoga & Meditation in Southeast Asia here. 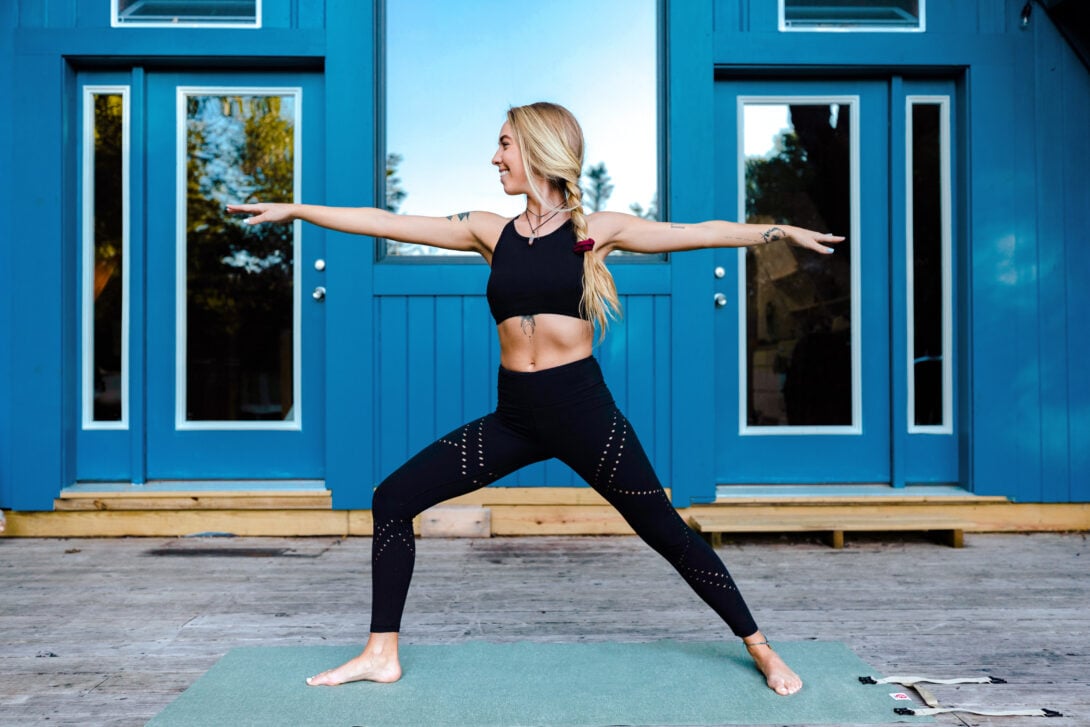 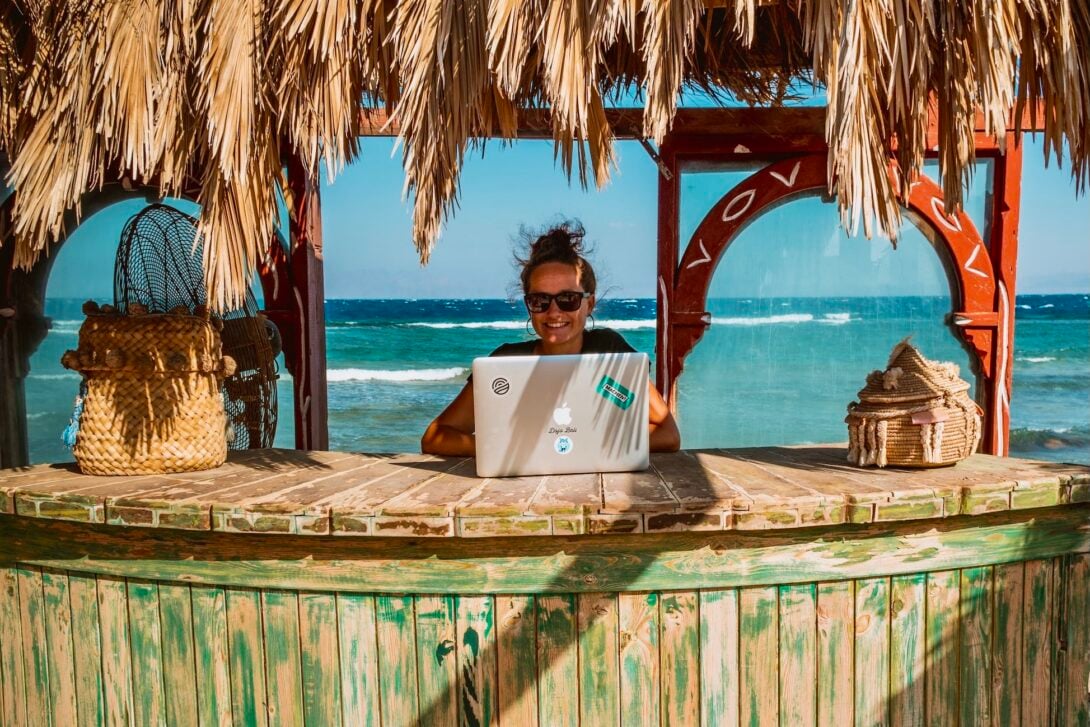 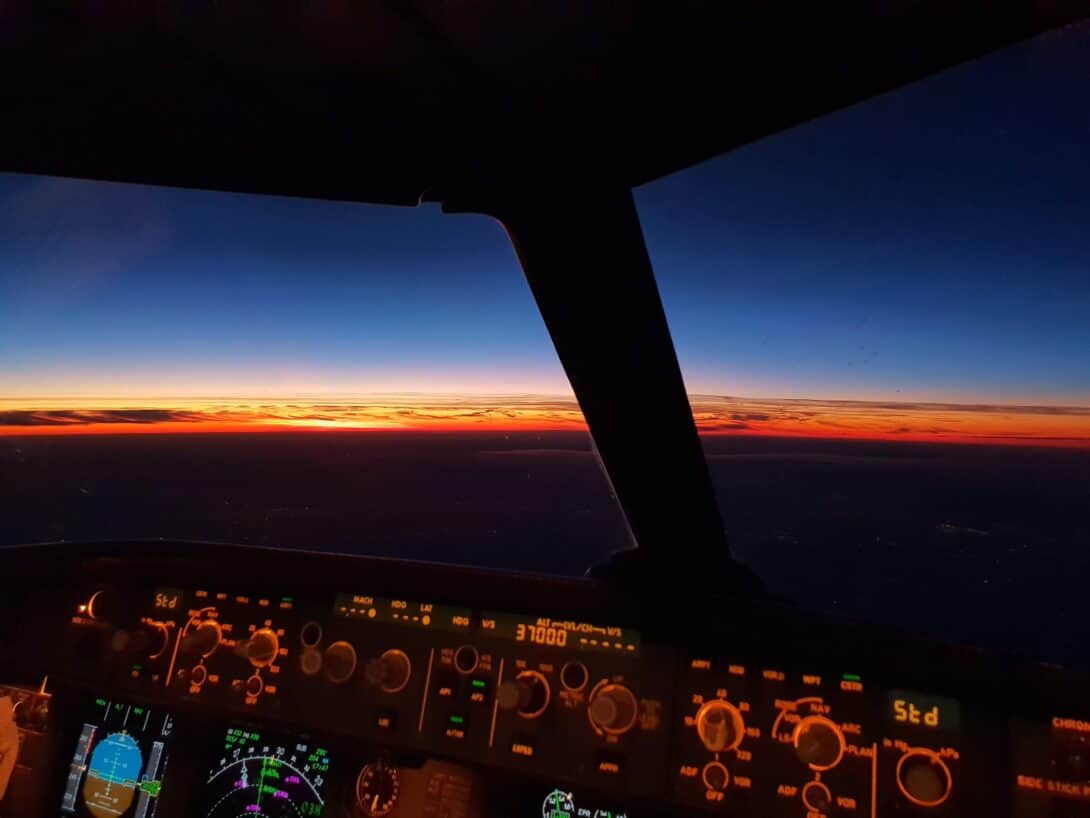