It’s my first week on Koh Samui. I’m not new to Thailand, but I’m not a seasoned pro, either. Having been to Chiang Mai and Bangkok in Spring of 2017 to give lectures, I already know that I’m a fan of the country itself, and am bound to like any part of it.

I had heard of the Thai islands from plenty of global travellers but didn’t know much about them until arriving in Koh Samui for a stay at The Content Castle, a residency and coworking space for writers in the area of Samui known as Hua Thanon.

I’d only researched Koh Samui on Google Maps a bit, so I was coming in blind. The only similar place I’ve been to is Goa, so tropical global expat/nomad hubs like these are still a new concept to me.

Their combination of laid-back living, vibrant nature, religious architecture and local community are enticing, and they always surprise me with their complexity.

Koh Samui, too, is richer than it seems from afar. This is no mere stretch of beach shacks, clubs and boats.

There are 28 temples here, even though it’s a breakaway island. It’s much bigger and more developed than I thought. There are endless bars, cafes and beachside restaurant huts. Luckily it doesn’t take long to escape into a palm forest full of buffalo or smaller village roads and markets.

Apparently, it was contained and self-sufficient until the 20th century, with the first inhabitants landing more than 1,600 years ago. There were no roads until the 1970s, so all this development is very recent.

Koh Samui’s first inhabitants were Chinese traders and Muslim fishermen, and both communities are still present today. The Content Castle sits next to a shrine of Guan Yu that can be seen for blocks and is lit up at night. Saccharin Chinese music seeps from the neighbour’s window every day from noon to sunset.

Koh Samui has the MBJI combo — Mountain, Beach, Jungle, Island. It has waterfalls, too, and if it had canyons, it might be too much to handle! Wildlife is abundant. White herons regularly streak through the canopy. When you’ve been in cities for a while, especially in the West, this is literally paradise.

Grab and Uber don’t work here, which isn’t a huge shock. There are taxis, red songthaews, and motorbike taxis, but if you want more autonomy you can use an app called NaviGo.

I know Buddhism stems from Hinduism but I like to see certain hybrid characters — markers of the gradual evolution eastward. Buddhas here sometimes include Shiva aspects like the trident, topknot, serpents (nagas) and many arms.

The Racha Thammaram temple includes Ganesha (Vanayaka) in its parade of deities. Things like this remind me that everything in visual culture comes from a combination of elsewheres — that every story is an iteration of a story before it, adapting to its environment and evolving by spinning new tales. It’s comforting to me that everything is, at some point, connected.

6. The Red Temple and its Black Bumblebee Guardian

Racha Thammaram temple itself is unique in its terracotta colour, which comes from the local soil. There is no other temple this exact, meaty, clay colour in the south of Asia.

The design and architecture were created by local artisans, as well. It sits next to a golden pagoda with enshrined relics from Sri Lanka, and the typical set of grave sites and other shrines.

There is a flying insect that guards these graves and this pagoda — a black carpenter bee so huge it could be mistaken for a hummingbird. It’s harmless, but get too close to the graves and it will circle for your head. Hives often have one bee outside on guard duty. You’ve been warned.

This moment, when the sun hit perfectly against Samui’s central mosque in the middle of a storm. I’m here during rainy season, which might be a deterrent for some, but is the best season for creatives.

Overcast days are often my most productive. I’ve been on long hikes shooting, drawing and recording sounds, and when the sun and fog pass together through openings in the sweep, the effect is cinematic.

Just after I took the previous photo, I somehow found myself in an area labelled as “monkey show 9 a.m. – 5 p.m.” Monkeys were leashed up next to stockpiles of coconuts with tip jars in front.

Clearly, I had entered a bit of a tourist trap toward the bottom of the Muslim fishing village. I escaped and went hiking further south on 4170 and turned up Proo Na Meaung Road to reach Wat Samret. Many people seemed surprised to see me walking in the rain.

A young man pulled a buffalo into the bush by a rope. This isn’t that shocking except that it was the largest buffalo I’ve seen in my life. “Buffalo” means something very different in Asia than in the U.S.; here they are what we’d call an ox with curly horns, but both animals are massive.

Further up Na Meaung I reached Wat Samret, and heard the call to prayer from the mosque in the distance, echoing out over misty fields spiked with starburst palms. It’s a sound I hadn’t heard since my last trips to Mumbai and Abu Dhabi, and it instantly put me in three places at once.

I am only now learning how strong the Muslim presence is in Southeast Asia. Whenever I hear this sound I’m instantly inside the Sheikh Zayed Mosque, or the streets of Dubai, or the Muslim neighbourhood where I got an MRI in Mumbai … more on that some other time.

These are warm, clear shallows nestled inside a crest of giant rocks, with views of island bluffs that extend out into the ocean. Crystal Beach is special. I’ve swum a lot of places in my life — but this is one of the cosiest beaches I’ve ever seen. It’s the kind of place that makes you want to leave everything else behind.

Beyond these are the tiny things, like gum which comes in perforated punch cards instead of sticks, or massive Thai iced coffees for 70 cents. There is still a lot of the island to see and shoot. My goal is to hit all 28 temples before I go and to spend at least 10 days off-track in the jungle. 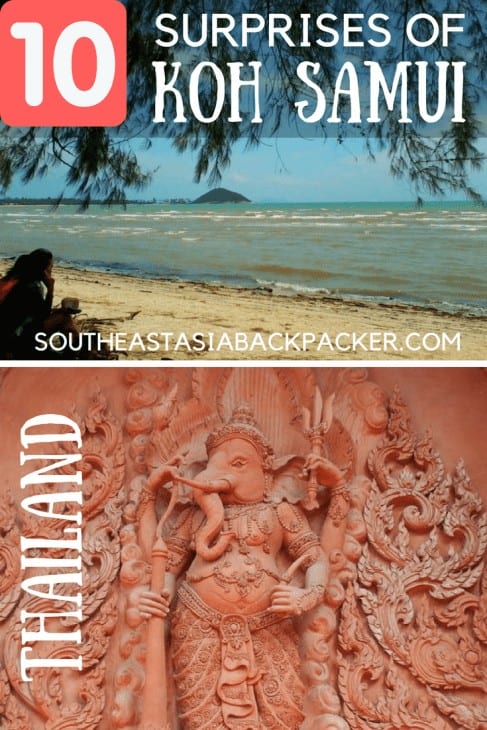 About the writer: Kai A. is an artist, musician, and filmmaker who researches visual cultures and soft power. She shoots and reports on her travels as she moves around the world producing exhibitions, media, and lectures. Find her travel images @vxn_hut and reach her at [email protected]. 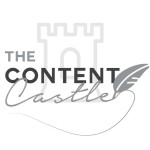