It’s April 2019 and I’m packing up the last of my things from a comfortable serviced apartment in Vietnam; my home for the past year. I’ve got a flight booked to Sumatra, Indonesia. Having previously visited the country twice to do some trekking in the Gunung Leuser National Park, I’ve decided to relocate there.

A Leap of Faith

I love adventure but even my wildest dreams could never ever match the amazing experiences that lay ahead of me. I have a Sumatran partner, Teson. He and I decided to purchase a rante of Sumatran land; a rante measures 20 x 20 metres. We chose a patch of earth located approximately 3 kilometres away from the bustling tourist village of Bukit Lawang, nestled between a cocoa and a rubber tree plantation, next to the Bohorok River.

There was already a small ramshackle wooden hut there; we guessed it was probably around 12 years old, with a solid foundation but the rest of the place was disintegrating through lack of care. Inside the hut, we found evidence of the former occupants: an old dented iron pan, half a bottle of local alcohol and a mass of plastic bags. There was no electricity, no running water, no toilets, no shower room, no Wi-Fi, no TV… just one room; a 2×3 metre space, a dirt-covered floor home to only spiders and geckos.

Neither of us considered what we were getting ourselves into but after just two days of clearing, replacing the grass roof slats and making good the rotting bamboo walls, our house appeared ready to move into. Were we mad?

Darkness descends earlier than it does in the northern hemisphere and by 7 pm the sun had sunk down behind the mountain peaks and the surrounding jungle. With no electricity and no gadgets to keep us entertained, it was back to basics.

Under the outside lean-to of our house, we laid three large stones into a triangle on which to balance our large wok, lit a fire between the boulders and started preparing dinner by candlelight and torchlight.

Some ingredients we were able to source from the wild. I had seen the local children collecting young, tender ferns from around the rubber plantation to take home for their mothers to cook. It took a couple of attempts before I was able to identify which ferns were good for eating and which would end up as a tough, chewy mess that was only fit for spitting out!

That first night we cooked tempeh sambal. Sambal is a mix of garlic, copious amounts of chilli, small shallots and mashed tomato. Nowadays samba is made using a blender, a commodity that we did not have. Luckily, Teson’s mother had taught him traditional skills and he was able to source a special hard-flat rock and another oval rock, which in the style of a mortar and pestle he could use to grind up the sambal.

It’s hard to explain but Indonesian food tastes a thousand times better when it’s cooked over an open fire and for that first couple of months, I actually gained weight living in the wooden house! The nights were long but Teson, like many young Indonesians, is a talented musician and would play his acoustic guitar, making me a spectator to his very own private concert.

Our first project was to create a “garden toilet”. We dug a hole 2 metres deep and placed wooden slats to cover the hole, leaving just a small opening. Since squat toilets are common across Asia, using the garden toilet didn’t take much adjustment. With four bamboo walls but no roof, you have to time your toilet visits to avoid the rain! Given where we were in the rainforest, this was quite difficult! We didn’t have many guests during this time, I wonder why?

Water was our biggest burden and I had never truly appreciated quite how convenient it is to have running water in your house. We started a relay system. Teson would do the hard bit: crouched down in the irrigation, he would fill a bucket of water and then pass the heavy bucket to me. My job was the long slog to bring the buckets back to the house.

If we were careful with water we could usually do this once each day. We didn’t use the irrigation water to wash because I was sceptical about how clean it would be after passing through the village and seeing everyone using it to shower and clean dishes.

Instead, each morning at 7 am and every evening at 5 pm before the sunset, we would walk through the forest and down to the Bohorok River to swim and wash in the clean water. This was a magical experience. We would wash overlooking the jungle and the mountains, occasionally spotting a long-tailed macaque who would be in a nearby palm tree watching us.

I’ve never been a superstitious person or ever really believed in ghosts. This is despite growing up in an old Welsh farmhouse that everybody claimed to be haunted. However, Indonesians are very superstitious and when everyone around you believes in the spiritual it’s very contagious.

After the third or fourth ghost story and wanting to be careful of the spirits, I decided to purchase an energy-saving bulb as apparently spirits won’t come close to your house if you have a light on. In the daytime, I could charge it at the cafe or local guesthouse. Once charged it would last 3-4 hours and it seemed to do the job. Teson is still in the habit of saying, ‘salamalekum’ each time he enters the house as a way to respect whoever was there before.

After around one week, we started to feel at home and I was no longer scared to go to the toilet alone. I decided to start my vegetable patch and worked ferociously to turn over the root-ridden ground of the forest. I always saw growing vegetables as a strenuous task, having grown up watching my parents in Wales battle against the slugs and the weeds.

In Sumatra, it’s hard to stop things growing in the rich, fertile ground. A tomato seed wiped off the kitchen surface would be sprouting in days and chillies if left for more than a week would start to grow. I never bought any seeds; I would simply chuck out vegetable boxes and throw any mouldy produce straight into the vegetable patch.  Within a matter of weeks, we had tomatoes, chillies, green beans, tapioca, ginger and water spinach. I’m a pescatarian and Teson is quite flexible with what he eats so mostly we ate a plant-based diet with the occasional eel or small fish that Teson might catch with his homemade speargun.

Not having a fridge turned out to be not such a big deal and I learnt that there are a couple of tricks you can do to preserve your food. Salted fish would last well and a trip to the local market gave us plenty of fresh choices. We have to be careful with sweet things as you only have to turn your back in Asia before something sweet is covered in ants. We would place our sweet milk in a dish of water to create a moat. Sometimes if we were unlucky, sugar ants would get into our milk and then end up in our coffee. I liked to pretend sugar-ant coffee was a special local tradition, much like red ant soup in Laos. It was the only way I could convince myself not to waste the coffee.

The first addition to the family was the cutest little puppy you’ll ever see: Balu, named after the bear from The Jungle Book. Balu was the sole survivor of his five siblings. I drove past the poor wooden house he lived in every day, watching his condition deteriorate. He was just 6 weeks old and had mange ravaging his body.

The old man of the house was barely able to look after himself, let alone a litter of hungry puppies. One day, I decided to stop by and pay the old man to take his puppy and he was very relieved. Balu, the size of a small bottle, fit perfectly into my handbag. I drove away on my motorbike with him and have had an inexplicable connection ever since.

For those first few weeks, he went everywhere with me on the motorbike, his small head poking out of my handbag. After herbal-soap treatments, the mange went away and his fur grew back. After a few weeks, we tried to train Balu to sleep on the step of the wooden hut but after his tough start in life, he was reluctant to be alone.

Driving home one day, we spotted a little silver kitten cowering from the motorbikes crossing the bridge. We stopped and looked around to check if she belonged to anyone but there were no houses nearby. That’s when Balu got his sister, Manis, meaning “sweet” in Indonesian.  For those first few weeks, Manis was far from sweet. All of Balu’s gentle attempts to get close and cuddle with Manis, resulted in a scratched nose or a bitten ear. She was a street-hardened kitten, already experienced in attacking dogs. If you looked at the two of them now, curled up together on a rice-bag, you’d find it hard to believe!

It was during those first few months living in the wooden hut, that we created Sumatra Orangutan Discovery. Our shared passion to protect the rainforest, whilst allowing tourists the opportunity to trek and learn about the unique ecosystem of Sumatra, helped us create our tour company, who pride themselves on ethical trekking in Bukit Lawang.

Sumatra is largely unknown to tourists and Indonesia is the only country in the world where you will find wild rhinos, elephants, and orangutans. Sadly, due to deforestation, Sumatra has lost almost 50% of its tropical rainforest in the last 35 years, leading many species to be listed as critically endangered.

From my wooden hut experience, I gained a deeper insight into not only Sumatran culture but also in the hardship many people in this part of the world experience. Life can be tough when you live without luxuries and Sumatran’s have large families to support as there are no provision systems or pension schemes.  Our dream is that through sustainable tourism we can provide local work opportunities and support our community. Through education, we can all protect the rainforest to ensure it is still here for future generations to see and enjoy.

Ellie lives full-time in Bukit Lawang, Sumatra. She works at Sumatra Orangutan Discovery as a writer and travel expert. Before moving to live in Indonesia, Ellie worked for over 7 years as a primary and secondary school teacher in several countries. Passionate about sustainable travel and human and animal rights, Ellie has been living in a small traditional wooden house with her Indonesian partner, learning about rural and traditional life in Sumatra. 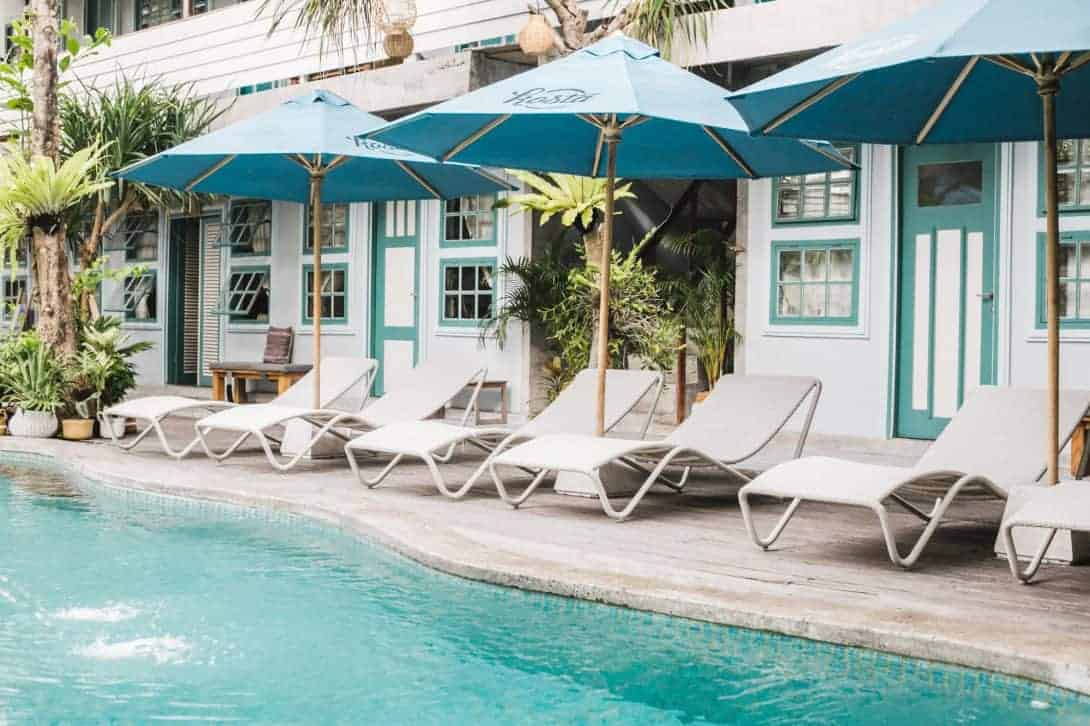 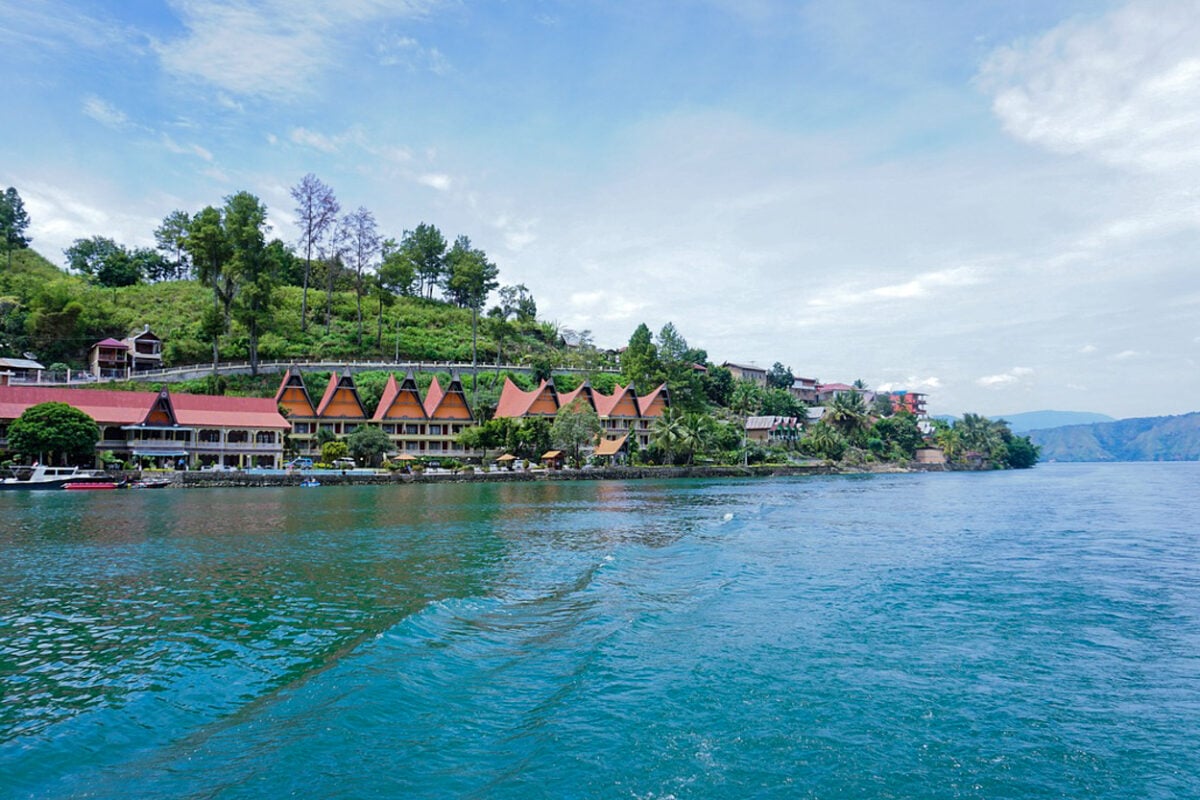 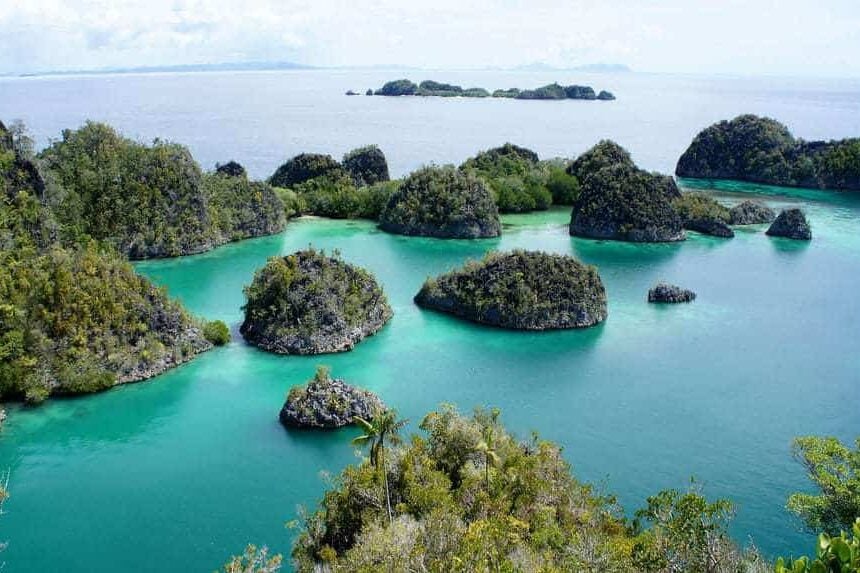