147shares
Despite the open-mindedness that travel brings, destination snobbery is still prevalent in certain traveler communities. I’ve heard experienced backpackers describe Southeast Asia with phrases like ‘over traveled’ and ‘inauthentic’. After two years in the region, I could not be more convinced that they’re wrong! With the right attitude, travel in Southeast Asia rarely fails to provide wonderful, surprising, awe-inspiring moments. So, here’s to those special moments in Southeast Asia, the ones you’ll never forget…

Two minutes into my very first hostel, I started to suspect that it is impossible not to make friends in Bangkok. This theory was crystalised two days later, as I wandered the infamous Khao San Road after it had closed its doors for the night. I stumbled upon a group of Thai musicians playing traditional folk songs about the plights of the poor and mourning lost lovers by moonlight. We sang and stumbled arm in arm from closing bars, to illegal hideaways, to bars re-opening for breakfast. When day-break arrived, we drove for an hour through the morning sun to the outskirts of Bangkok. We sat on the balcony of a tiny apartment as X-Ray (the group’s guitarist) played us Thai punk on cassette. When I finally left at 5pm they assured me that we were brothers for life and gave me a traditional wooden flute as proof. I’ll never forgive myself for losing their emails, but I’ll be keeping the flute forever.

Each turn, in the city of Ayutthaya, reveals gargantuan, overgrown temples from the ancient Siamese civilisation. One such temple stood tall over the city and unbeknownst to me was closed to the public. At the top of the pyramid-like structure, I had a stunning view of the city below. Exploring inside, I found a steep staircase descending into utter darkness. With just the light of my phone to guide me I compacted my body and squeezed down the musty stone stairs. Now deep under the building, I spotted a tiny opening and climbed through into a stunning catacomb, its steep walls covered in faded red and gold murals.

I had rented a bicycle and explored every hidden jungle path I could find on the river island of Don Khong, Laos. After an eight-hour day and a punctured tire, I gave up and pushed my bike home, injured and thoroughly disheartened. I eventually convinced a policeman to give me a lift back to the village on his motorbike with my bicycle flung over my shoulder. As he drove, the skies groaned and grew dark. The tail end of a typhoon was blowing over the tiny island. Forked lightning lit up the skies around me. The first restaurant I found was a gourmet five-star restaurant, whose prices far surpassed my meagre budget. Nonetheless, I helped one of the waiters carry a table outside and sat on the edge of the Mekong; still muddy and bleeding, I dined like a king, watching the forked lightning tearing through the skies, mirrored in the river below.

A portly parking attendant in my Hanoi apartment developed a habit of rapidly chatting to me in fluent Vietnamese twice a day; despite the fact I only knew the words for ‘hello’ (xin chào), ‘thank you’(cảm ơn), and ‘good’ (‘tốt’). As he chatted away, I did too, normally something about the weather or some nonsense about craving strawberries and clotted cream. He, like me, didn’t understand a word. Despite this, we always ended our conversations with a laugh and a wave. On my final night, I bought the attendants beers and we sat, drank and continued our strange routine. Afterwards he stood up, and solemnly took off his officially-emblazoned government hat and gave it to me. He gestured to his heart and said ‘tốt ‘, then he pointed to my own and said it again.

In a slow, gloomy town in western Thailand, six of us squeezed into the back of a three-man tuk-tuk, whizzing around the quiet streets, eyes peeled for adventure. Our enigmatic driver insisted on taking us on a detour to the outskirts of town, the dim streets suddenly widened and were lit by all manner of bright spinning lights. With a wink, he ushered us out of his vehicle and proudly announced “Welcome to Fairy World, I’ll be back in two hours”, before disappearing off into the night. To call Fairy World a funfair does not begin to do it justice, besides there were no rides. What there was, were thousands of parlour games, stalls filled with unrecognisable foods, and shops selling bizarre household goods. The distant sound of dodgy techno drew us to an opening in the crowds between a mattress shop and a gimmicky photo booth. Through the opening was a field full of hundreds of cars, each modified in unbelievably creative and bizarre ways. There were neon speakers replacing back seats and a laser systems that would put Ibiza to shame. Perhaps most surprising, half of the cars had half naked dancers shimmying on the roofs! And this was only a hundred yards from the toy and mattress stalls. We will never truly understand Fairy World, but we will never forget it either. 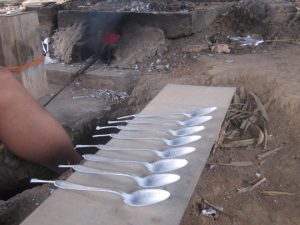 On a rented motorbike, I drove through Phonsavan, eastern Laos; red mud cliffs punctuated with violet blade-shaped rocks lined the sides of the roads. I spent the day exploring crater-riddled ancient ruins, caves, and waterfalls; giving out books to local children; and climbing the abandoned soviet tanks and military relics. I followed signposts to ‘Spoon Village’, a tiny commune that survived by forging cutlery out of the unexploded ordnance unloaded by the U.S. during the Vietnam war. An event the village elders described as ‘the year the sky caught fire’. I sat with them, the only non-local in miles and watched as jewellery was moulded in make-shift furnaces. In fading sun-light I raced to my final destination, dodging buffaloes and suicidal chickens that clogged the roads. Following the approval of a cheeky nod of a cleaning lady, I squeezed underneath the locked gate and jogged up a hill, but in doing so lost the path. My courage soon left me as I ended up lost in a forest cordoned off due to unexploded ordinance. Eventually, pushing through a clearing I arrived at my destination; The Plane of Jars. As far as the eyes could see, hundreds of giant Neolithic burial urns jutted from crater scarred mountains. I sat amongst them, not a soul in sight, and watched as the setting sun turned them from grey to cherry-red.

The Harmless Strangers You Were a Little Bit Scared Of… 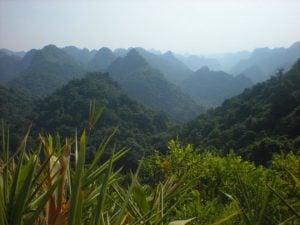 In Cat Ba Island, off the coast of Northern Vietnam there is a huge abandoned hospital complex built inside a cave. We were guided there by a local cafe owner with a dubious sense of humour. After leading us into the ruin, he laughed, shut the thick metal door and turned off the lights leaving us in pitch-black silence. For the next hour, we played a hunt-in-the-dark game with him, where we would hide and try to scare each other. He was a master at it, and caught us all but once. Having taken my flip-flops off so he could not hear me, I waited silently in the dark until I heard his breathing approach. I painstakingly waited until he was close and threw one flip-flop into the darkness, I heard him turn towards it and jumped out at him from behind. Having earned his approval, he unplugged the security cameras and guided us into restricted areas and secret passages.

Late in a summer’s evening in Hanoi, I was struggling to find somewhere to park my Honda Win. Having noticed my difficulties, a tiny old lady invited me to park in her equally tiny apartment. Once inside, I noticed the walls were covered with Olympic memorabilia and photos of her dancing with ornamental swords. I asked her about them and she proceeded to draw out a halberd which she swung with beautiful, precise, albeit terrifying movements. Minutes later there were two cups of fragrant tea, a handful of candies and hundreds of ancient photographs on her kitchen table. Each represented a tale in her incredible life. She had excelled in every field: calligraphy, poetry, speech giving, dance, and kung-fu. 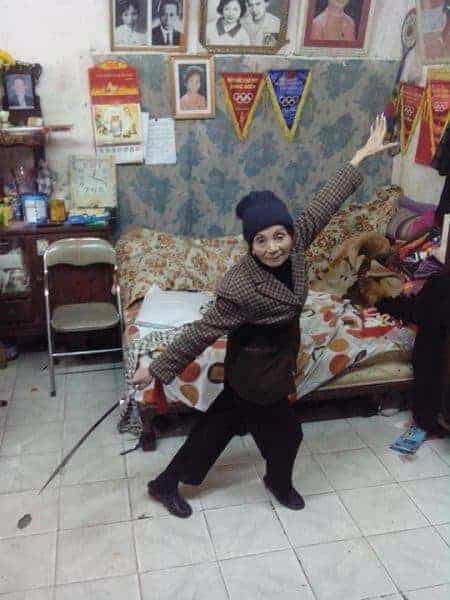 She even read one of her poems to me, delicately written in a forgotten calligraphic style. She told tragic stories of losing her siblings during Vietnam’s wars. She spoke of her own military efforts, boasting that the apartment had been given to her by the Communist Party as a token of gratitude for heroic service. She still competes in dance and kung-fu competitions at the age of eighty-two!

So here’s to those special moments in Southeast Asia… tales that every backpacker will come home regaling. 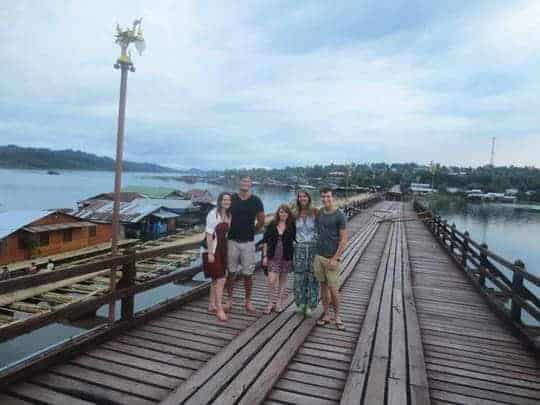 What are your Most Memorable Moments in Southeast Asia?

About the writer: Alex Sinclair Lack is a writer and entrepreneur, his articles cover a broad range of topics, from travel and culture, to technology and education. He is always looking to cooperate on interesting projects, especially those aiming to make a positive difference. He can be contacted via: