Love, love, love! Or, more to the point for us generally unencumbered nomads…Love On The Road. And let’s cut to the chase here, shall we? – it’s a tad different to the traditional ‘holiday romance’ (yeah – remember those?!) Fair enough, the principles are the same: on a two-week holiday, the pair of you are generally far from home – but let’s face it, when your home is on your back, and your next move sporadic (and as sod’s law usually dictates, imminent for at least one of you), this casts a whole different perspective on the notion of finding a love-mate en route.

Who follows whom? Indeed, does anyone actually bother? Why not just amass a collection of encounters that (like a blog or photos) serve no more purpose than to help you piece together those ten fun-filled months of adventure and discovery in more of a chronological kind of order: ‘ah, that overnight bus journey from Bangkok to Chiang Mai where I spent the whole time smooching and fumbling under blankets with a complete stranger from Quebec’, and ‘oh, of course! – that was the place I had a foursome with two Israeli soldiers and a Thai girl’ (this isn’t just me, by the way, is it? No, thought not).

But let’s be serious for a short while, shall we? (Oh come on, let’s – I’m leaving tomorrow anyway).

What does happen when you meet someone and things go BOOM?  Because it’s not like it never does – au contraire, it happens all the time. After all, when you’re free of the usual restrictions and routine of daily life back home, you do tend to pick up a far more carefree, open attitude… you just did a three day mountain trek laden with a sleeping mag, mosquito net, and a day-pack filled with water, for God’s sake! Anything’s possible! As opposed to when every atom of your body is focused on a computer screen and on how the hell you’re gonna get through the next meeting (let alone till 6pm on Friday), everyone on the traveller circuit’s emitting those very primal scents of survival and living for the moment –and oh yes, it’s a turn-on indeed.

The thing is, though, where do you go from there? Well, nowhere, according to most!  As a rule, we all approach ‘love on the road’ with a good, practical head on our back-pack laden shoulders – particularly if the only way of staying together at the end of the whole adventure might  involve one of us uprooting our whole lives to the other side of the globe. That’s assuming, of course, it even gets to that point in the first place. The consensus of the average nomad is all very ‘que sera, sera’;  in fact, one of the most committed responses I got was:  “Well, I’m not averse to seeing what happens. In fact, perhaps had I had more time with some of my encounters, rather than just the end of a party night, let’ssay, then who knows what could have happened or where it could have gone?”

But come on, you lot! What’s all this with the pre-planned itineraries?! We’re supposed to be travellers, not a load of OCD- heads with a tick-box chart and a time-plan! Why so exact? What’s the hurry? Surely the point of travelling is that, fundamentally, there is no point? That you can change your mind whenever you like? That you can, heaven forbid, even change your plans? I know a girl who purposely missed her flight back home just so she could follow her new lover to Pai for an extra week of fun and togetherness – of course, it didn’t continue once both were back at home – but there must be a lesson here somewhere? Travelling’s not just about transcience, is it? It’s also about freedom, freewheeling, flying by the seat of your pants, being a flutterby flibbertijibet; having a reckless, devil-may-care, happy-go-lucky attitude to life.

Sometimes, surely, we have to follow our hearts? After all we’re not robots. We can’t program ourselves to meet someone on common soil where a future can more easily take root and blossom  – and besides, isn’t that the kind of vibe we were escaping in the first place? Actually, thinking about it from that point of view, perhaps it is just about transcience after all. In fact, maybe this is even why we sometimes fall for people so hard whilst travelling in the first place, because – and as perfectly worded by my good friend Annie O-Some – “simply BECAUSE time is limited and you don’t have to worry about a lengthy disentanglement from that liaison. Generally, things seem to be lighter and less burdened when outside of one’s ‘normal environment’, which I think generally makes for more intense emotional experiences and fewer worries.” 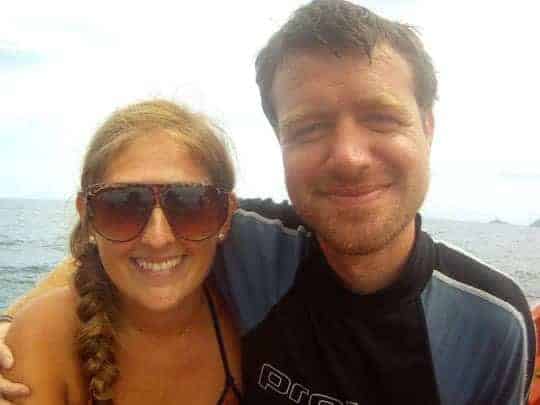 Let’s face it, no-one knows where a relationship is headed at the very beginning stages, no matter what the initial circumstances, and wherever you happen to find yourselves – be it Siem Reap or, erm, Scunthorpe. And even though life on the road appears so very different to that back at home, the facts still remain: life remains life –  and there is no golden rule, black or white, right or wrong.  No matter how many people you talk to, or how many experiences you might hear about, none of us truly know what may happen if we let it, or go for it – and perhaps most importantly without need or expectation…instead,  perhaps just for the hell of it – for a notch, a whim, a story, a lesson, a part of our journey, a snapshot of our lives.

Perhaps we just need to enjoy the initial connection simply for what it is, and for as long as we can, whatever our initial ‘itineraries’ (shudder). Because this may be all you’ll ever have together.  Wouldn’t it be nice to make it last as long as possible? 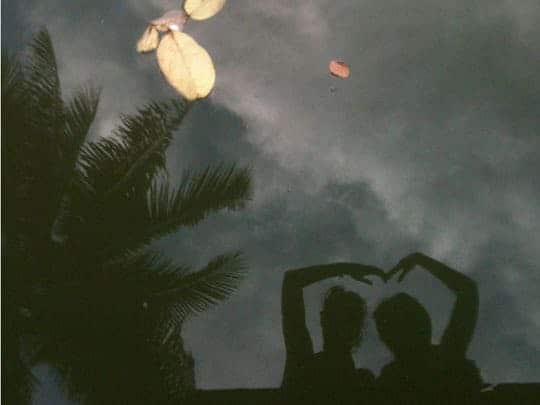 It may not work out. But so what, anyway?  This is the sheer beauty of travelling (well, one of them anyway – seeing temples and stuff’s good too).  I mean, it’s not like we’re gonna be stuck glaring into the back of their skull from the other side of the open-plan office and contemplating the drama of changing jobs when it all goes wrong; on the contrary, we can just hop on a bus, train or plane and change your location instead –  to another town, city – hell, even country – almost as soon as we can say ‘yep, game set and match…over.’

So, the moral to all of this? Erm…I’ll be honest with you – I don’t think there is one. Just, you know, have a good time – you only live once. But be careful whilst you’re at it. One of the guys I talked to told me about a mate of his who met someone for a week whilst travelling and ended up finding out she was pregnant when he got back home. To leave you on a high, though, I’m glad to inform you they are now happily living together in London with a little baby boy.

DISCLAIMER: I am not recommending this as a solution to extending that fleeting romance you enjoyed so much in Hoi An. And neither am I saying that all stories end well. By all means, follow your heart, and believe that what will be will be…though I should probably add here that I am in no way accountable for your shit. Love can hurt. So if you end up taking the fluffy parts of this article a little too much to heart and spend the next six months stuck to facebook chat wondering why she STILL doesn’t talk to you, then please – direct your agony somewhere else… You know what they say, after all – the best way to get over someone is… 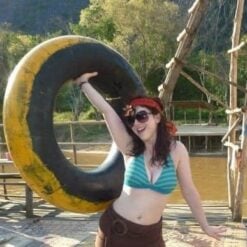 Karen Farini went from owning a Burlesque nightclub in London (Volupté) to running the most popular backpacker hostel on Koh Phangan! Former deputy editor at SEA Backpacker Magazine, Karen has been adventure caving in Malaysia, attended music festivals in Borneo, and interviewed tantric gurus in Thailand - all in the name of journalism! Are you interested in writing for us?