This article is part of a series of articles we are writing to try to inform travellers the truth about the underlying environmental issues behind so many tourist destinations in Southeast Asia. As the author of this article, Cherie Julie, put it: “There is no point in travelling to Bali to swim in the trash or to go to the mountains of Thailand to see that they are on fire.”  If you would like to write about an issue related to travel and the environment, that is close to your heart, get in touch. See here for more articles like this.

Indonesia contains the largest spanning rainforests in all of Asia and holds some of the world’s most diverse landscapes. Home to more than 3,000 animal species and an archipelago of more than 17,000 islands, Indonesia’s natural resources, marine rich oceans and biodiversity are incredible.

Since COVID-19 changed the face of travel, the famous holiday island of Bali alone was averaging a substantial 5 million tourists each year, while places such as Lombok, the Gili Islands and Komodo National Park were becoming more and more popular amongst backpackers.

Meanwhile, other areas, less known to travellers, have been undergoing a dramatic change of scenery. The clear-cutting of forests, illegal fires, social conflict and land wars all paired with the ongoing loss of habitat all have one thing in common; palm oil.

A destination with one of the highest rates of deforestation in the world, Indonesia’s palm oil Industry is experiencing exponential growth! So, just how much land is being destroyed to make way for plantations? According to the Rainforest Action Network, right now around 2.5 million acres a year are lost. However, in the near future, the Indonesian government have plans to convert tens of millions of acres of rainforest into plantations to make palm oil (as well as pulp, plywood and paper) in the coming decade!

What Is Palm Oil?

Grown only in the tropics, palm oil is produced from a tropical palm called the Elaeis guineensis. It thrives in tropical rainforests with high annual rainfall and temperatures in the range of 24-30 degrees celsius. Widely used as a cooking oil, it has replaced the previously used coconut oil in Indonesia and peanut oil in Malaysia.

Hiding in hundreds of names and confusing labels, palm oil has over 200 different ingredient names, to stop consumers from avoiding it. Large corporations use greenwashing to convince us that their products are palm oil free or that the products use only a derivative of palm oil.

The reality is, so many everyday items are now reliant on cheap palm oil that we may have difficulty identifying it at the grocery store. Palm oil is commonly found in a huge array of products, such as food, cosmetics like toothpaste and make-up, plastics, soap and other cleaning agents, even in biofuels. Palm oil is a small ingredient in the U.S. diet, but more than half of all packaged products Americans consume contain it – it’s found in lipstick, soaps, detergents and even ice cream!

Palm Oil and Deforestation In Indonesia

Let’s take a look at some of the key areas that produce palm oil in Indonesia.

Shared with Malaysia and Brunei, Kalimantan covers more than 70% of Borneo and is the third-largest island in the world that is filled with rugged and lush rainforests. As a tourist destination, Borneo is much loved by nature enthusiasts.

These protected areas of Borneo show us that there is something incredibly special about this region. It has wetlands, rivers, oceans, and lakes, plus unspoiled rainforests filled with wildlife and native species of birds, insects and plant life. However, deep in the jungles of Kalimantan, the fires are burning and land is being cleared at a phenomenal rate creating an environmental disaster that affects not only Indonesia.

According to data, if we look at just one example of land clearing in Indonesian Borneo, illegal forest fires between August and October of 2019 released 626 megatons of CO2, which, according to the European Commission, is more than the entire annual output of Australia.

These fires are called Indonesian Peat Swamp Forest Fires because they destroy the peatlands that lie beneath the earth. The peat swamps are so valuable in our fight for climate change because they are the world’s largest natural carbon sink, a reservoir which absorbs more carbon than it expels. Considering the climate emergency we are now facing, to destroy such precious carbon sinks is devastating to our planet as a whole.

The carbon footprint of the palm oil industry has two components (see source):

The drainage of peat swamps for oil palm establishment is associated with extremely high CO2 emissions.

If we avoid deforestation, millions of tonnes of carbon dioxide would remain firmly stored in the ground and trees, and the forests saved can continue to regulate the earth’s carbon-oxygen cycle. (Source.) According to the Indonesia Rainforest Network: “Rainforest and peatland ecosystems store billions of tons of carbon, and their demolition releases huge emissions into the atmosphere. Indonesia is now the world’s third largest emitter of greenhouse gasses after the U.S. and China, with 85% of its emissions profile coming from rainforest and peatland degradation and loss.”

Forest clearing in 2019 saw over 900,000 people in need of medical care for acute respiratory problems according to Indonesia’s Disaster Agency. Pollution levels were “hazardous”, according to the Environment Ministry. The slash and burn technique used in this case is illegal in Indonesia, but they continue to occur in these remote areasto make way for palm oil plantations.

In 2019, the air pollution disaster delayed and disrupted air travel, closed schools and even caused tourists to cancel their travel plans to the region and nearby countries. If you travelled through destinations such as Singapore, Kuala Lumpur, Malaysia, Jakarta on the island of Java, or anywhere in Kalimantan during this time then you are likely aware of the air pollution issues that actually occurs every year during the annual ‘Burning Season’ (July to October in Indonesia, which coincides with the dry season).

You can learn more about the Burning Season across different parts of Southeast Asia here.

Previously known as the Emerald Island , the amazing Leuser Ecosystem is one of the richest and most ancient ecosystems in the world that spans a staggering 6.5 million acres. Located in Aceh Province right on the Northern tip of Sumatra it is protected by Indonesian National Law.

This vital ecosystem is home to the Sumatran tiger, orangutans, rhinos, elephants, clouded leopards and sun bears, plus an additional 382 bird species and 95 reptile and amphibian species can be located within the Leuser forests. This is where over 75% of the world’s Sumatran Orangutan are found and it is considered to be the best location to ensure their survival.

Unfortunately, some palm oil companies still attempt to operate in and around the Leuser Ecosystem. Certain palm oil mills present a major threat to lowland areas of rainforest on the border of the protected area and 2020 is a critical year for ensuring the protection of the rainforest from the expansion of further palm oil development.

The Struggle To Save The Orangutans

Orangutans are just one of the major species under constant threat from palm oil plantations. The large profit that is driving the palm oil industry leaves little compassion for the damage already done to the innocent and vulnerable Bornean Orangutan and the Sumatran Orangutan.

These beautiful animals are now critically endangered. The toxic smog caused by the fires, machines clearing land without any consideration of the wildlife living in the area and the instability of the habitat has led to a dramatic decline of the Orangutan population over the past decades.

According to National Geographic, it is estimated 45,000 orangutans could be lost in the next 35 years. Millions of hectares of land are already being cleared and there is no sign of a slow-down anytime soon.

The palm oil industry impacts air pollution, climate change, soil and water pollution, soil erosion, animal welfare and the human rights of local indigenous populations. It largely affects those who have been placed in this situation through no fault of their own, as large companies continue to profit with minimal consequence.

Unfortunately, avoiding palm oil is difficult, and experts say it will take much more than boycotting major brands to bring about change to this industry. By 2050, the demand for palm oil is expected to more than double . So what can we do? A shift is needed towards sustainable palm oil. Removing palm oil entirely could have an unwanted outcome. This is because oil palms produce 4 to 10 times more oil per acre than soy or canola. If consumer demand calls for such alternatives, it could lead to even more unwanted deforestation.

Global debate of the palm oil industry, the economy and the environment continues and, as you can see, this sector is full of complexities including human rights, animal rights, land rights and so on. The protection of the rainforest and the ecosystems within them are at a continued risk as long as companies continue to illegally expand plantations into protected areas and the framework and law enforcement needed to mitigate risk is unavailable.

Advocacy for the protection of the rainforests in Indonesia is vital. You can make a difference by aiming to support companies that have made the decision to move away from destruction palm oil production and towards sustainable cultivation planning. Shopping a sustainable option is the best way to empower small eco friendly businesses.

What is Sustainable Palm Oil?

You will see some of the more environmentally conscious consumer brands stating that they use palm oil which has been certified as sustainable by the RSPO (Roundtable on Sustainable Palm Oil). The RSPO is a non-profit organisation with over 3000 members, including WWF, who aim to find a solution to the ongoing demand for palm oil. Displaying a certificate from the RSPO demonstrates that a brand has used palm oil which has been produced according to specific criteria that helps to reduce the negative impact on the environment and wildlife.

One of the main RSPO criteria is that land which is cleared for palm oil production must not be an area of significant biodiversity, fragile ecosystems, wildlife or an area home to primary rainforest. In addition the land clearance must not cause harm to the habitat of local indigenous people. Other criteria include a reduction in the use of pesticide, minimising the release of green house gases and a fair wage and working conditions for employees. If a brand is certified as using sustainable palm oil, you will see a CSPO certificate on their packaging.

Learn more about sustainable palm oil by watching this Instagram mini-series on IGTV by RSPO.

How You Can Help in the Fight Against Palm Oil

By Products Without Palm Oil

Editor’s Note – One way to help save the forest from palm oil destruction, is to just try to use less stuff in general! Do you really need that scented body lotion or would a real aloe vera plant do the job? Finding natural substitutes for the products that we use daily is a great way to decrease the burden on our planet. 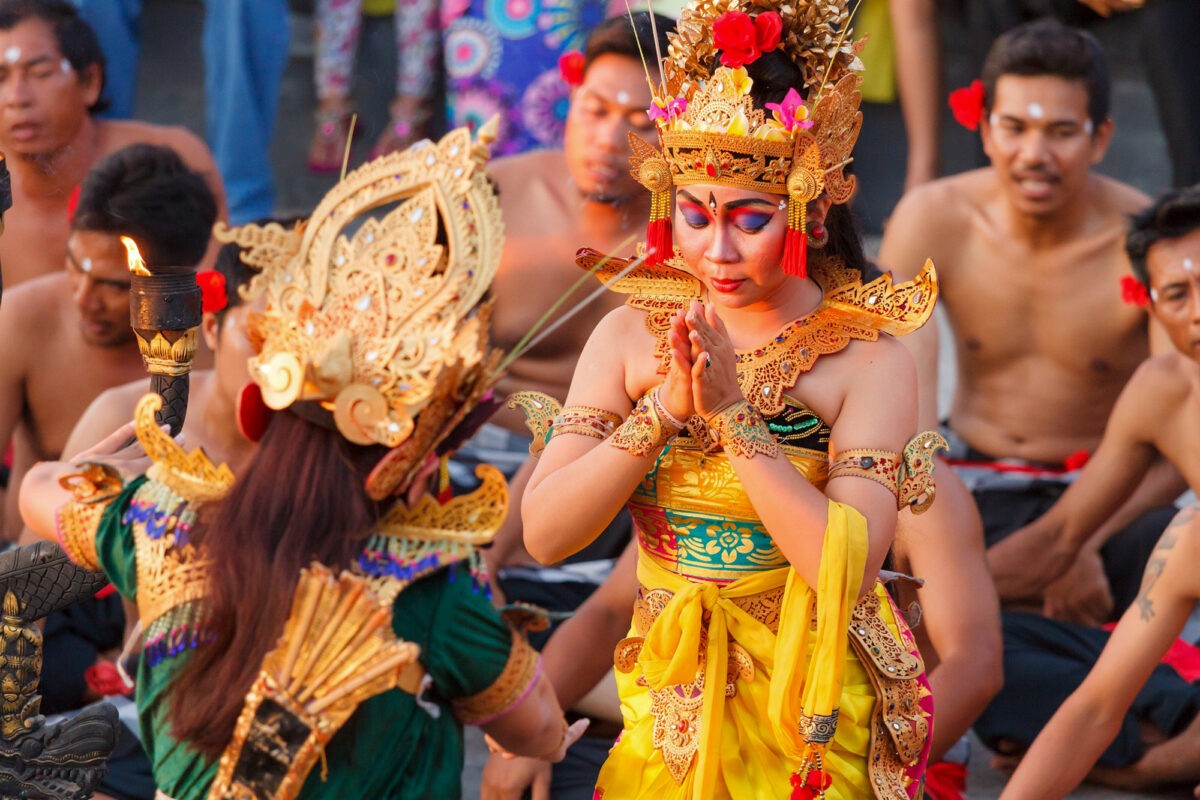 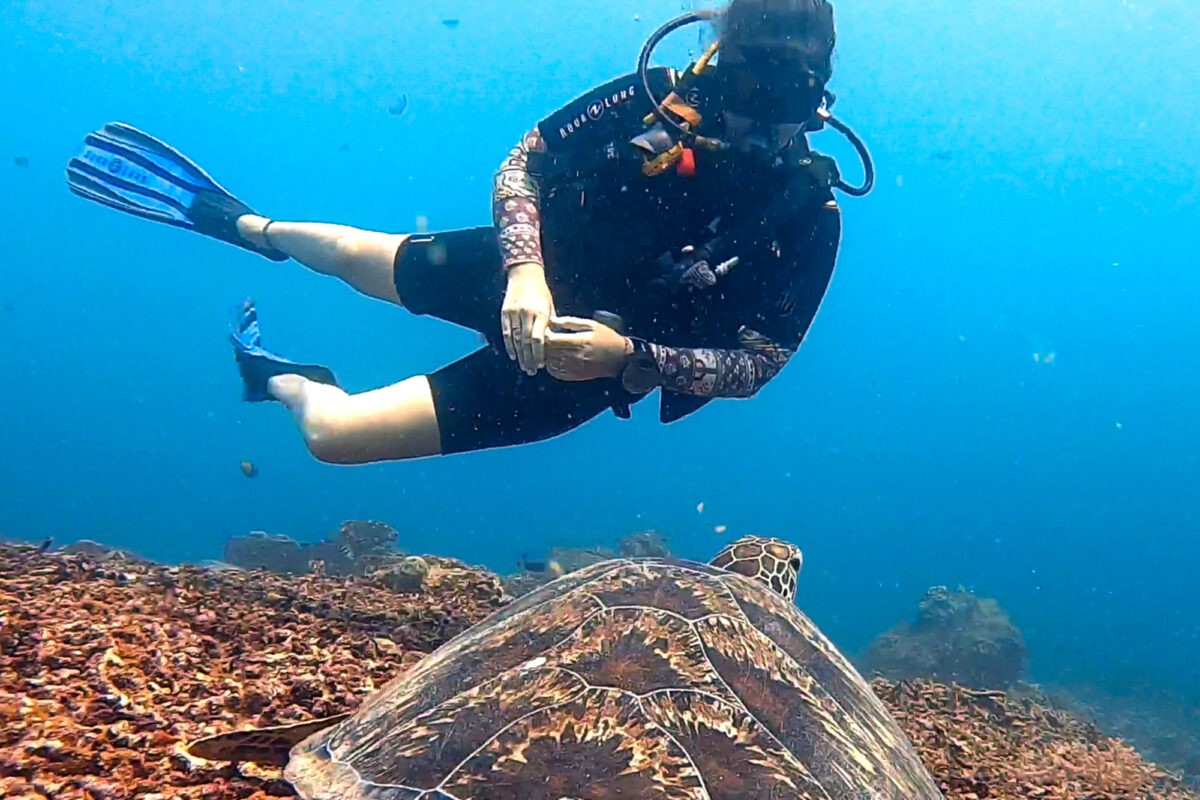