We here at South East Asia Backpacker know how suffocating it can feel to be stuck at home when all you want to be doing is travelling and exploring new places! To keep your travel dreams alive, we’ve compiled a list our of favourite backpacking and travel quotes for you to enjoy.

2. ‘A good traveller has no fixed plan and is not intent on arriving.’ – Lao Tzu.

4. ‘It is good to have an end to journey toward; but it is the journey that matters, in the end.’ – Ernest Hemingway.

5. ‘I am not the same having seen the moon on the other side of the world.’ – Mary Anne Radmacher.

6. ‘Travelling – it leaves you speechless, then turns you into a storyteller.’ – Ibn Battuta.

7. ‘Home is where the heart is, and my heart is wherever I am at the moment.’ – Lily Leung.

8. ‘That’s the difference between backpackers and holidaymakers, the former can’t help but invite hassle whilst the latter pay to escape it.’ – Harry Whitewolf.

9. ‘If you think adventure is dangerous, try routine; it is lethal.’ – Paulo Coelho.

10. ‘Once the travel bug bites there is no known antidote, and I know that I shall be happily infected until the end of my life.’ – Michael Palin.

11. ‘One’s destination is never a place but a new way of seeing things.’ – Henry Miller.

14. ‘Once in a while it really hits people that they don’t have to experience the world in the way they have been told to.’ – Alan Knightly.

15. ‘Long-term travel doesn’t require a massive bundle of cash; it requires only that we walk through the world in a more deliberate way.’ – Rolf Potts.

16. ‘To travel is to discover that everyone is wrong about other countries.’ – Aldous Huxley.

17. ‘Nothing behind me, everything ahead of me, as is ever so on the road.’ – Jack Kerouac.

18. ‘If you reject the food, ignore the customs, fear the religion and avoid the people, you might better stay home.’ – James Michener.

19. ‘I just wish the world was twice as big and half of it was still unexplored.’ – David Attenborough.

20. ‘Backpacking is the art of knowing what not to take.’ – Sheridan Anderson.

21. ‘The biggest adventure you can take is to live the life of your dreams.’ – Oprah Winfrey.

22. ‘I can’t think of anything that excites a greater sense of childlike wonder than to be in a country where you are ignorant of almost everything.’ – Bill Bryson.

23. ‘I dislike feeling at home when I am abroad.’ – George Bernard Shaw.

24. ‘Do not follow where a path may lead. Go instead where there is no path and leave a trail.’ – Ralph Waldo Emerson.

25. ‘Wherever you go becomes a part of you somehow.’ – Anita Desai.

26. ‘Nobody can discover the world for somebody else. Only when we discover it for ourselves does it become common ground and a common bond and we cease to be alone.’ – Wendell Berry.

28. ‘Every dreamer knows that it is entirely possible to be homesick for a place you’ve never been to, perhaps more homesick than for familiar ground.’ – Judith Thurman.

29. ‘Life is either a daring adventure, or nothing.’ – Helen Keller.

30. ‘I may not have gone where I intended to go, but I think I have ended up where I needed to be.’ – Douglas Adams.

31. ‘A journey of a thousand miles must begin with a single step.’ – Lao Tzu.

33. ‘Travel makes one modest. You see what a tiny place you occupy in the world.’ – Gustave Flaubert.

34. ‘Travelling is like flirting with life. It’s like saying, “I would stay and love you, but I have to go; this is my station.’ – Lisa St. Aubin de Teran.

35. ‘I’m a big believer in winging it. I’m a big believer that you’re never going to find the perfect city, travel experience or the perfect meal without a constant willingness to experience a bad one. Letting the happy accident happen is what a lot of vacation itineraries miss, I think, and I’m always trying to push people to allow those things to happen rather than stick to some rigid itinerary.’ – Anthony Bourdain.

36. ‘Two roads diverged in a wood and I took the one less travelled by, and that has made all the difference.’ – Robert Frost.

38. ‘I travel light; as light, that is, as a man can travel who will still carry his body around because of its sentimental value.’ – Christopher Fry.

39. ‘And then there is the most dangerous risk of all – the risk of spending your life not doing what you want on the bet you can buy yourself the freedom to do it later.’ – Randy Komisar.

43. ‘I have found out that there ain’t no surer way to find out whether you like people or hate them than to travel with them.’ – Mark Twain.

44. ‘Every man can transform the world from one of monotony and drabness to one of excitement and adventure.’ – Irving Wallace.

45. ‘Everything you own must be able to fit inside one suitcase; then your mind might be free.’ – Charles Bukowski.

46. ‘Travel, in the younger sort, is a part of education; in the elder, a part of experience.’ – Francis Bacon.

47. ‘Live with no excuses and travel with no regrets.’ – Oscar Wilde.

48. ‘When you’re travelling, you are what you are right there and then. People don’t have your past to hold against you. No yesterdays on the road.’ – William Least Heat-Moon.

51. ‘A journey is best measured in friends, rather than in miles.’ – Tim Cahill.

54. ‘When preparing to travel, lay out all your clothes and all your money. Then take half the clothes and twice the money.’ – Susan Heller.

55. ‘Life is short and the world is wide, the sooner you start exploring it, the better.’ – Simon Raven.

57. ‘Life begins at the end of your comfort zone.’ – Donald Walsch.

58. ‘Man cannot discover new oceans unless he has the courage to lose sight of the shore.’ – André Gide.

60. ‘For the born traveller, travelling is a betting vice. Like other vices, it is imperious, demanding its victim’s time, money, energy and the sacrifice of comfort.’ – Aldous Huxley.

62. ‘To awaken quite alone in a strange town is one of the pleasantest sensations in the world.’ – Freya Stark.

63. ‘Through travel I first became aware of the outside world; it was through travel that I found my own introspective way into becoming a part of it.’ – Eudora Welty

64.‘Travel has a way of stretching the mind. The stretch comes not from travel’s immediate rewards, the inevitable myriad new sights, smells and sounds, but with experiencing firsthand how others do differently what we believed to be the right and only way.’ – Ralph Crawshaw

65. ‘Travel is fatal to prejudice, bigotry, and narrow-mindedness, and many of our people need it sorely on these accounts. Broad, wholesome, charitable views of men and things cannot be acquired by vegetating in one little corner of the earth all one’s lifetime.’ – Mark Twain

67. ‘Most of my treasured memories of travel are recollections of sitting.’ – Robert Thomas Allen

68. ‘Travel is more than the seeing of sights; it is a change that goes on, deep and permanent, in the ideas of living.’ – Miriam Beard

69. ‘Don’t tell me how educated you are, tell me how much you travelled.’ – Prophet Muhammed

70. ‘Perhaps travel cannot prevent bigotry, but by demonstrating that all peoples cry, laugh, eat, worry, and die, it can introduce the idea that if we try and understand each other, we may even become friends.’ – Maya Angelou

72. ‘We must go beyond textbooks, go out into the bypaths and untrodden depths of the wilderness and travel and explore and tell the world the glories of our journey.’ – John Hope Franklin

73. ‘What you’ve done becomes the judge of what you’re going to do – especially in other people’s minds. When you’re travelling, you are what you are right there and then. People don’t have your past to hold against you. No yesterdays on the road.’ – William Least Heat Moon

74. ‘To my mind, the greatest reward and luxury of travel is to be able to experience everyday things as if for the first time, to be in a position in which almost nothing is so familiar it is taken for granted.’ – Bill Bryson

Got a great backpacking quote that we’ve missed? Let us know your favourites in our Facebook Community! 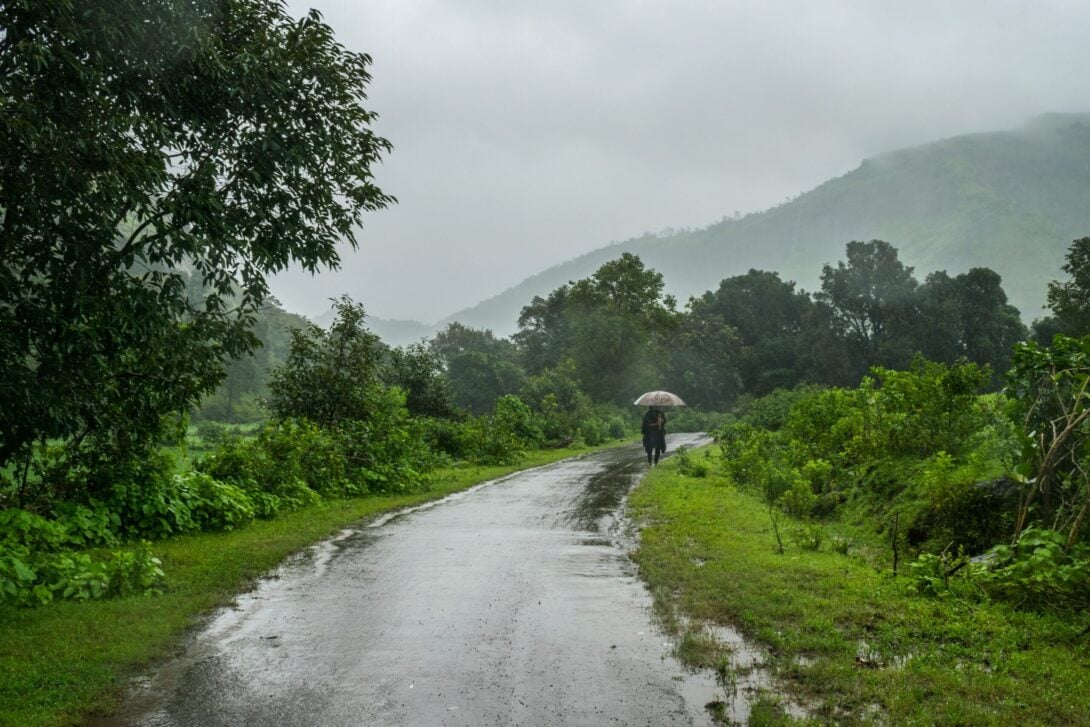 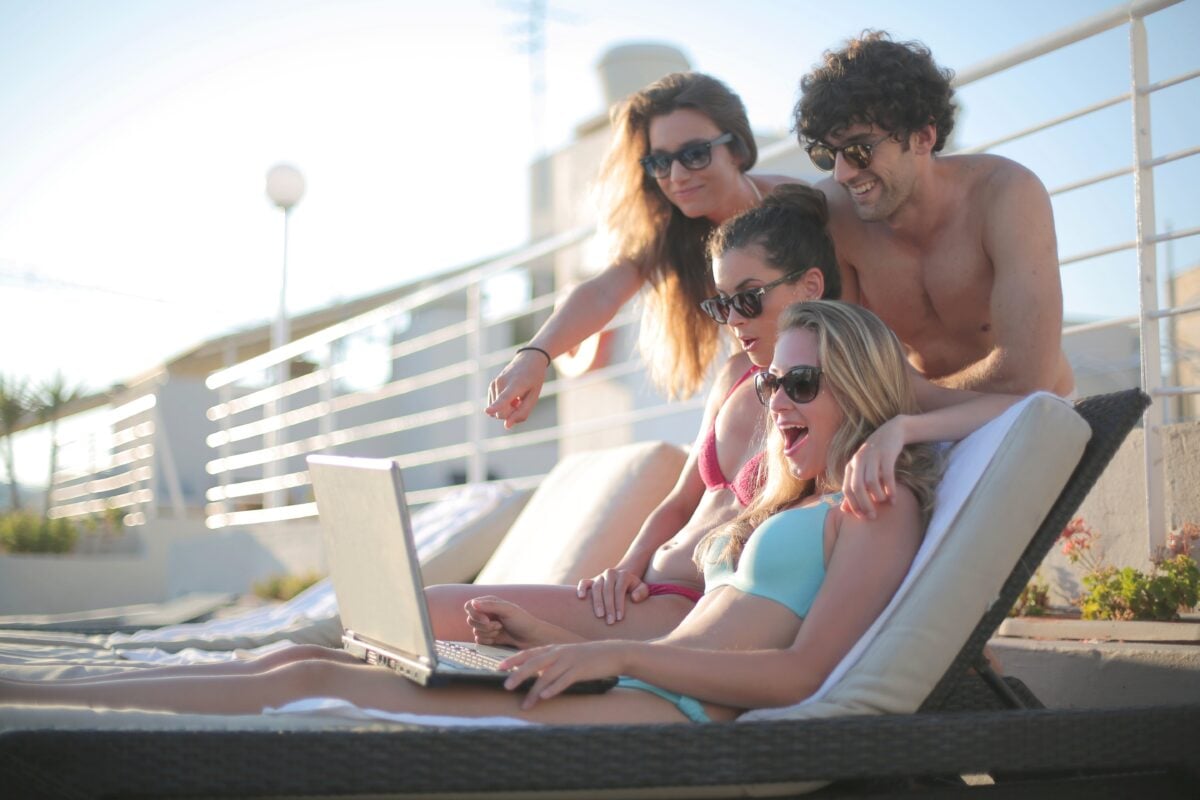 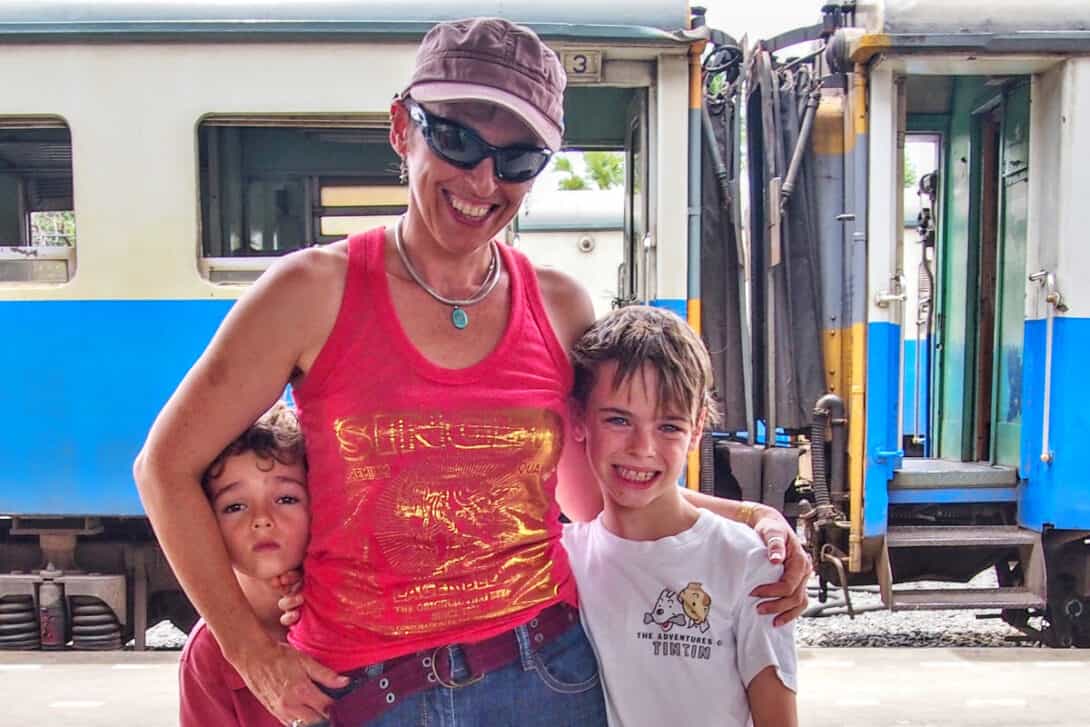