Temple-hopping is always exciting when you first visit Thailand. However, after a month in the Land of Smiles, each temple starts looking the same. You lose interest in even the most historical ones…

I felt temple-weary myself after travelling in Thailand for close to two months. This was until I set eyes upon the spectacular Wat Pha Sorn Kaew in Phetchabun Province, which completely rejuvenated my excitement. I must say that Wat Pha Sorn Kaew is definitely the most beautiful temple that I’ve ever found, and I’ve seen more than I can count!

Built in 2004, Wat Pha Sorn Kaew is a baby compared to many other temples in Thailand. Yet, it boasts a bold design that no other Thai temple can compete with. Covered in more than five million mosaic and pottery pieces, Wat Pha Sorn Kaew glitters from afar and amazes up close. To me, this temple represents a new frontier in religious architecture. It’s a man-made wonder.

This is why I believe Wat Phra Sorn Kaew will be an ancient wonder of the world in 1,000 years. Watch this space.

Wat Phra Sorn Kaew is set on a mountain peak, more than 800 meters above sea level. As you enter the temple compound, you will be greeted by various temple halls that look more like delicate artworks than places of worship.

The first thing that caught my eye was a white porcelain statue made up of five Buddhas, standing tall amidst the surrounding mountain ranges. The design of the five Buddhas took a leaf from the concept of Russian dolls, with each Buddha smaller than the one before it. The statue was so mesmerising that I sat down right in front of it and stared for about 15 minutes. The craftsmanship was so delicate, the five Buddhas so beautiful and peaceful. The whole place seemed to emit such peace and oneness.

Many Thais knelt in front of the five-Buddha statue and prayed. I joined in and immediately felt so much more at peace with myself. There was a magical aura that calmed people—it must be Buddha’s holiness. After praying, you can walk around the huge platform that is holding the statue. Panoramic views of vast mountain ranges and deep valleys abound. I can’t imagine that there could be a better place of worship than here, deep within the mountains and full of peace and quiet.

As you walk from the five-Buddha statue to the main prayer hall, you will pass by the monks’ residence. The modern building boasts European influence, and part of the façade is delicately covered with shiny mosaic pieces. For a moment you might think you’re in Europe because you would never expect a Buddhist monk residence to be so elegant. It’s fair to say that nothing at this compound looks like any other temple in Thailand.

The main prayer hall is the highlight of Wat Phra Sorn Kaew.

Here you can see the full effect of the millions of tiny mosaic and pottery pieces—simply stunning. The prayer hall looks like a magical palace from a children’s storybook: shiny, full of colour and other-worldly. Almost every inch of the main hall is beautifully plastered, from the main stairways to the walkways and pillars.

These mosaic and pottery pieces are not just random bits placed together; there is an obvious pattern and concept to the design, which revolves around nature. The pieces form celestial bodies, flowers and animals. With hundreds of concentric circles, I wonder if the artist’s intention is to symbolise that all life comes full-circle. Your imagination runs wild while admiring and interpreting the forms of the mosaic art.

After admiring the art, climb up to the main prayer hall. There are a couple of levels that you can climb to enjoy aerial vistas of the entire compound. The viewing balconies are also circular in shape, offering a generous 360-degree view of the surrounding mountain ranges.

Exit to the walkways, and you will find sitting Buddhas under open shelters. This is the artist’s rendition of the traditional stupa, where Buddha sits in an enclosed pyramid-shaped hall. I’ve never seen an open stupa anywhere else in Thailand. The modern design broadens the definition of what a stupa can be, and it is this forward-looking mindset that makes Wat Pha Sorn Kaew so invigorating.

Wat Pha Sorn Kaew is located just off the Phitsanulok-Lom Sak Highway, which is a scenic drive on its own. Any bus that plies this section of the road can drop you off at the exit for the temple. I took the bus from Phitsanulok to Phetchabun and arrived at the turnoff in about two-and-a-half hours. From there, you can hitch a short ride up the mountain or walk a couple of kilometers uphill yourself. Alternatively, you can rent a motorbike or car and make a day trip to the temple.

I strongly recommend that you visit the temple in the late afternoon. The weather is much cooler, and sunset enlivens the compound with magical light rays. Stay until dusk and watch the sun disappear behind the distant mountain peaks.

Wat Pha Sorn Kaew still remains deeply etched in my memory. The audacity of the colours and overall design took me completely by surprise. It’s unlike any other temple you will find in Thailand, and you’ll remember it for the rest of your life! 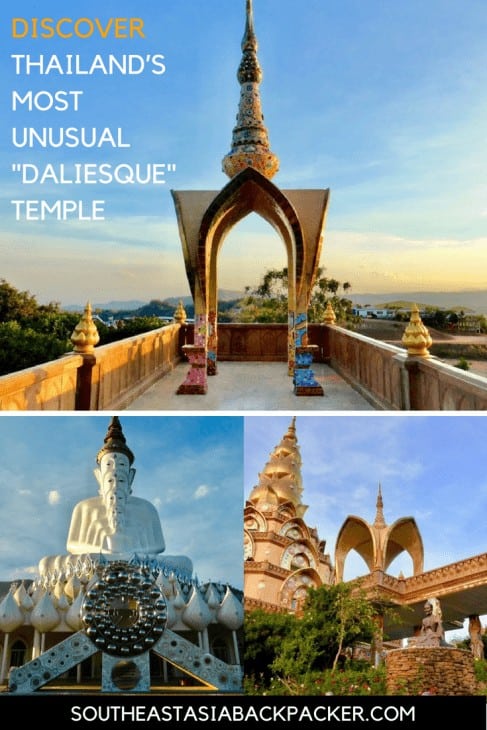 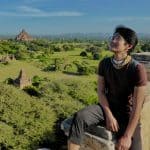 Jeremy is the founder of Walking Worlds which focuses on cultures and off-the-beaten-track places around the world. He has been travelling since 2013 and has been to most countries in Asia and Eastern Europe. He is particularly interested in exploring and loves sharing interesting destinations with others. Are you interested in writing for us?