It’s THE dream job right? Traveling from continent to continent with your camera capturing the beauty of our incredible planet. Of course many of us would trade in our jobs for the exotic life of a travel photographer. But what is it really like? What are some tips for getting started in the industry? And what are the perks!? 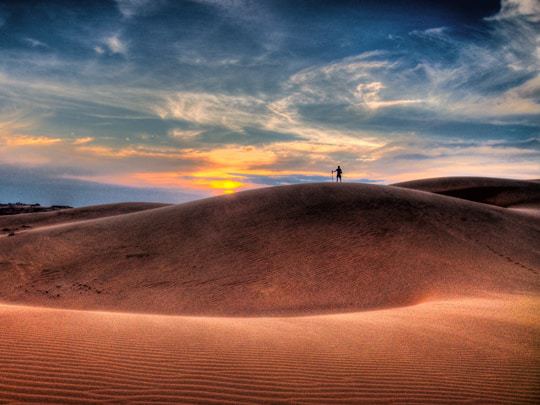 Flash Parker is a professional writer and photographer originally from Innisfil, Ontario – a small town about 65km north of Toronto. In a previous life Flash was a screenwriter (film credits include Wireless and I Hate Dating) and author (Night Has Fallen was released in 2008); currently he travels extensively on assignment as a freelance photojournalist. Flash has had articles and photographs published in South East Asia Backpacker Magazine, Conde Nast Traveler, Lonely Planet, Asian Geographic, American Way Magazine, Reader’s Digest, Get Lost Magazine, Escape Magazine and more; additionally, Flash has been nominated for a 2011 PATA Gold Award in destination journalism. 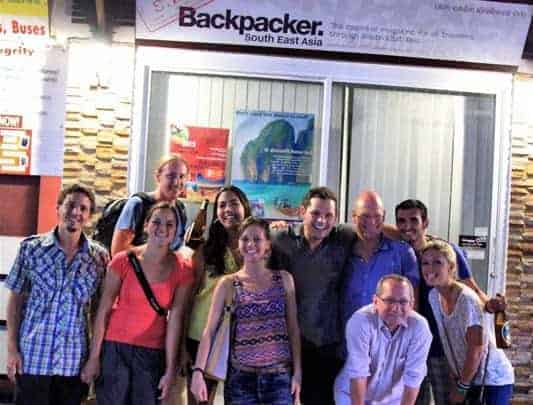 So Flash, how did you get into travel photography?

In 2008 I was mired in a creative funk. My first novel had been released earlier in the year and I had yet to start work on my second. I wasn’t working on any film projects at the time. It was the right time to take a trip and attempt to jumpstart my creative energies. I decided on South Korea; the only things I knew about Asia I had learned from Jackie Chan movies. I knew I was bound to find inspiration.

The first thing I noticed about Korea was that everyone walked around with a gigantic SLR hanging from their neck. I resisted the temptation for a while but finally relented – even though I was the world’s worst photographer at the time. I would shoot anything that moved and half the things that didn’t. I thought a big, expensive camera would make me a better photographer. It didn’t. It made me worse, if anything; I didn’t know the first thing about manual controls, f-stops, ISO or exposure. I was overwhelmed. I decided that I didn’t like being a rank amateur with a big camera; I started to study. I consumed as much information as I could – I read stacks of photography books, I experimented with every style and technique I could think of, and I joined the Seoul Photo Club to learn from like-minded folk. I started using off-camera flash to imitate images I saw in advertisements and on magazines. As luck would have it, a fashion designer in Seoul saw some of my images online and asked me if I’d shoot one of his collections. I took the money I made from that assignment and bought a ticket out of town; I decided then I would spend my photography money on experiences and not new equipment. On that first trip I had a lot of fun but since I was shooting without any purpose or focus my work was uneven at best.

It wasn’t until I returned to Korea later in the year that I got my first big break as a travel photographer. An editor at a magazine in Singapore called and asked if I could write a luxury travel story on Seoul. This I knew I could do, so I accepted. The editor also asked if I knew anyone who could shoot images to go with my story – I had no idea if I could pull this one off, but I told the editor that I had it covered. Invariably I must have done a decent job; it was for this piece that I was nominated for the PATA Gold Award.

Since that time I’ve written more than 30 travel articles and had a few hundred images published. Now when I hit the road I think about what it is I want to see or shoot before I leave home. This way I’m able to travel with purpose and a focus; it helps me create informed images of a place and people.

I got into travel photography with a little bit of luck; I’m hoping that hard work can help me keep at it a little while longer.

When you were a kid and people said “what do you want to be when you grow up?” – what did you say?

It depends on how old I was at the time! I remember at different times wanting to be different things; I was obsessed with dinosaurs for a period and wanted to be a paleontologist. For a time I thought I could succeed as a marine biologist (dissecting a frog in 10th grade science cured me of that fantasy). I even wanted to be a lawyer for a little while – one of the duller stages of my life, apparently. What has always been present has been my desire to be a writer. I started writing short stories in the third grade; Foltar the Magical Gnome was met with mixed reviews from my English teacher. 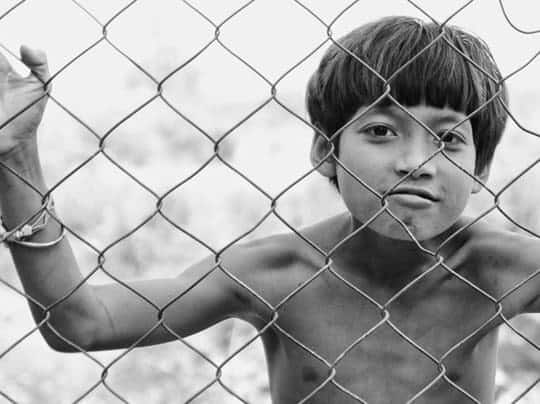 What is a typical day for you?

I live two lives – like a dull James Bond imposter. There’s the exciting, adventurous life of the road, where I live out of a suitcase or backpack and travel to far flung destinations chasing images and creating stories. That’s the fun part. That’s the part people tell me they are envious of. No schedules, no restrictions, no commitments. People have a romanticized vision of how life on the road really is, and for the most part those visions are fairly accurate. It’s the greatest job in the world and a lot of fun.

The other side of the coin is my life behind a computer. When I’m not traveling or when I have an assignment due I’ll put in 12-14 hours at the keyboard. I also spend a lot of time communicating with my editors, planning trips, researching destinations and mapping out shooting itineraries. It’s harder than people think to come up with good travel material; it’s more than just showing up to a place and writing about it. For every 2,500-word travel article I have published I may have put in another 100 hours of research – not to mention the time on the road. I put in more hours at “work” than most people I know. Not that I’m complaining – it beats a 9-5 in a suit and tie. One of the biggest perks is working from home in my underwear (it’s harder to get away with this when working from a hotel veranda).

Since launching Flash Light Photography Expeditions with photographer Dylan Goldby I’ve spent plenty of time working on trip logistics, deals with sponsors and workshop materials. I’d like to say there’s never a dull moment, but you know how that usually ends. 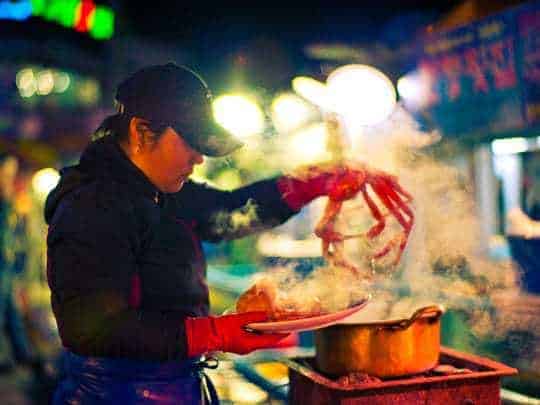 What is your greatest achievement to date?

Selling my first screenplay started it all. Selling a script is one of the most difficult things a writer can do so I’m incredibly proud of that. Being nominated for a PATA Gold Award is also something I’m proud of, considering the nominated company. Still, the fact that I get to travel for a living gives me cause to pause. I’m humbled by the fact that people are interested in the things I write and the things I shoot; that someone wants to read about the time I chipped a tooth eating a frog in Vietnam or the time I pepper sprayed a monk’s feral dog in Laos amazes me. 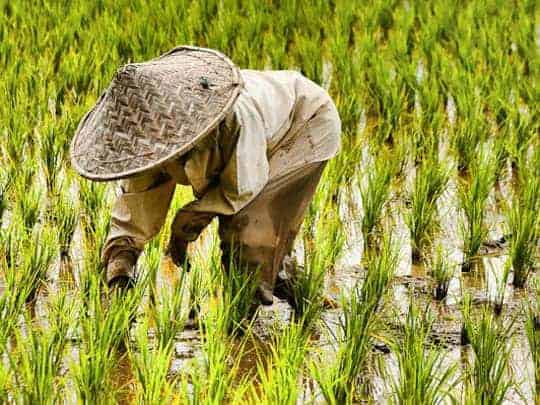 What are your ambitions for the future?

Going forward, I want to make Flash Light Photography Expeditions a big success. I want to show people how to travel well and how to shoot better; I think there’s a direct connection between the way we appreciate the world through photography and the way we experience it as travelers.

Also, I hope to write and shoot pieces that elicit change, motivate or move people to make a difference in their community or on a larger scale. Doing as much travel as I’ve done over the last few years has opened my eyes to how a lot of the world works – and just how much we can do as fortunate, privileged western folk. I’ve started to do more conservancy writing and I hope to continue with that. If my writing or my images have the ability to evoke change then I’ll have done something positive with my life. 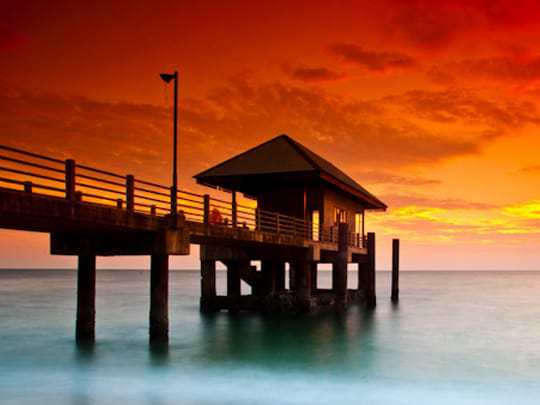 To find out more about Flash Parker or join one of his Flash Light Expeditions visit the website here!

One thought on “The Truth about Life as a Travel Photographer: Interview with Flash Parker”