Google ‘Things To Do in Cambodia’ and you’ll quickly discover that the number one attraction of the country is the famous Angkor Wat Temple, located just outside of Siem Reap.

Cambodia’s answer to Machu Picchu, Angkor, the world’s largest religious building, receives over one million tourist visits each year, with some travellers simply nipping in and out of the country within a matter of days for the sole purpose of visiting the site!

But while the temples of Angkor are a wonder to behold, and it would be foolish for backpackers to miss them off their Cambodian itinerary entirely, believe it or not, there is more to Cambodia than these crumbling ancient ruins! So, once you’ve posed as Lara Croft among the ruins of Ta Phrom, took endless photos of Bayon’s 214 enigmatic faces and captured the morning sunrise from every imaginable angle, it’s time to discover what the rest of this enchanting country has to offer!

10 Best Things to do in Cambodia (that don’t involve the word Angkor!)

We’ve compiled a top 10 list of things to do in the Kingdom of Cambodia that don’t involve the word Angkor. Unless it involves drinking a cool glass of it after a very different type of Cambodian adventure!

And, if you’re looking for more information for places to visit and tips on backpacking in Cambodia, also head over to our comprehensive Cambodia Travel Guide.

1. Explore the Countryside of Kampot

A quiet riverside town, Kampot is a nostalgic throwback to the French colonial era, where crumbling French architecture lines lazy boulevards and locals ride bicycles through the peaceful streets. An up-and-coming backpacker hang out, Kampot has some great restaurants and watering holes that have sprung up on the riverfront.

Located on the scenic Damrei River in the Bokor Mountains within reach of waterfalls, caves and unspoiled countryside, Kampot can be used as a base for adventure! Rafting, kayaking and trekking are all possible in the area, as are tours to the nearby salt and pepper farms for which Kampot is famous for. Another great way to explore the countryside of Kampot is on a SUP (Stand Up Paddleboard) adventure! Alternatively, hire a moped and head into Bokor National Park for a unique Cambodian experience.

Where to stay in Kampot? Our community recommends Monkey Republik Kampot.

2. Gorge on Seafood in Kep

Smaller, than Kampot, sleepy Kep is an overgrown fishing village famous for its potent fish sauce and succulent crab! A must try is the fresh seafood in the town, where you can gorge on squid, prawns and crab overlooking the ocean for a meagre price!

Founded in 1908 as a French colonial retreat, Kep became the favourite seaside destination of King Sihanouk during the 1960s, before the rise of the Khmer Rouge. The eerie remains of decadent colonial villas can be seen along the seafront, many of them destroyed during the civil war. (Don’t miss a visit to Kep’s famous Crab Market!)

Where to stay in Kep? Our community recommends Khmer House Hostel.

Catch a boat from Sihanoukville’s litter-strewn Serendipity Beach and in just 45 minutes, you’ll arrive at the tranquil Saracen Bay where you can grab yourself a hostel and forget the world exists! Don’t miss the amazing Driftwood Beach, north of the island which is home to a few rustic backpacker bungalows and not much else.

Where to stay in Koh Rong Samloem? Our community recommends Easy Tiger Bungalows.

While many backpackers head to Koh Tao in Thailand to learn to dive, Cambodia also has some worthwhile dive sites for beginner divers. While most of the dive sites are quite shallow (10-15 metres) and the chance of spotting larger creatures like whale sharks is not really a possibility, there’s a large variety of macro life with colourful nudibranchs (sea slugs) and seahorses.

Most dive trips go from Sihanoukville (not our favourite place in Cambodia) to the islands of Koh Kon, Koh Rong Samloem and Koh Tang. Many of the Cambodian islands are uninhabited and between dives, you can relax on the white sandy beaches or snorkel off the shore.

All of the dive sites are at least 1½-2 hours from the mainland in order to provide the best quality visibility available! (Unfortunately, much of the coral reefs in Cambodia have been damaged by dynamite fishing.)

Tonle Sap Lake is the largest freshwater lake in Southeast Asia and of great importance to Cambodia. It’s a bit more unusual than “normal” lakes: Its flow changes direction twice a year and the portion that forms the lake expands and shrinks dramatically with the seasons. This means that entire villages are dismantled due to the season and the waterline of the lake, most communities have adjusted by living in makeshift “floating villages” on boats.

The lake is home to a large Vietnamese & Cham community that has managed to adapt very well to the lake’s seasonal changes. So, whether it’s the school or rubbish dump, living room or local store – the boat is not only the main transport system but also home for local residents. You can book a day tour of the floating villages on the Tonle Sap lake from Siem Reap.

Which Tonle Sap Lake Tour should you take?

It is important to do your research when it comes to the floating villages of Siem Reap as many of the tours are run by unethical outfits that aim to rip off tourists, as well as not giving any money to the villagers themselves. Some of the floating villages should be completely avoided. Read more in our article here: The Floating Villages of the Tonle Sap Lake. Here are two of the best floating village tours we’ve found:

Where to stay in Siem Reap? Our community recommends Onederz Siem Reap.

6. Take the Bamboo Train in Battambang

When I first heard about the bamboo train, I had no idea what travellers were talking about! The picture that came to mind was of a cute toy train with carriages made out of bamboo, maybe similar to something you would find at a park or zoo to take tourists for a ride.

Instead, tucked away in Battambang province in the northwest of Cambodia, this train takes you on a journey back in time on an undeniably unique form of transport, one that understands that the journey is often more important than the destination!

Where to stay in Battambang? Our community recommends Pomme Hostel.

7. Trek in the Cardamon Mountains

Head northwest towards the Thai frontier and you come to Koh Kong Province, an area of breathtaking beauty and incredible biodiversity that was almost inaccessible until the completion of Highway 48 just three years ago. As a result, the one-time smugglers’ port of Krong Koh Kong is transforming itself into a centre of ecotourism. The deserted beaches of Koh Kong Island are a major draw, as are the mangrove forests lining the coastline and the ecolodges sprouting along the Tatai River.

More adventurous travellers can head upriver to the remote hamlet of Chi Phat, home to a pioneering ecotourism initiative, and the truly intrepid can hire a guide to trek deep into the Cardamom Mountains, one of Southeast Asia’s last great wildernesses.

Where to stay in Koh Kong Province? Our community recommends the Osoam Cardamom Community Center.

Siem Reap is home to Cambodia’s most unique form of evening entertainment, the highly celebrated Phare Circus! An innovative social enterprise, money made through ticket sales goes to supporting youth education and professional training in arts, theatre, live music. Performers are graduates from the art school and NGO Ponleu Selpak located in Battambang. The show is a real cultural experience as performers tell stories about Cambodian history, ancient and modern and is a must-see whilst in the country! There are nightly performances at 8pm all year round and tickets start at $18 US or $30 US with dinner included.

Many deserted island paradises can be reached from Sihanoukville via boat. But go now, as they’re changing fast! Beaches are the stuff of glossy calendar covers and more often than not end up being entirely yours and yours alone. Hammocks are plentiful, lazing around is encouraged, and to-do lists are an unknown concept.

Also, don’t miss Koh Russei (Bamboo Island) and Koh Ta Tiev! Like much of the Cambodian coastline, things are changing fast as investors move in. Find out more about Cambodia’s islands here.

Where to stay in Koh Tonsay? Our community recommends Srey Ngin Bungalows.

10. Visit The Killing Fields and S-21 Museum in Phnom Penh

Finally, we couldn’t conclude this list without encouraging you to learn more about the tragic history of this country. In an attempt to understand the Cambodia of today, every visitor to the kingdom should be aware of the recent history and the terrifying, four-year reign of Pol Pot and the Khmer Rouge, in which one third of Cambodia’s population was senselessly murdered.

The Killing Fields of Choeung Ek is the site of mass graves where thousands of victims, (men, women and children) were killed for absurd reasons. Scraps of clothing and bits of bones can still be found on the ground bringing the events even closer, sending shivers down your spine as you try to contemplate how on earth human beings could do such things to other human beings.

A Buddhist Stupa made of real human skulls has been erected at the site to commemorate the horrific loss. The site is located about a 40-minute taxi ride south of the city. Many travellers group together and hire a tuk-tuk driver for the whole day, (costing around $15 US) combining a visit to the Killing Fields with the S-21 Museum – which makes for a hard-hitting lesson in human atrocity.

Tuol Sleng Genocide Museum (S21) was once a high school and the building was converted to a prison from 1975-1979 during the Khmer Rouge period to house ‘enemies of the state’. As you look at the photos of these so-called enemies you will see photos of babies not even old enough to talk! An estimated 17,000 prisoners were kept here under the direst conditions, many tortured before almost certainly ending up in one of the mass grave sites such as Choeung Ek. Thousands of faces of victims stare back at you from black and white photographs – stories of stolen lives and unthinkable anguish.

Where to stay in Phnom Penh? Our community recommends Billabong Hostel.

Have you travelled to Cambodia? What do you think are the ‘must do’ experiences in the country? We’ll be adding to this list regularly, so please send us your ideas! And, for more Cambodia tips, be sure to join our Facebook Community! 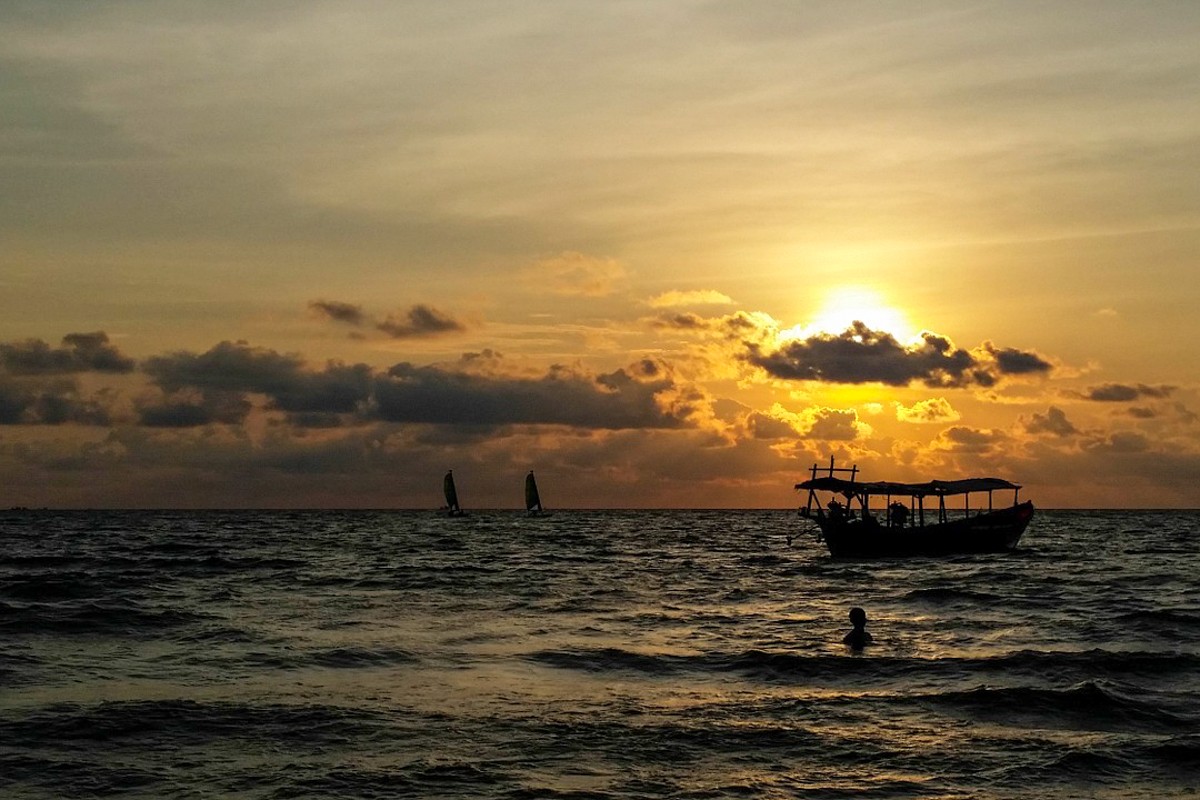 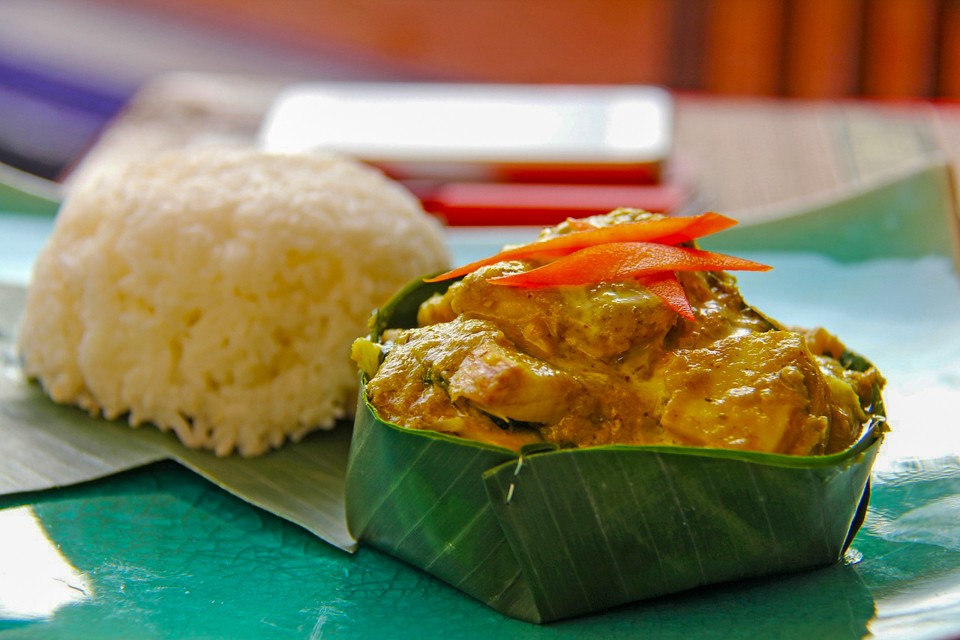 10 thoughts on “Top 10 Things To Do in Cambodia (Apart from Visiting Angkor Wat!)”