Skip to content
Urban exploration (“urbex” for short), also known as “haikyo” (“ruins/abandoned buildings” in Japanese), had already been popular long before these terms came into use. Children over the years have dared each other to go into the spooky abandoned house down the road, often spurred on by claims that it is haunted. Teenagers often use such places as the setting for their early experimentation with cigarettes and other forbidden substances. The interest for adults, however, has grown exponentially over recent years, heavily fuelled by the growing trend in social media, especially Instagram.

What draws people to derelict buildings?

Let’s be honest about this, having a social media account full of pictures of abandoned buildings is often perceived as “edgy”. There is a level of daring inherent in entering a place that is no longer monitored for safety. Urbexing is a risky hobby (see the Dangers and Annoyances section below). That said, I am confident that “looking cool” is not the primary attraction for most urban explorers. There is a thrill in that moment you drive past a site that has those tell-tale signs of broken windows and graffiti. In my case, I often slam on the brakes of the motorbike with an eager “ooooh…”, my girlfriend, Nikki, on the back, tends to emit an “Oh God!” as she rolls her eyes. The familiar search for an entry point is on…

It’s no secret that photographs of abandoned places can be very striking. Decay and decline make for character in an image, as do the interesting angles that can be achieved through shells of doors, windows and holes in walls. Forgotten places are often flooded, which offers the photographer interesting reflections to play with.

Juxtaposition between grime and beauty

Many deserted places are surrounded by incredible countryside. I am particularly fond of capturing shots of luscious environments through windows and doors, leaving a bit of the grime from the inside in view.

Items on the floor

It’s very common to find all sorts of goodies on the floor. Old diskettes, school books and, of course, scary dolls are often lying around. This would be a good time to mention one key piece of urbex etiquette; such items are to be treated with a “look but don’t touch” mentality. It is not acceptable to take or break anything while exploring. These random objects are a major factor in what gives a place its charm, leave your site in the state others would like to find it!

Anyone lucky enough to explore an abandoned factory, medical facility or better still NASA/Roscosmos space centre (yes, that really does happen!) will be blessed with findings of all kinds of technical equipment few of us get to see in everyday life.

A history lesson awaits us

There is, without fail, a story to be learnt about every abandoned building. Whether or not you manage to find this story out is another question. However, every building has its past. If it’s become disused, there was a reason. Sometimes it’s a simple question of bankruptcy or social factors such as economic relocation (the pueblos abandonados found all over rural Spain pay testament to this). More often than you might expect there’s a tale of disaster hiding between those cracked walls. The task of researching your discovery’s past can often be as exciting as the time you’d spent exploring it in the first place.

We are thrill seekers at heart

Why do we like to watch horror movies, or visit theme parks? We are adrenaline seekers. We want to be scared. Our hearts beat faster as we walk down a corridor towards a door, not knowing what awaits us on the other side and we like it!

I wouldn’t for a moment suggest you ever break into a building that has been closed off to you, or ignore “Keep Out” signs. There is no need to break any laws to enjoy the experience of urbex. Many abandoned places have a wide-open entry point, please stick to these! You needn’t worry about losing your edge. There is always a slight feeling of “I shouldn’t be here”. It’s an enjoyable feeling…

Things are out of the ordinary

My character draws me to situations where things are not as they usually are. Mass demos in cities thrill me, as do those moments when you’re leaving a big football match and the fans fill the street, blocking the traffic. Living in an age where health and safety regulations keep us bubble-wrapped into a set way of things working, we (or, at least, I) long for more unpredictable situations, where we must be more alert to our surroundings. The spiritualists among us might even suggest that such times force us into the present moment. I won’t tell them they’re wrong…

Trains and boats and planes

It’s not all about buildings. Finding vehicle wrecks can be equally exciting. Occasionally you even get to go inside! Cars, buses and motorcycles are all very common finds, but it doesn’t stop there. Whilst cruising along the coast of Kerala on our scooter we discovered the ship featured below. These urban explorers even discovered a space shuttle!

It is incredible to see how quickly nature regains control once a structure is left to fend for itself. Plantlife bursts its way through even the thickest cement in no time at all. There is something life affirming (depending on your outlook, I guess) in seeing nature reclaim its land. We found several fine examples whilst exploring Goa, the image below of an out of control Banyan tree is just one of them…

What kind of abandoned places will you find in Asia?

Asia is a wonderful place to seek out your thrills as an urban explorer. Most uninhabited buildings have suffered no attempt whatsoever to be closed off. There tend to be no security guards, dogs or cameras (all three of which are the blight of the UK, where urban exploration is made nigh on impossible without breaking the law). The variety of sites is rich, with theme parks, prisons, amusement and commercial centres all on offer along with more “niche” settings such as the Aeroplane Graveyard in Bangkok. One species of neglected building you’ll come across a lot in Asia is the unfinished construction. In South Asia (I speak from my personal experiences in Sri Lanka, India and Nepal), these can be borderline boring, as they often resemble multi storey car parks and don’t offer much scenic variety as you work your way through them. In Thailand, however, they are made a hell of a lot more interesting by every urbexer’s favourite decoration, graffiti… Of course, in many places (Sri Lanka and Nepal both clear examples), it is very common that a building in ruins has a painful history to it. It is important to bear this in mind. It might even put you off exploring the site completely. In October we visited Navalady, a hamlet neighbourhood of Batticaloa, on a small peninsula on the east coast of Sri Lanka. This little strip had been hit extremely hard during the civil war and even harder by the tsunami in 2004 which wiped out a third of its population. I can’t deny, I did still go exploring there and take a few photos, but I felt somewhat guilty about doing so.

It goes without saying that there are plenty of dangers to be taken into consideration. Some urbexers enjoy scaling the outside of the buildings they are exploring, which is obviously a particularly dangerous way to do things. There are deaths due to such activity, including this case in Bangkok.

Urbex dangers tend to fit into a few broad categories:

Falling through/off things – Weak floors, no hand rails, sudden holes in the floor and slippery surfaces are all common. Being hit by falling objects – Roofs are often in a terrible state. Even sturdy looking beams can be brought down in strong winds Sharp objects – Broken glass and random nails poking out of things left right and centre are the least of your worries. Fancy stepping on a used syringe? No, no you don’t… (Thankfully this doesn’t appear to be too much of a problem in Asia). Animals – I’ve come across snakes and massive spiders during my exploration. We didn’t meet the tiger that the local kids warned us of in the abandoned hotel complex in Agonda, India, though the possibility of a big cat encounter may not be as ridiculous as it sounds. Of course, let’s not overlook the risks of monkeys, dogs and the most dangerous of all animals… People – I’ve not had any bad experiences in Asia (or in fact, anywhere) with people so far, but the danger is undoubtedly a real one. People often set up their homes in otherwise uninhabited buildings, the degree to which they welcome uninvited visitors will vary. While most will probably be fine, there is always the possibility they’ve set themselves up a hidden place in which to practise illicit activities. Walking in on a crack den and surprising its inhabitants will probably not be on everyone’s bucket list, and with good reason. Arrest – Let me repeat the mantra; If there’s a keep out sign, or any indication whatsoever that you’re not allowed into a place, don’t go in, it’s just asking for trouble.

If you haven’t been put off by the aforementioned dangers and annoyances, urbex could be your thing (if it’s not already). Time to seek out that abandoned mansion, ghost town or former prison island you’ve heard about, a fascinating world awaits you… Would you like to add to our urbex collection? Send us in a description of the place you’ve explored along with some photos. Help show our readers the hidden side of Asia! Urbex Appeal on Instagram… [ux_instagram_feed username=”urbex_appeal” photos=”8″ image_hover=”zoom” type=”slider” width=”full-width” columns=”4″ slider_nav_color=”light”] [molongui_author_box] 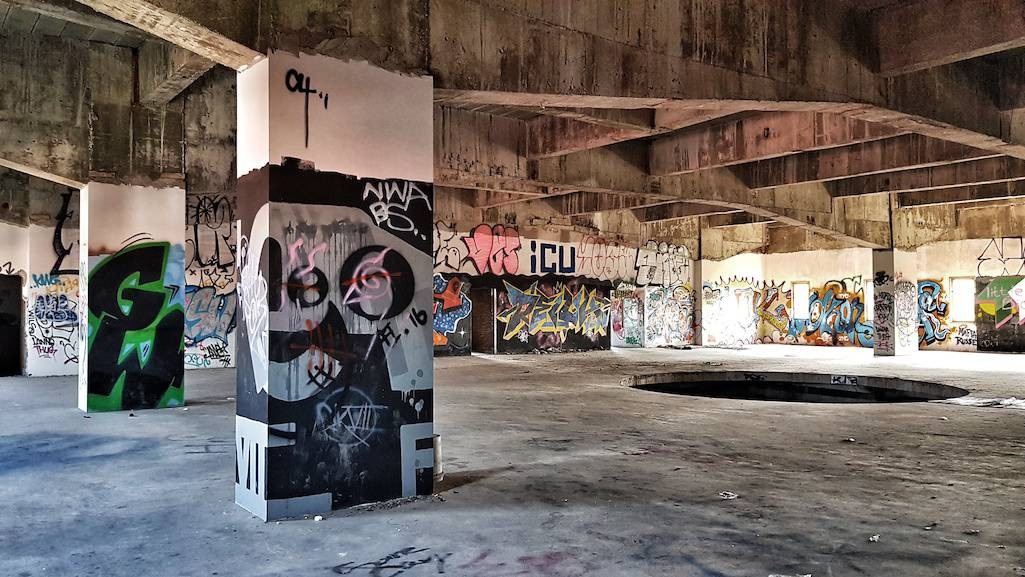 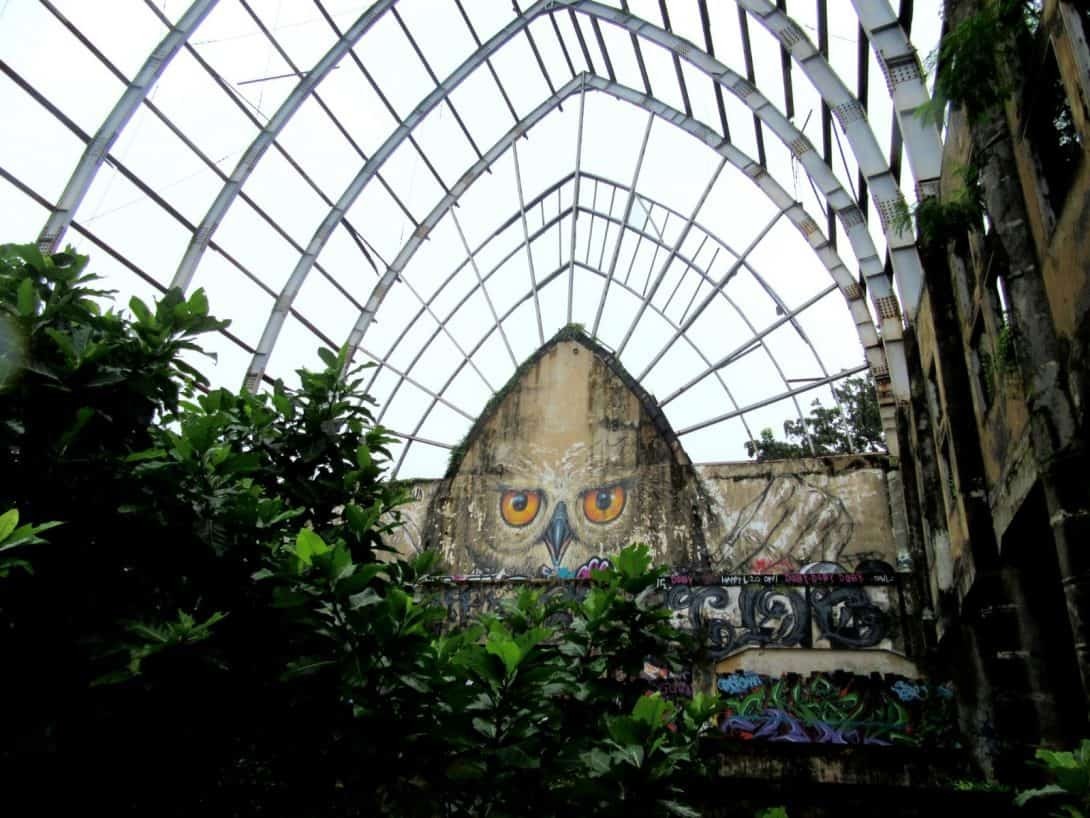 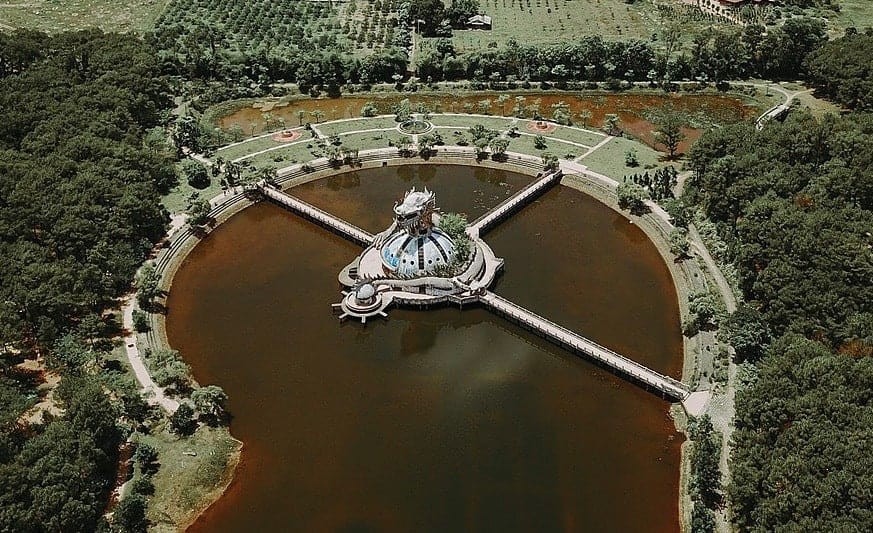